i was working on some hadoop stuff recently, and as a total beginner, i found that the map/reduce concept was not easy to understand, despite the huge number of tutorials.
the wordcount example is the ‘hello world’ of hadoop, but when i prepared a small presentation for my team, i realized it was not clear enough to explain map/reduce in 5 minutes.

as you may already know, the map/reduce pattern is a pattern that is very good for embarrassingly parallel algorithms.

okayyyy but… what is an embarrassingly parallel algorithm?
answer: it is an algorithm that is very well fit to be executed multiple times in parallel.

ok then… what is very well suited for a parallel execution?
answer: any algorithm that’s working on data that can be isolated.

when writing an application, if you execute multiple occurrences of it at the same time , and they need to access some common data, there will be some clash, and you will have to handles cases like when one occurrence is changing some data while another other is reading it. you’re doing concurrency .
but if your occurrence is working on some data that no other occurrence will need, then you’re doing parallelism . obviously you can scale further, since you do not have concurrency issues.

fortunately, it’s very easy to do it in parallel instead.

let’s have a look at this map: 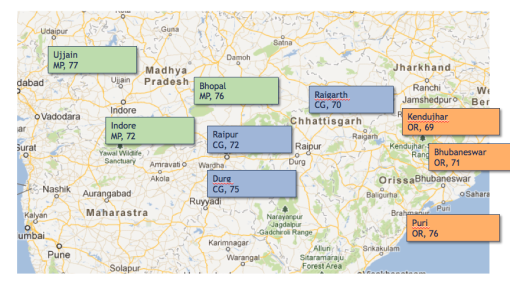 this is a map of india. there are several states : mp, cg, or… and several cities, each one having {state, city average temperature} as value.

we want here to calculate the yearly average per state. in order to do that, we should group the city average temperatures by state, then calculate the average of each group. 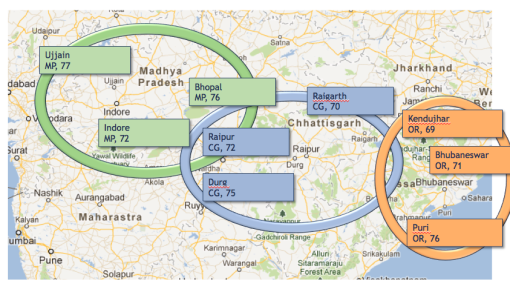 we don’t really care about the city names, so we will discard those and keep only the state names and cities temperatures. 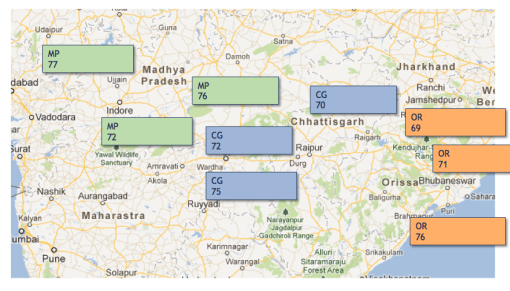 now we have only the data we need, and we can regroup the temperatures values by state. we’re going to get a list of temperatures averages for each state. 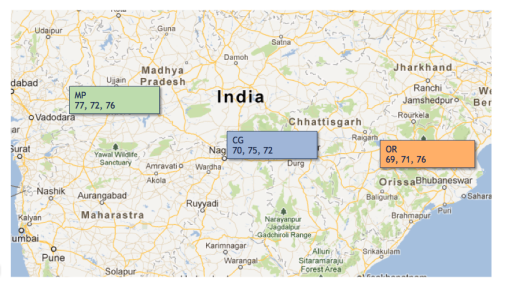 at this point, we have the data in good shape to actually do the maths… all we have to do is to calculate the average temperature for each state 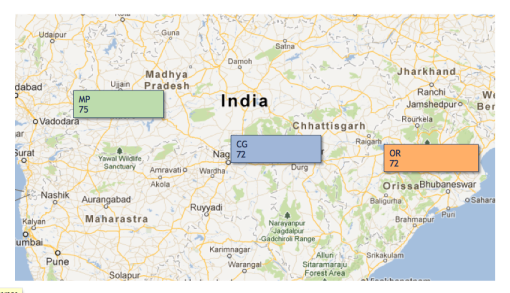 we had some input data. we did a little regrouping, then we did the calculation. and all this could be executed in parallel (one parallel task for each state).

well… that was map/reduce !

let’s do it again

the shuffle part is done automatically by hadoop, you just need to implement the map and reduce parts.

you get input data as <key,value>  for the map part.

in this example, the key is the city name, and the value is the set of  attributes : state and city yearly average temperature . 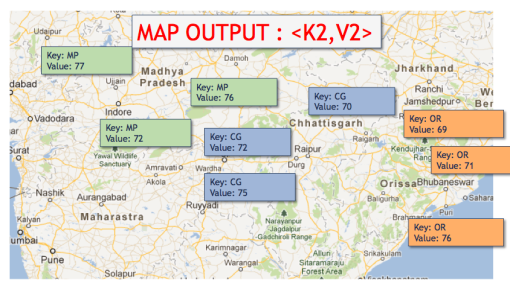 now, the shuffle task will run on the output of the map task. it is going to group all the values by key, and you’ll get a list<value> 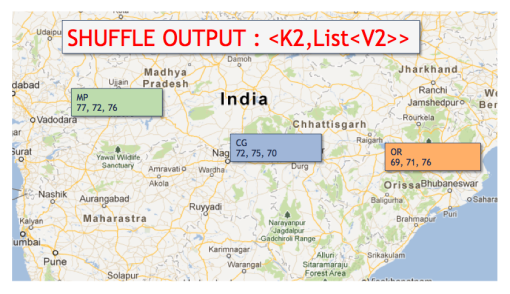 and this is what the reduce task will get as input : the key, list<value> from the shuffle task. 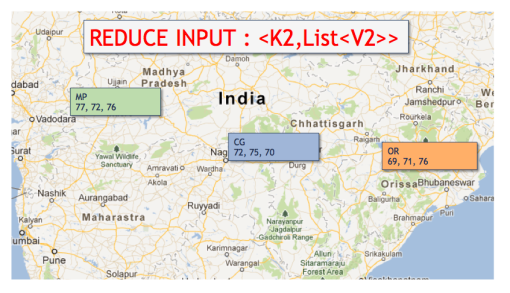 the reduce task is the one that does the logic on the data, in our case this is the calculation of the state yearly average temperature.

and that’s what we will get as final output

this is how the data is shaped across map/reduce:

i hope this helped makes things a bit clearer about map/reduce, if you’re interested in explanations about map reduce v2/yarn, just leave a comment and i’ll post another entry.

ps: the java code for this example can be found here: