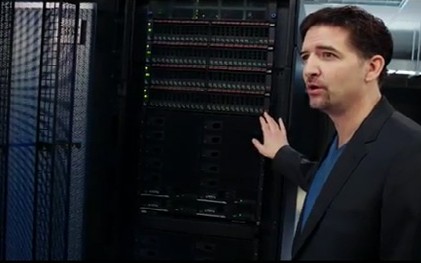 First an apology, it has taken me months to get these KubeCon interviews published. Life, as it always does, got in the way. Each is likely to be two parts, a general interview, then a dive into a tool mentioned. The second part of the interview with Jason covers IBM’s new tool, Razee.

Hear the full interview below, it’s the first of the three.

As a major cloud, we believe in cloud-native, we’ve been doing Kubernetes and containers for five years and so we’re at KubeCon to talk about what we’re doing, to meet with clients, and to contribute to the community.

Is your offering less off the shelf and more consulting, or somewhere between the two?

It’s both. I mean IBM is probably the only end-to-end and tech company anymore — we have both product and consulting services.

On the product side, we have a global public cloud that we run in 30+ countries that people can use as a platform for hosting their applications. We have clients like American Airlines, Harley Davidson and Maersk and others who use us as their public cloud. We also have a private cloud stack aligned with our public cloud that people run in their data center or run themselves on other clouds. Then, of course, we have a pretty rich collection of consulting services that can go with these offerings.

What are some of the services you offer in your cloud?

Our public cloud is a full spectrum, so we have infrastructure services, i.e., compute, network, and storage. I think one of the differentiators we have is a strong bare metal capability, that has served us well with clients. In the platform space, we have our managed communities service called IKS.

We have a Cloud Foundry service, we have a serverless platform called Cloud Functions, and we have higher-level capabilities like database as a service, and AI and ML with Watson.

Most of these services run on Kubernetes themselves, so we have a lot of operational experience using container platforms as part of our production system.

A subset of this stack is also available in private cloud as a Kubernetes-based stack.

What about hybrid cloud offerings?

I think we have a comprehensive stack where you can mix public and private together. Recently we announced multi cloud management, which is a set of tools to help you manage across environments. This is useful when you run tens or dozens of clusters of Kubernetes in different places as it lets you manage and see security, networks and application policies, and apply them across clusters.

Another part of the enterprise is things like security compliance and isolation. If you want fully isolated clusters running on dedicated hardware that’s not shared by anybody, or on isolated networks, you can still fully manage them via the corporate network.

What’s on the roadmap for the next six months?

There’s always interesting stuff on the roadmap, and I think we’re in this interesting transition period with customers trying to figure out how to move the more mission-critical systems into the cloud. Taking Kubernetes and all the ecosystem around it and helping enterprises be successful, that is our focus.

I think Knative as a tech stack is the next big thing for 2019 and 2020. Also how you bring functions and apps into the picture and have that part of the stack be consistent. Those are the areas where we’re doing a lot of work on not only helping the projects but building it into our platforms and building the tools around it to help people be successful leveraging them.

Is IBM Cloud for casual devs?

I’m not an unbiased speaker but IBM over the last five years has spent a lot of time on design and has one of the best corporate design practices in the world, and we’ve applied a lot of that to our cloud experience. So I think getting started is simple considering our feature set.

I’m an old app server guy, and application middleware is kind of how we think, and today that’s passe in the cloud world. We’ve spent time on composability, and the idea of having a catalogue of APIs so you can wire together services is something that has always been at the foundation of how we thought about how IBM cloud would work.

You can take ideas like “I want to build a containerized app, leverage blockchain, and call the Watson API”, and that’s a compelling reason to use our cloud.

There’s been controversy with some cloud vendors not being open source. Where does looking after the business and making sure that the open-source underpinnings are healthy stop and start?

Open source has been one of the core principles of our cloud approach from the beginning.

I think IBM over the last 20 years has been consistent about open source and with contributions. We invest time on governance and making sure that those projects are strong technically but also have a governance structure around them that allows them to flourish.

IBM helped with the open container initiative and lots of other initiatives. We have to keep the base healthy, and then we take that, and we make it available in our products. Most of the time its packaging and integration, and the public cloud is easier to sell because the value prop is we run this as a service for you. There’s a ton of value in setting up, security and updates with a stack like Kubernetes and we can do that for you.

In the private cloud, I think it’s more about integrating all the pieces. Even with the CNCF there are dozens of projects and expecting developers to self-assemble all these pieces is a lot of research and work. So there’s a value prop in bringing that together as a platform.

What percentage of your offering do you keep closed source?

I don’t know what the percentages are to put a real number on that. In some of our legacy businesses, there’s more proprietary code, and in M.Q. messaging and business process management, things like that. Even in those cases what we’re starting to do is package and optimize to run on this new platform.

There’s lots of open source that underpins Watson. You know we’ve been pretty consistent in this idea. The place to look most of the time is where does it touch the code or application that the user is going to create. If there’s a touchpoint that of some artefact they’re going to build we want that artefact to be an open-source open standard, so that they have freedom of action because that’s where their time investment.

How does IBM differentiate from Microsoft and Google, and all the other companies starting to offer similar services?

We are more centered towards enterprise developers, so we look at that spectrum of users. As part of that, we’ve had a stronger hybrid slant historically to our cloud strategy than some other vendors. We help enterprises make this cloud-native journey, with not only the new things they’re building but also how they take the 80 percent of existing apps they have and find a way to bring them into the cloud as well.

Our knowledge of enterprise does influence the subtleties of how we build those things. How you do security in isolation, how you do contracting for cloud, how you enable them to do encryption and key management. There’s subtle detail that can become the motivation for taking something as a service and being able to use it in an enterprise context. I think we understand that better than anyone else.

You shouldn’t underplay the hybrid aspect. Most of our competitors do no really have a comprehensive hybrid strategy where the same stack is available in a consistent way between on-prem and off. Some of them are trying to get there, but to be successful, that’s going to have to be real. We have lots of clients who are using public cloud for some things, and they’re using private cloud for others. Those decisions change over time. I think that hybrid notion is key.

You know it’s funny, four years ago IBM got flak for talking a lot about hybrid, and there is maybe a mindset in the industry the hybrid wasn’t real cloud, and now everyone’s doing something in hybrid because it’s just the pragmatic reality. 30 years of I.T. investment doesn’t change overnight. Even if we all believe cloud is the ultimate model, there’s a long period where we’re going to need both.

How to Deploy a Container to The IBM Cloud Kubernetes Service

The What, Why, and How of Hybrid Cloud Strategy