My wife (Nicole) has been by my side for several years – watching me architect, design, and develop applications. She has witnessed ideas born from cocktail napkins become part of the hundreds of articles I have written as a freelance writer. Nicole was there when I designed quite successful applications for her mother and twin sister.

She is also the decorator of our home. Above my desk is a very cool reminder she had made, which simply states "everything begins with an idea." To help you visualize this piece of artwork, I took a photo using my smartphone:

The sign is something I see every day and continues to inspire me to reach deeper in providing the best solutions and publications possible.

Earlier this year, I had the honor of talking to a guy named Johnny Dallas (@_johnnydallas_). I am confident you have not heard of him … at least, not yet.

Johnny started his career in tech while still in high school. He wrote a lot of YAML for AWS, where he worked as the youngest engineer at Amazon. While he gained a great deal of DevOps knowledge during that period of his life, he was asked to spend a majority of his time creating data-serialization files in YAML manually.

Soon, Johnny realized that his time would be far better spent creating processes which could automate the tasks he was asked to perform manually. Combine that with his inner drive and growing passion for the DevOps industry space, and a company called Zeet was founded.

Zeet was created to automate repetitive DevOps tasks, so that users of the Zeet ecosystem can remain focused on the primary objectives of their unique solution. This led to Zeet's primary mission, which is to “help every team deploy like a top-tier tech company.”

This means that Zeet handles everything you need to go from a some code-based repository to a deployed and scalable application which can be monitored, as shown below in this simple illustration of the five steps Zeet automates:

Zeet provides support for 10 popular languages, plus pretty much anything that can exist in a Docker container – provided there is a git-based repository, Dockerhub image, or any Helm chart to utilize. The code just has to be accessible by the Zeet service.

The detection phase can be manual or can be done by something called “MagicDetect,” which analyzes the underlying source code to determine which of the supported code bases will be used for the remainder of the processing. Using “MagicDetect” allows Zeet to better configure the build, scale, and monitor aspects.

With the source application code identified and some basic elements defined, the Zeet service will automatically build your application without having to worry about setting up CI tools such as AWS CodeBuild, CircleCI, Jenkins, and Travis CI.

Finally, the application is configured for monitoring, with pre-built interfaces available for the following technologies: AWS CloudWatch, Datadog, Dynatrace, PagerDuty, and Pingdom.

Using Zeet for the First Time

Now let's look at how Zeet takes my project from a simple git repo to a fully deployed, scaled, and monitored application, with zero effort or input by me.

Initially, I used one of the existing git-based repositories to take Zeet for a test drive. Then, I decided to take the code from a real Node.js application, which used to be a Lambda in AWS, in order to see how Zeet handled this scenario.

The application consumes a Fabric.js payload and returns either a PNG (image preview) or specialized SVG version – which is used for publication purposes. Since the code in the git-based repository does not require any external services, it seemed like a great item to use with Zeet.

The code was uploaded to my GitHub account as a private project:

Getting started with a free trial of the Zeet ecosystem only requires a GitHub account and the following URL:

I decided to log in using my GitHub account and selected GitHub as the source for my project.

The second step of new Zeet project creation is to select the repository I wish to use:

With my Zeet configuration set up to access public and private repositories, I selected my Node.js (private) repository – whose name is hidden for confidentiality purposes.

In the third step, I was able to select the lowest (e.g. tiny) size environment for my sample application: 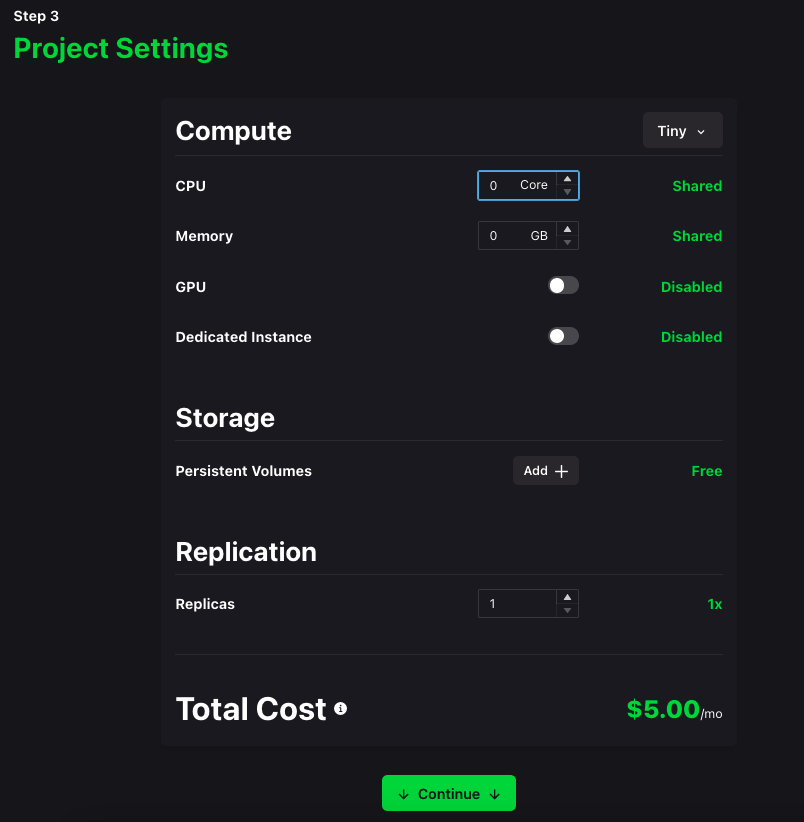 The final step is to deploy the application, which appears from the following summary screen: 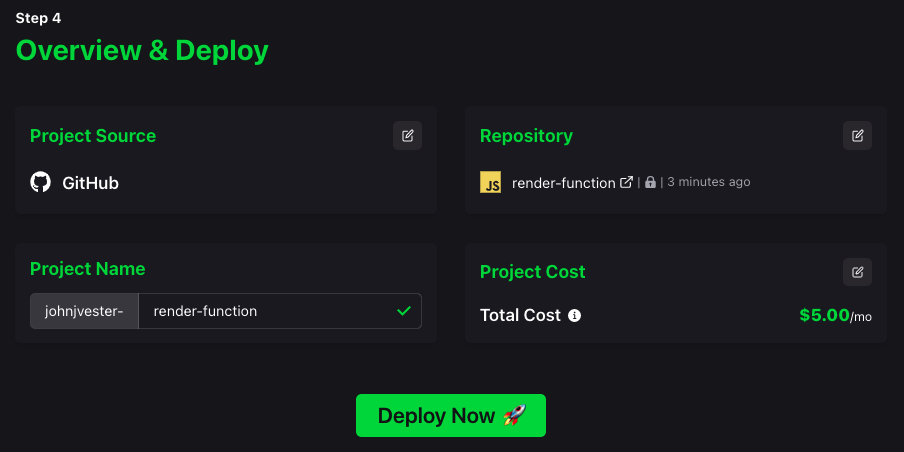 Upon clicking the "Deploy Now" button, the Zeet ecosystem took control of the process, performing all of the necessary steps to provision and make my custom Node.js service available.

Within a few minutes – of which most of this time was consumed by running the npm install command – the deployment process was complete: 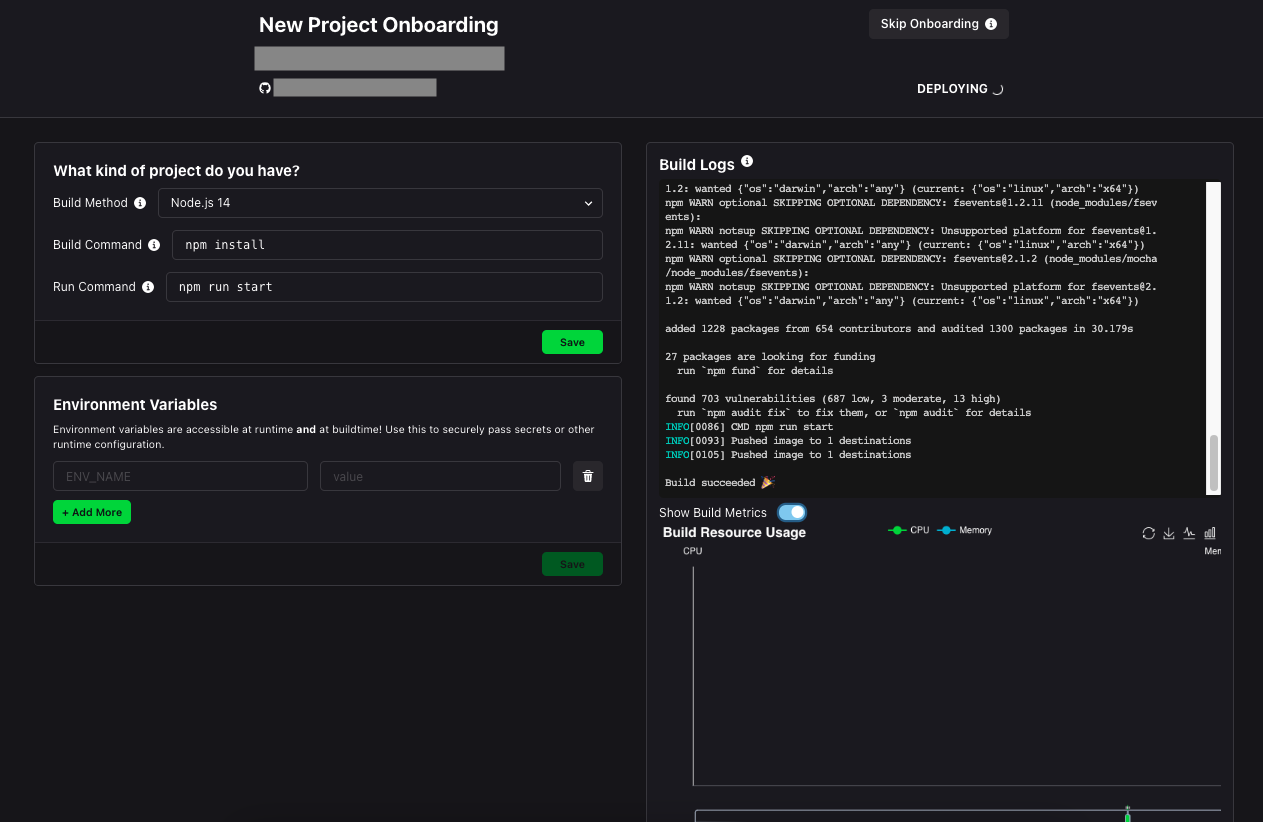 Zeet even provided a nice toast message to confirm the process's successful completion:

With the application deployed, I was able to use Postman to submit a request to the service: 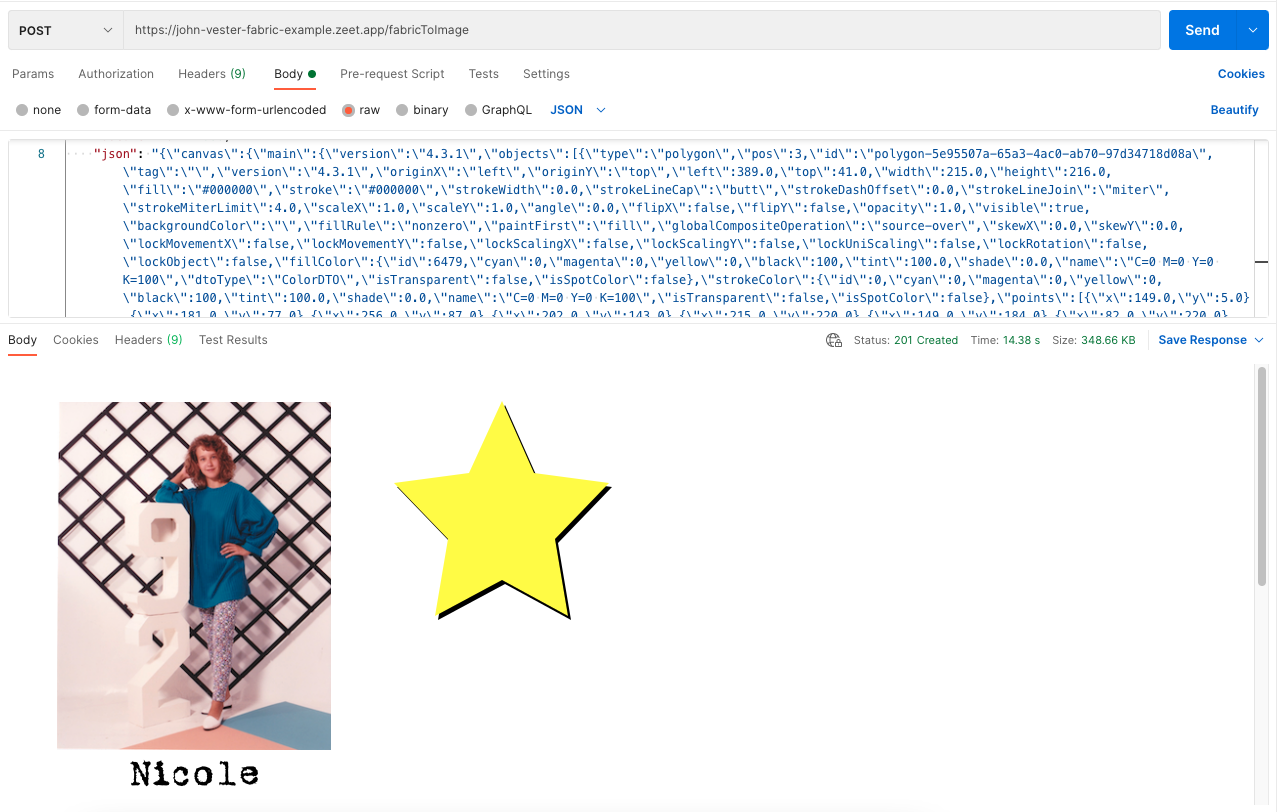 Which generated the following image: 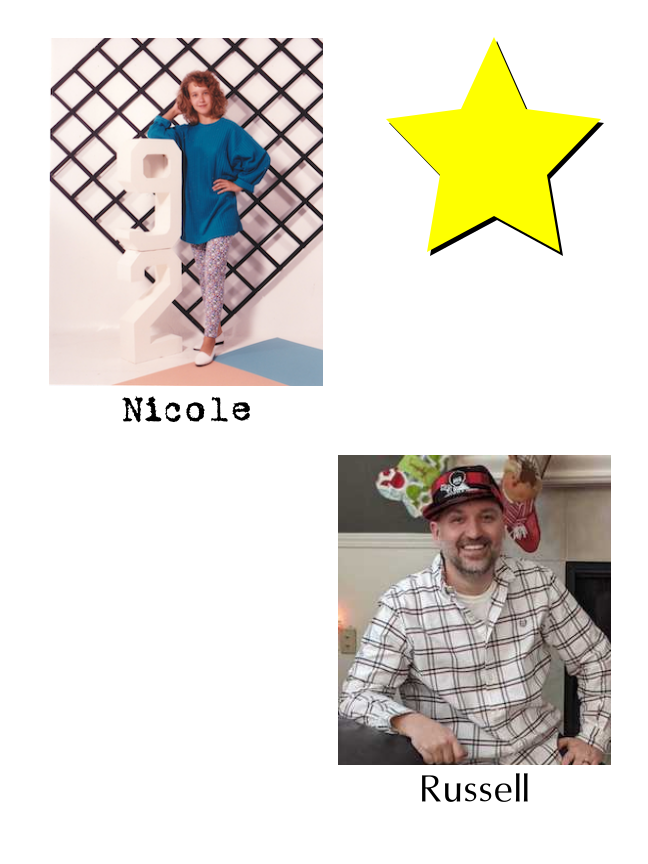 When I think about the amount of time my project team needed to reach this point using native tooling for a major cloud services provider, I was shocked to realize Zeet allowed me (with zero DevOps experience) to reach the same destination in only 30 minutes.

Johnny is living the "everything begins with an idea" mantra and it shows in how he is driving Zeet toward providing powerful solutions. In fact, after talking with him, I think he is truly “living the dream” at this point in his life. Having an entire team with the same makes Zeet a name to remember in this space of technology providers.

I have written scores of publications about technologies and patterns which allow software engineers to focus on meeting the needs of their businesses. I consistently instruct my clients to ask themselves “if we take on this responsibility, how does this improve our bottom line?” The point of my question is to make sure feature teams stay true to the mission of meeting business needs.

Zeet is a clear-cut example of how a git-based application can be deployed, scaled, and monitored just like Apple, Facebook, and Google – without having to employ a group of DevOps engineers. Certainly, Zeet is a solution to consider in today’s world of software engineering and development.

From a pricing perspective, at the time of publication, Zeet has three basic service tiers:

For additional information, check out the following URL: