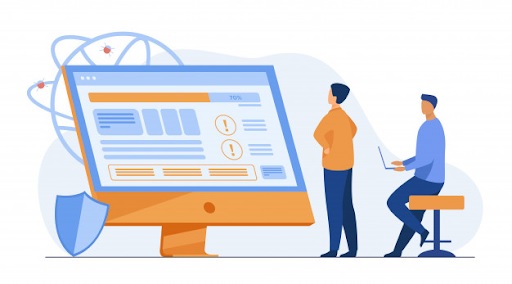 “It is clear on my part; it's the testing phase that's taking the time.”

Do you ever come across such statements? This is how most non-testers behave while working on a project when they lack knowledge about how great software testing is.

Software testing is an art that not every software expert can master. But it is so underestimated by the people outside and sometimes within the realm. This time, things got under my skin, so I’m taking this as my responsibility to clear the misconceptions prevailing in the technical world about software testing.

I have come up with this article after researching over the internet and talking with testers who work in the top software testing companies in India.

Let’s begin with the list of 12 common software testing misconceptions that we need to clear.

“Testers engage ONLY after development in the project life cycle.”

This is one of the biggest myths. If it is a reality, the project has enormous problems.

Engaging QA at a later stage is a huge risk to the quality and timing of deliverables.

Testers need the same amount of time as developers. This is to understand requirements, analyze gaps, prepare your deliverables, plan, and run tests.

If the testers are involved in the later stage of the project, then they rely on the understanding and follow-up of the developers as they test the product. And it's highly unlikely that the quality of deliverables will improve in the end.

Instead, a test team should have its own mindset, understanding, analysis, time, and involvement right from the start.

This will not only help the QA team perform better testing but it will also allow the entire project team to implement better QA. Many organizations realize this and include their QA teams from the beginning of the project.

Project management skills need to be developed separately and anyone in this world who belongs to any technology or stream can do it. Therefore, being a tester does not encourage or deter the pursuit of project management. It is an independent field and anyone with high interest can participate.

“Reporting to the development lead is a roadblock to an evaluator's career.”

Ideally, there should be separate verticals; both the development leader and the QA leader should report to a project manager. But sometimes there can be a development lead for both test and development teams, and we have to inform someone who does not know how to conduct in-depth testing. It's not the best situation, but it's definitely not the end of the world.

As long as you are doing your job well and being patient with leadership to help them catch up on assessment practices, it should be good and will not have a long-term negative impact on your career.

“People with weak coding skills are assigned to tests.”

One of the most common myths about being a tester is that testers are not good at coding. In fact, testing also involves coding, in most cases.

Testers convert code written from one database to another in the case of migration testing.

To automate testing, you need to write scripts in Java, Perl, or other coding languages.

So there really is no weight for this opinion.

It's a common perception that testing is just randomly clicking the UI and track details in Excel or other documents.

The reality is that testers do very well defined testing steps to make sure the UI/app works in rare cases, too. So it's the vision that counts.

Since a user has no limits on what she can and cannot do, the same goes for testers. This is why it is important to explore the user interface, which may seem like a lot of random clicks. Only testers know that there is a method to perform this madness.

“The tests are just documentation/filling of Excel sheets.”

First of all, let me say this forcefully: Documentation is the job of everyone who works on a project. An accurate and complete document provides a basis and historical evidence about the project.

However, for testers, documentation is more important because the product we create is not a program or module, but a quality assurance that takes solid form through artifacts. The Microsoft Office suite is the preferred choice for most teams, but to take it to the next level, use test management software. 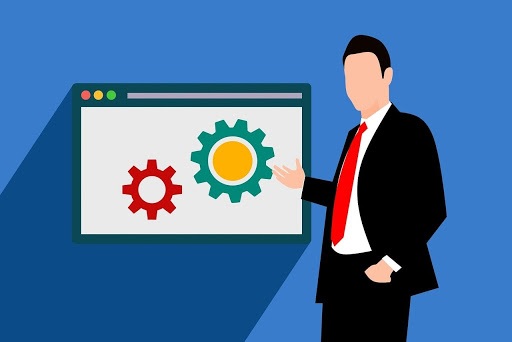 “There is not much money in becoming a tester.”

If this happens to an evaluator, then you are in the wrong place and may need to consider a change. That said, payment depends on many factors, and to say that being an evaluator is the ONLY reason you will be paid less is not true.

Software testing sometimes seems like "thankless" work. Understand that it is nothing personal. Sometimes it's about company culture about how they value their teams.

Try to stay positive and let your work speak for itself. I agree that things are easier if the team and clients appreciate QA teams, but if they don't, it doesn't mean we should underestimate ourselves.

I‘ve worked on both ends and really enjoyed working with clients who knew what quality control is and its importance.

Regardless of starting in parallel with the development team, we still have to wait until development is completely finished to start testing, which gives a cursory impression that the tests are dragging the project out over and over again.

This problem does not arise with computers that have pre-planned test cycles. So, testing does not delay projects. It is the incorrect planning and unreasonable expectations that do.

“Automation testers don't have to worry about manual testing.”

Manual testing is a fundamental skill that we develop. It is our foundation. Automation tests are great. It's the closest thing to magic we have in our quality control field. But considering that one is inferior or superior to the other is not the attitude we want to see in the field.

The reality is that the industry standard for coordination efforts is only 10%. The test leader is also always part of the QA team, making a leader responsible for contributing to testing activities. Okay, there are other tasks too.

Therefore, a small percentage of the QA leader's bandwidth must be spent on testing activities. We have to prepare to be an evaluator who performs all the tasks that he would normally do as a member of the quality assurance team for the rest of our careers, or it could be time to consider a field change.

“Testers doubt everything and they are the ‘skeptics’ in the IT industry.”

Imagine how difficult life would be if we didn't trust anything. The life of a skeptic is the most difficult to live. If it were true that we doubt everything, we would even be questioning the existence, implementation, and efficiency of the software, which means that we would be working while we believe that the product is useless.

Do you think that is the right attitude? Can we really do justice to spending a good amount of time working on a software system while thinking it is absolutely useless? I do not think so.

Therefore, contrary to popular belief, testers believe in the capability, performance, efficiency, productivity, purpose, and capabilities of the software, and we always support its success when it hits the live world.

But we want to make sure it is at its best. We test by keeping in mind that the product is excellent and that we must identify and eliminate anything that could negatively affect an otherwise excellent product. We really believe in it and we are ardent fans of it. Isn't that true? It is for us and we are sure that the same thing happens to you too.

We hope this article has put an end to some buzz that has been going on in IT circles about the QA community.