As with any year, there was a number of new libraries introduced this year that have both simplified and innovated how we develop apps on iOS. Here is DZone’s selection of the best of these libraries, written in Swift.

PanelKit is a UI framework that enables panels on iOS, particularly useful for iPad apps. Panels can be shown modally, as a popover, can be dragged around and also pinned.

GodEye allows you to add a central point of control in your app to capture essential debug information such as logs, crashes, network, ANR, leak, RAM, FPS, NetFlow and more, with just a single line of code.

ViewAnimator is a library for building complex iOS UIView animations in an easy way. It provides one line animations for any view included the ones which contain other views like UITableView and UICollectionView with its cells or UIStackView with its arrangedSubviews.

SwipeCellKit is a swipeable UITableViewCell based on the stock Mail application. Includes haptic feedback, left and right swipe actions and customisable action behavior during swipes.

BulletinBoard is an iOS library that generates and manages contextual cards displayed at the bottom of the screen. It is especially well suited for quick user interactions such as onboarding screens or configuration. 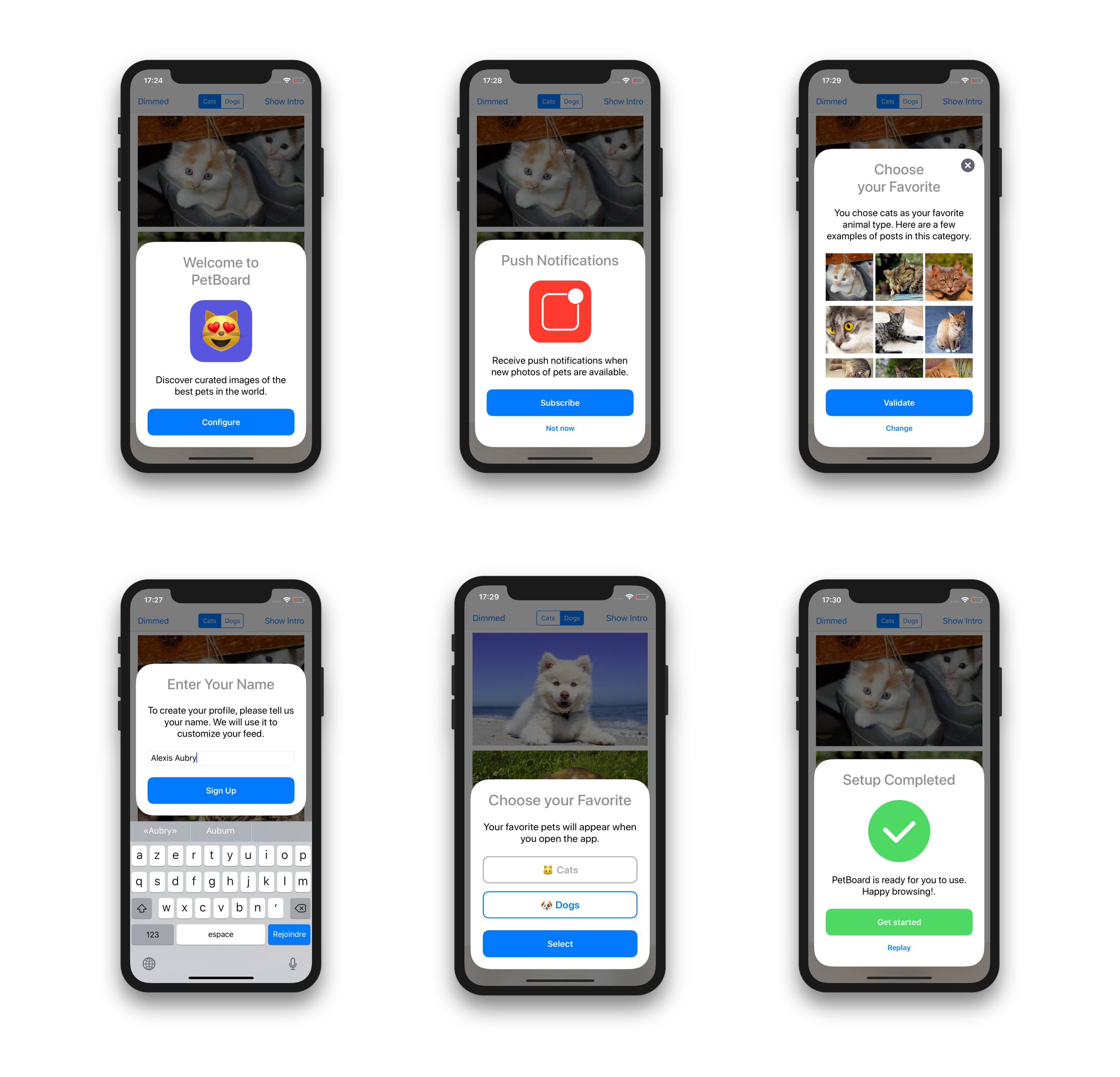 The refreshed AppStore in iOS 11 brought about a nice way of displaying content in cards. The Cards library makes it easy for you to replicate that effect in your own app.

Gemini is rich scroll-based animation framework for iOS, written in Swift. It provides a number of different scroll effects like cube, circle, pitch and roll animations, and you also have the ability to create your own.

While still in early days, John Sundell’s ImagineEngine project aims to create a fast, high-performance Swift 2D game engine. For those of us who have always wanted to build a game, it could be perfect.

Interested in which libraries made it onto the top 10 for Android? Check them out here.