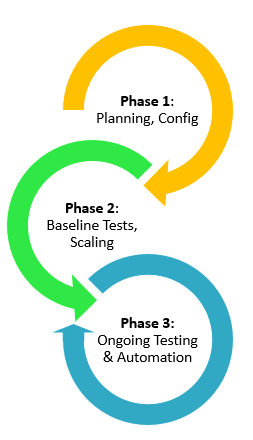 It’s important to keep in mind that performance testing should be part of a continuous testing process that extends throughout the full software development lifecycle. This means that developers should start performance testing early in the development cycle, along side functional unit tests. They can hand off test scripts to the QA team for larger tests later in the cycle. In phase 3, as we’ll discuss below, you’ll automate your load tests as part of your Continuous Integration (CI) pipeline. All of this is aligned with incorporating performance testing into your DevOps methodology (see this previous article on DXone).

What are the most important parts of the system you’re testing? How do the critical components impact performance, and ultimately, the user experience? Perhaps a handful of API endpoints are most critical to the performance of your system. For example, the app login process may hit these endpoints. Focus on these APIs and endpoints in your load testing plan.

Once you’ve identified the key components, what are the expected outcomes? Are there historical performance testing results or events you can use to specify the target outcomes? Continuing with the login example, perhaps there was a previous release that experienced heavy traffic of users trying out new features and the response time of your login process was degraded. You can use that to establish the expected response time of your load tests for this component of your site or app in the next release.

There could be other business requirements that you should you consider. Has the business implemented any service level agreements (SLAs) or other requirements that relate to performance such as certain response times, availability, etc.? 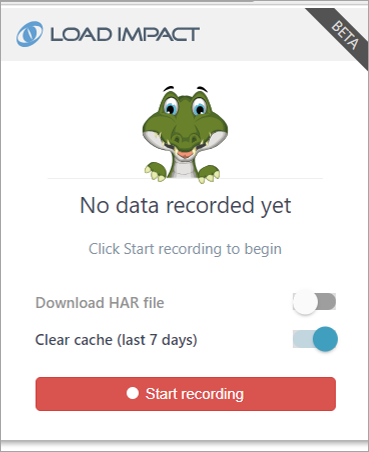 It’s best to start small and then expand your test coverage. Treat writing your test scripts as you would code you are writing for your application by breaking it down into smaller, more manageable pieces. A lot of value can be found in simple tests against the most important components.

Load testing tools such as k6 support modularization of test scripts written in JavaScript. The script you write to test a login function with a random user can become its own module in your load testing library. Share your custom libraries with your team through version control or other means.

As you are writing your scripts, and before you run them on a larger scale, it’s important to run validations (smoke tests) to ensure that the test works as intended. These tests are typically run with a very low number of Virtual Users for a very short amount of time. The fastest way to do this is by running these locally with output to stdout. k6 supports local execution mode. (See how to download and install k6 here. It’s open source software, freely available on GitHub).

Now that you’ve done the hard part, i.e. the planning phase, the next steps become much easier!

You generally don’t want to run your first performance tests at full throttle with the maximum number of Virtual Users. It’s critical to always be thinking comparatively-- how will subsequent test results compare to these initial tests? Make your first test a baseline test. This is a test at an “ideal” number of concurrent users or requests per second and run for a long enough duration to produce a clear stable result.

What is ideal, you ask? Generally, it will be a relatively low number of VUs that represent normal load levels on your site or app that are easily managed. If you aren’t sure, try 1-10 Virtual Users. Does your application generally have 500 concurrent users at any given time? You should be running your baseline tests below that number.

The baseline test gives you initial performance metrics for you to compare to future test runs. The ability to compare will help highlight performance issues more quickly.

After your baseline tests are complete, it’s time to start running larger tests to detect performance problems in your system. Utilize the stress test to scale / step your tests up through different levels of virtual user concurrency to detect performance degradations. As you find these degradations and make adjustments to your code and/or infrastructure, iterate on the test multiple times until a satisfactory level of performance is achieved. 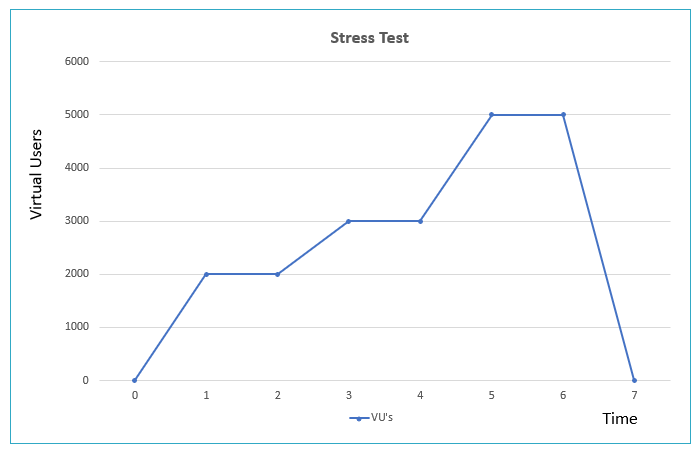 Regardless of the complexity of your test cases, the testing you do in this step will provide the most information to improve performance. Once you have finished iterating through tests at this stage, verified by acceptable test runs, you should move to a load test pattern to verify the system under test can handle an extended duration at the target level of load. 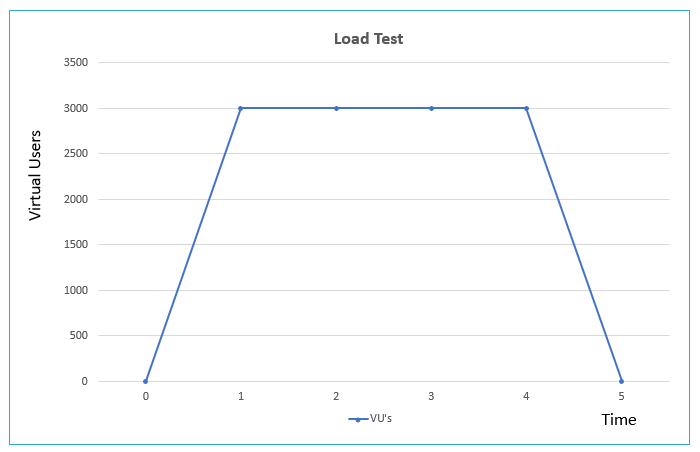 If you started by writing small, simple test cases, as recommended, now is the time to expand them. You may want to repeat this second phase to look for deeper performance problems, for example, ones that could only show up when multiple components are under load.

If you have been modularizing your test scripts up to this point, this step may be as easy as combining them into a “master” test case.

The final step in our methodology is one that is long term. Up until now, you have spent a good deal of time and effort creating your test cases, executing your tests, fixing various issues, and improving performance. You can continue to receive returns on the time investment made by including performance testing into your Continuous Integration (CI) pipeline or just by running tests manually on a regular basis.

Seeing the performance trend over time and over multiple test runs can help you quickly see when a new release has caused a performance regression. 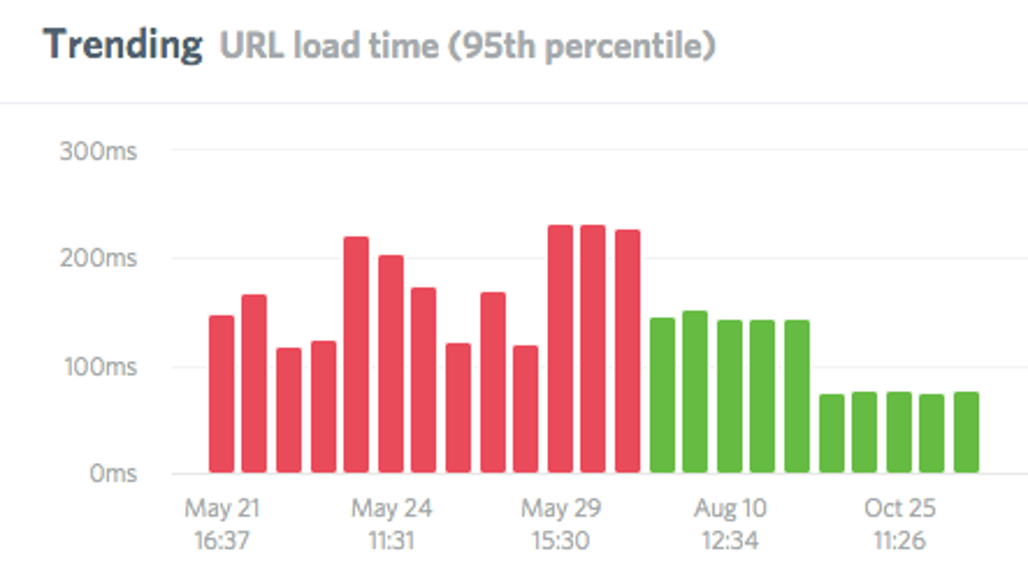 In the next article, we’ll take a deeper dive into how to automate performance testing by integrating into your CI pipeline.