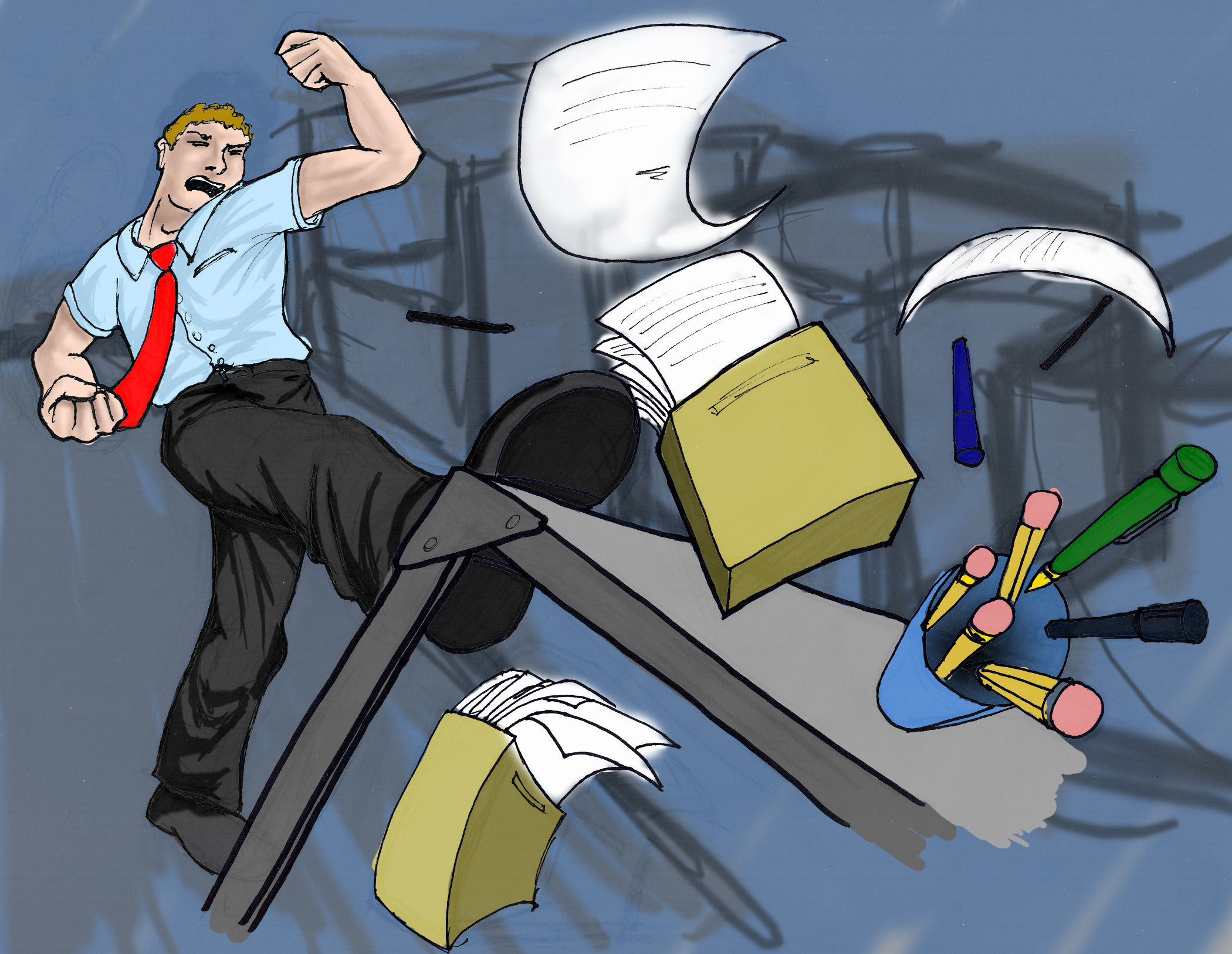 Software developers are certainly a unique breed. They’re the most inquisitive people you’ll probably ever meet, can learn new technologies seemingly by osmosis, and are fairly likely to have a well-developed theory about the feasibility of warp drive.

If you were to peruse the many articles out there offering “helpful” career advice to IT professionals, however, you would probably also believe that developers have the social acumen of your average Goth teen.

Case in point: Paul Heltzel’s “20 Ways to Kill Your IT Career" reads more like a guide to maintaining the all-too-common toxic culture plaguing the tech world these days than an actually helpful guide to making it in your chosen career. Your average developer, it seems, is an unabashed lone wolf who could soar in their career if only they could buck up and hang with the boys.

We at DZone, however, would like to say that developers deserve better than this. We’d also like to walk you through what you should really do when confronted with such obscenely unhealthy work environments.

Their Advice: Resist That Urge to Jump Ship

Does your boss refuse to acknowledge your contributions to the team? Are his expectations so unrealistic that not even Steve Jobs could meet them? Are you convinced that you’re actually part machine now because you work so many hours without sleep?

Heltzel’s piece suggests that you may be best served by essentially manning up and taking one for the team. As Chief Information Officer Paul Chapman explains, “How you deal with unfairness and lack of appreciation will shape your tenacity to keep moving forward…All too often I catch people looking to leave a company because they are running away rather than running toward something – anyone can run away.”

If you follow this horrific advice and neglect your own self care for the benefit of a boss and a company that are clearly toxic, you’re setting yourself up for failure no matter what. You may even burn out so spectacularly that you end up telling your boss exactly what you think of him and maybe even his children. Nothing tanks a career faster than having a complete meltdown in front of your colleagues.

Their Advice: Take On More Responsibility Than You Feel Ready For

While Heltzel files this tip under the heading “Missing Opportunities,” which of course sounds like a terrible thing to do for your career, the example he uses quickly reminds us just how short-sighted his advice really is.

Quoting Steve Cooper, co-founder of a tech consulting firm, he retells the story of a new hire fresh out of college who was concerned to be “nearly immediately” put in charge of three junior employees, a responsibility he was not hired to perform. Worried that his own budding tech skills would suffer, he broached the subject with his manager only to eventually see “the benefits of changing direction.”

While Heltzel doesn’t go into detail about how this change of heart actually occurred, it doesn’t take a whole lot of imagination to figure out how it probably went down, especially when you read the rest of what Steve Cooper had to say about it. This employee’s “grip on the technology skills rudder was so tight,” he explains, “that he didn’t recognize the awesome power of the leadership wind that was ready to blow his career in a whole new, even more valuable direction.”

Translation: Technical skills are nice and all, but here at ____ Software, Inc., what we really value in our employees is their ability to cave under pressure. You had no interest in leading a team because coding is what you’re truly passionate about? You honestly don’t know if your personality lends itself well to leadership? You just wanted the opportunity to grow in the position you were actually hired to perform? How dare you have the gall to stand up for yourself? Your self-awareness clearly makes you weak.

Actually, Steve, what’s weak is your metaphor game. This is software engineering after all, not sailing. And there is absolutely no reason anyone should have to take on an entirely new job just to keep the one they really signed on to do.

Cutting ties with this job should be a piece of cake. You have a few of options here. While you could certainly allow your managers to simply phase you out over time for your so-called lack of initiative, or just walk away now, you could also take their invaluable advice and accept every new responsibility they throw your way. The result will pretty much be a repeat of the consequences of the first point in our discussion, so there’s no need to rehash. This latter option would probably be the most entertaining of the three, at least for the bystanders who never had to experience the personal anguish it took to get you to the point of a public breakdown.

And speaking of valuing an employee’s willingness to give in to pressure, their next pointer takes it to a whole new level:

At this point in the evolution of the internet and social media, most people are probably aware that there are two basic personality types: extroverts and introverts. (If you’ve truly been living under a rock for the past decade, click here to find out what type you are.) These concepts are fairly simple: extroverts thrive in social settings while introverts by and large do not.

And of course Heltzel’s piece completely fails to take this into account when he offers his next pearl of wisdom: “In many companies,” says Arti Venkatesh, a senior director of new product management, “habitually skipping these [social] events can signal that you're not interested in building relationships with colleagues, and can even damage your career.”

While Mr. Venkatesh does indeed go on to acknowledge that “not everyone loves office social gatherings,” there is naturally no accommodation offered for the 25 to 50 percent of the population who isn’t extroverted. You unfortunate souls will just have to suck it up and force yourself into uncomfortable situations where you are obviously not at your best and then be judged mercilessly for your failure to shine.

And if you have familial responsibilities that have the audacity to interject themselves during the hours you’re not supposed to be at work, you probably should have known better than to even apply here.

Let them judge away. Would you even want to go far in a company that values this sort of participation more than actual work performance?

While I could certainly keep going with Heltzel’s other cautions, such as “Aiming Low,” aka failing to network with “the right group of professionals,” and “Forgetting Who’s Writing the Checks,” aka failing to ingratiate yourself personally with your company’s sponsoring stakeholders, there really isn’t any point to because they all ultimately boil down to the same thing: Success in the IT world, at least according to Heltzel and his sources, is a one-size-fits-all proposition.

We have news, though, for Mr. Heltzel et al: “The demand for developers in the United States,” according to HackerRank’s 2019 Developer Skills Report, “is expected to grow much faster than average in the next 5 years.” Furthermore, “US employers are starting to have difficulty finding the developers they need."

That being said, here is our much more valuable advice: Run, don’t walk, away from employers who fail to value you for who you truly are and what your strengths bring to the table. Because they need you more than the other way around.

It might be fun, though, to let that old boss of yours know what you really think about those late-night team strategy sessions before you do.

How to Be a Better Programmer: Take Care of Yourself!