It looks like Java developers have one big reason to upgrade to Snow Leopard on their Mac's when it's released this Friday. According to Axel and the blog that he linked to, it looks like we're going to see what lots of Java developers on the Mac have been waiting for. 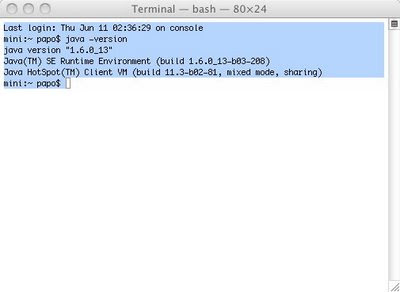