This will download all example data, dependencies, compile, then launch the applications. 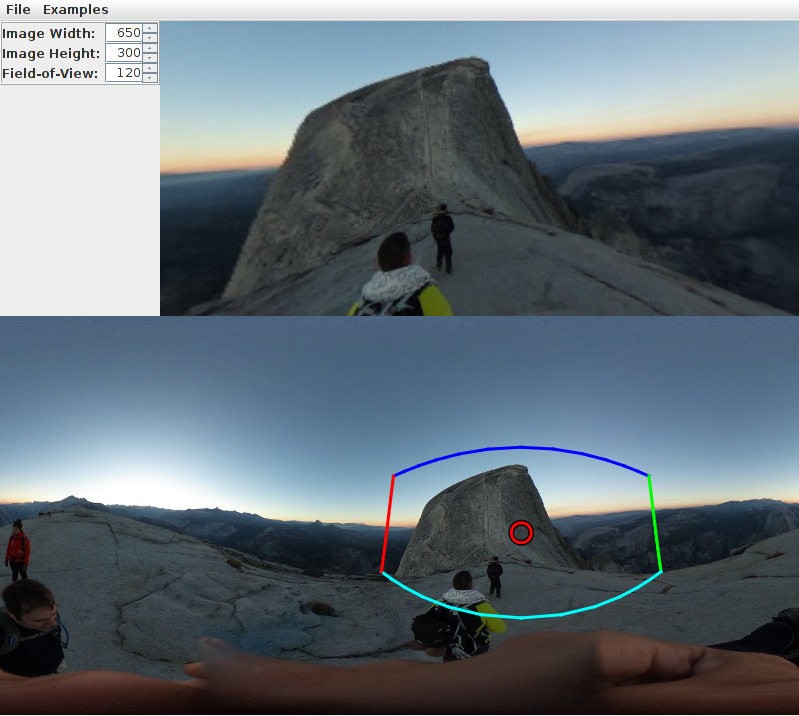 Out of the box, two networks are provided for image classification. VGG trained on CIFAR10 (10 categories at 89.9%) and Network-in-a-Network (NIN) (1000 categories at 62.6%) trained on image net data using Torch and run using DeepBoof.  Once the model is automatically downloaded it should just work.  No graphics card driver conflicts to mess or compilation headaches.  Of course, it won't run as fast as GPU-assisted networks do, but takes less than a second to process an image. 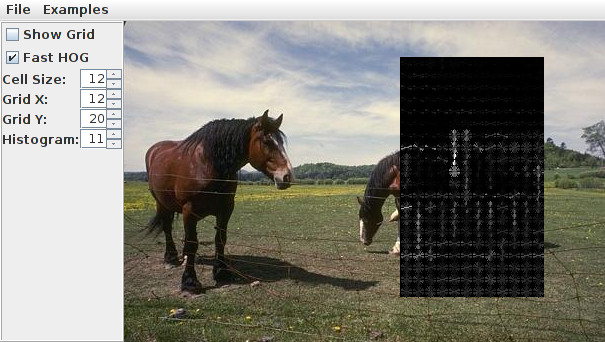 The above image shows a visualization of the HOG descriptor centered on the two horses.  BoofCV now includes two variants of the popular HOG descriptor.  One variant is faithful to the original and the other is less stable but much faster.  Originally there was just the faster version. 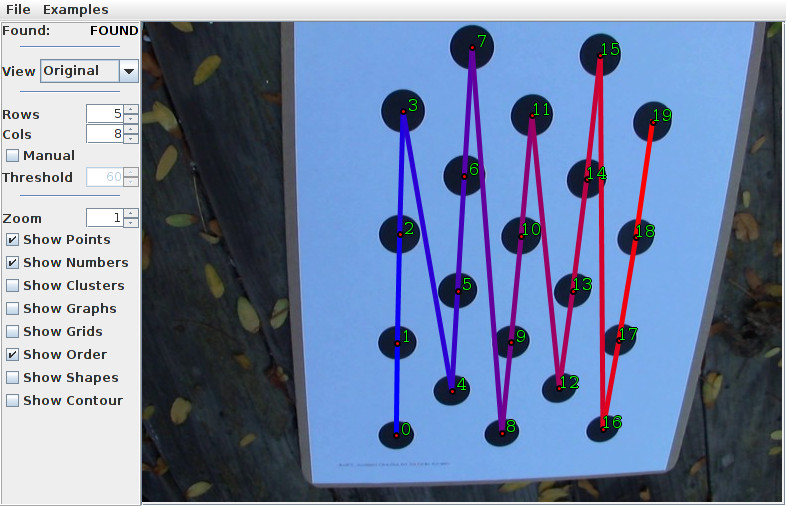 A new target style can be used to calibrate your camera now.  Instead of squares or chessboard patterns this one uses circles.  Not sure if it performs any better that you have the option of using it now!