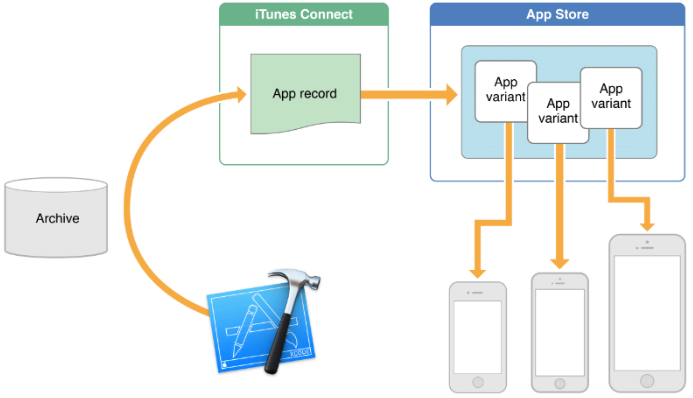 Talking about storage space is quite fitting in the modern era of diverse applications and media-centric resources. However, iPhones are slightly restricted when it comes to expanding the existing storage space. Therefore, it becomes extremely important for us to understand a few nooks and crannies regarding reducing iPhone applications. In this post, we will be talking about four techniques to reduce the overall size of any iPhone application, regardless of the genre.

iPhones pose a few unpleasant scenarios because of the lack of expandable storage support. Complexities can be understood by the fact that majority of iPhone’s storage module is made up of system files and iOS in general. Under these circumstances, when an operating platform eats into the hard drive of your gadget, installing huge applications isn’t always a good idea.

Moreover, many iPhone users avoid clocking their devices for obvious reasons, which then puts added pressure on the existing storage space. Lastly, it all pans down to the size of the mobile application as the smaller it is, the better the options are for the iPhone user. Our approach in this post will include segregating the stacked versions of the same applications.

So, let’s get the ball rolling!

Every application residing on an iPhone has a few layers to it. These layers are specifically the app versions, targeting certain jobs and workloads. Slicing assets is a handy approach that divides the workload into the respective versions of a given application. One can view the catalog and understand which version is dedicated towards which task. This puts less load on the app, and one can select the required version from the app store. This approach works with the concept of exclusive targeting.

Usually, applications tend to download way more into the handset than what is actually required. Opting for on-demand resources can be a great trick to reduce unnecessary clogging of the applications. Most developers creating applications for iOS have finally nailed this counterproductive technique of restricting app downloads.

The content bank is mostly selective, allowing users to decide which resources to download and which ones to skip altogether. Moreover, one can even disable the already-downloaded content, depending upon the frequency of usage. This approach works more like on-demand storage on an otherwise rigid operating platform. One example would be restricting streaming apps like 123movies from downloading content at random. However, it all depends on the developers and their way of designing and developing specific applications.

Although intricate, this approach can pay dividends in the long run. Bitcode is one way that allows developers to incorporate certain changes into the application without forcing users to download the entire changelog. Applications residing over the app store can be customized by the developers without having to rewrite the entire code.

Using Bitcode saves time and iPhone storage space, which is more of an elusive entity because of the lack of a dedicated micro-SD slot.

4. Combining All of the Above

While each one of the mentioned techniques can be extremely resourceful, the idea here is to inculcate all at the same time for achieving the best possible results. It should start by slicing assets or segregating app versions according to the workload followed by the optional On-demand resource allocation. Using Bitcode should be the last resort, preferably at the developer’s end.

Applications can get frustrating at times — more so when iOS is concerned. That said, iPhones aren’t known for their storage management capabilities and the apps need to be trimmed in order to make the most out of the preexisting storage module.

Lighter applications are the newest fad. One can surely get a hold of them by following these four specific ideas. On the contrary, developers need to up their game in order to make the best use of the mentioned hacks. Once applied, these techniques can seriously make life better for the iPhone users.