developers don’t need us to tell them that the app landscape is constantly changing. but it never hurts to pause for a moment and look into exactly how it’s changing.

so we dug into research firm visionmobile’s state of the developer nation report for the first quarter of 2015. the report offers plenty of info about current marketplace movements, but mobile developers and app owners should take particular note of these four trends:

anyone in the technology business knows it’s rarely an “if you build it, they will come” proposition. adoption of new technologies and products—even trendy ones—can take a while. so the rise in usage of apple’s swift language for ios apps is certainly noteworthy: according to visionmobile’s survey of 8,000 developers, one in five were using swift just four months after its public launch. compare that with a 39% usage share for objective c (which obviously had a bit of a head start with ios-centric devs) among device-side developers. that’s rapid adoption, to put it mildly.

a decent chunk of early swift developers—nearly a quarter of them—are new to ios development. but visionmobile notes objective c isn’t going anywhere anytime soon, and the best ios developers will have both languages in their toolbox: “for at least the next few years it seems that practically speaking it’ll be necessary to learn both languages to be an accomplished ios developer,” the report reads.

the state of the developer report found third-party tool use among mobile developers, in particular, at an all-time high: 83% of respondents use at least one third-party tool for things like analytics, crash reporting, and testing. even more notable, use of cross-platform tools has jumped from 23% to 30% during the past six months. what goes into selecting the right tools? one tech exec noted the importance of choosing a stable provider that’s going to be around for the long haul.

smartphones continue to fly off the shelves and the app stores teem with activity, yet there’s no guarantee your app will earn a dime. in fact, developers working on enterprise apps are much more likely to make money, and it’s not even close: 43% of developers focused on enterprise apps hit or exceed $10,000 per month in revenue, compared with just 19% of consumer app developers. many consumers aren’t eager to shell out real money for mobile and other digital apps. on the other hand, as visionmobile’s report says, “businesses are very willing to pay for software that helps them be productive and make money.”

4. the internet of things is hot, even if the payoff isn’t imminent 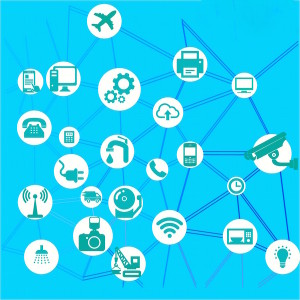 plenty of developers are investing energy in something that might take a while to deliver a tangible payoff: the internet of things: (iot). more than half (53%) of developers included in the report say they’re working on some form of iot project. interestingly, many are doing so as a side project or hobby, not their actual job. it’s no real surprise that the biggest areas of current interest within the broad iot universe are those where existing mobile platforms—namely ios and android—have a clear stake, such as the smart home/smart building and wearable computing markets.

while it’s still early days, visionmobile’s report cites an enormous upside in the iot for the developer community at large: “the [iot] products with the best software will be the most desirable; hence developers become essential to creating competitive products.”

put it all together and you get a picture of a mobile development market that continues to evolve rapidly in everything from tools and languages to device platforms and economics. keeping up with the changes can be almost as challenging as doing your actual job, but that’s one reason why mobile is such an exciting area right now.