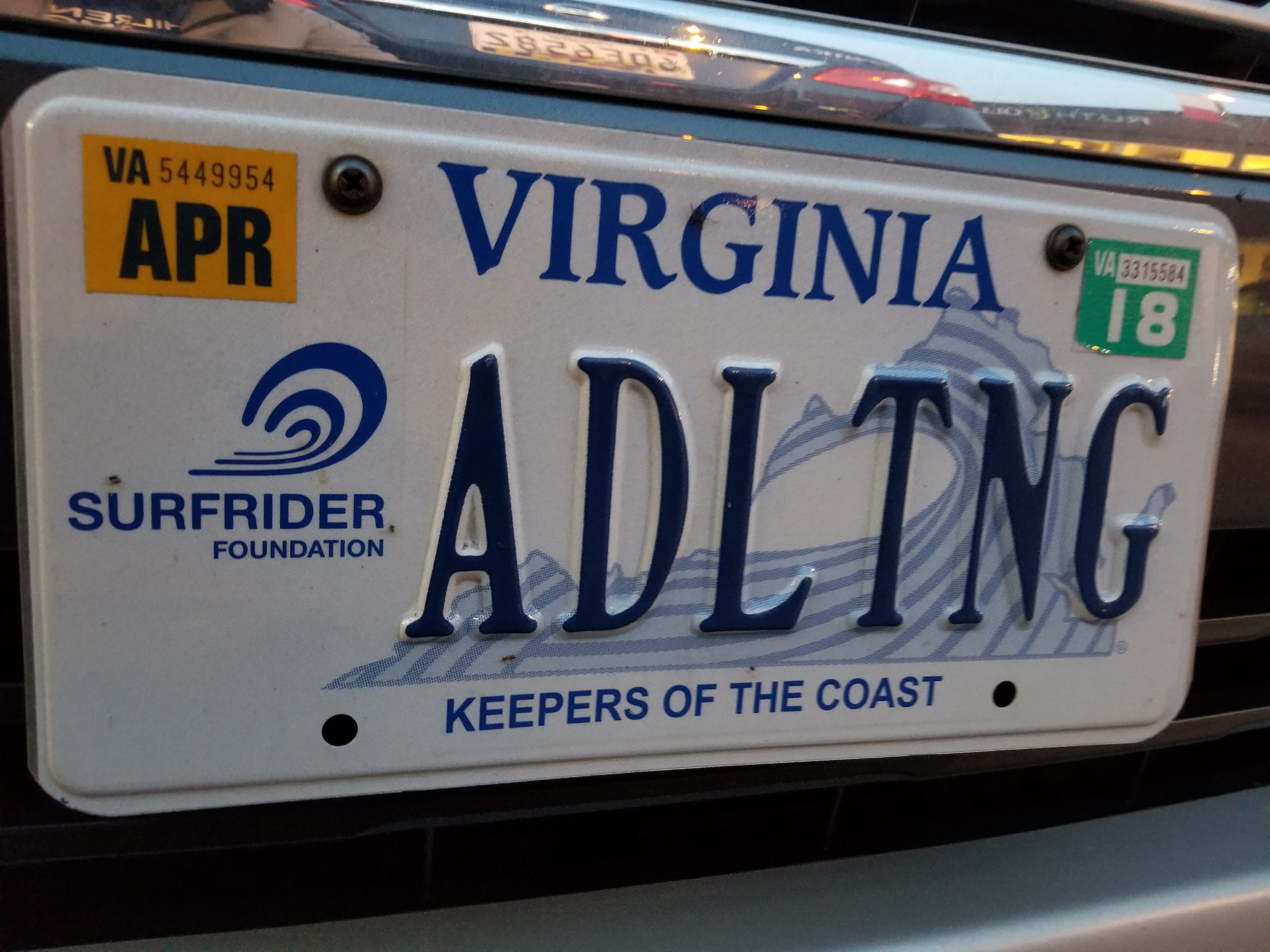 Adulting is hard enough without trying to follow all the 'expert' advice out there.
Photo credit Flickr/Eli Christman

Can we be real for a second? OK, good. There’s a lot of really terrible advice out there for people trying to get ahead at the office. I mean, so horrific that I honestly wonder if these writers’ editors even read the work before publishing.

I touched on this topic a few weeks ago with an article called 3 Pieces of Bad Advice on How to Keep Your IT Job, and I honestly thought the thread would end there. My job as DZone’s staff writer, after all, is to bring you the must-know stories out there – not the ones we should light on fire and walk away from. But when yet another doozy of an advice column came across my newsfeed the other day, I felt morally compelled to once again set the record straight. I suppose some bonfires really are beneficial.

So without further ado, I present to you my rebuttal to this gem of a piece from The New York Times, which seeks to help us all make better choices in our oh-so-ample morning hours, so that we too can be like the 300 “successful” people author Benjamin Spall interviewed for this truly ground-breaking piece of self-help drivel, I mean journalism.

“Will your morning routine grant you a day full of productivity and peace of mind?” Spall rhetorically asks. “Or will you be looking at an eight-hour stretch of haphazard work?”

We of course want the former, but whatever can we do to make this a reality? Thankfully, our author is here to rescue us with the wisdom he’s gleaned from 300 interviews with real, actual successful people. You know, like “business leaders and university presidents to Olympians, fashion models and artists.” Why exactly have these folks been singled out as “successful” in their given careers? Does he perhaps use an enlightened metric that could help us adjust our own estimation of what constitutes success? Just never you mind that, dear reader. They’re successful because Spall says they are. No definitions or qualifications required.

What follows are four of his most (apparently) life-changing suggestions, along with my own counter-suggestions, because, well, you’re welcome:

His Advice: Experiment With Your Wake-Up Time

“For many of us,” Spall explains, “the time we wake up depends almost entirely on when we need to be at work, school or elsewhere. This often means waking up as late as possible to maximize sleep time, with the only goal being to make it out of the door on time to avoid being late for wherever we need to be first thing. But experimenting with your wake-up time gives you the space you need to enjoy your mornings.”

First of all, I have no difficulty understanding where this advice is coming from. Not being rushed out the door in the morning would certainly do great things for our collective anxiety levels.

Let’s again be honest about this, though: How realistic is it for all of us to wake up one, two, maybe even three hours early just so we can truly “enjoy” ourselves before we go to work every day? If you’re a single person with no children and generally no responsibilities in those wee small hours, OK, you can probably make this work. And more power to you.

But what about the working parent who has to cajole her six-year-old out of bed every morning and then remind him literally every two minutes to eat just one of his chicken nuggets for the love of all that is good and holy so that he doesn’t spend his entire day at school miserable from hunger? Do you think she can just roll out of bed a few hours early when she was up late finishing the laundry or the dishes or whatever else she needed to do to ensure her continued sanity in her own home? (I clearly have no idea what this must be like.)

While I can certainly go on with many more scenarios where this suggestion is exposed as the absurd pipe dream it is, there ultimately isn’t any point because Mr. Spall (yet again) doesn’t even attempt to explain a key tenet of his argument, namely how this actually correlates to success at work. Are you really trying to tell us, Mr. Spall, that if our responsibilities at home tend to make our mornings a little (or a lot) hectic that we are just SOL when it comes to being a rock-star employee? You, sir, should really do some fact checking, because that would mean a heck of a lot of floundering workers.

Do whatever you need to do to keep getting to work on time. This is in and of itself a major victory that deserves a gigantic gold star. Not only do most of us have familial obligations that make even getting out the door a tremendous feat, but then there’s also the morning commute to contend with. Fun fact: It takes the average American just under half an hour to get to work in the morning, and there are 14 million people in the US who commute more than an hour each way. That’s two hours of millions of people’s days spent like this:

So yes, if you’re managing to park yourself at your desk in the nick of time each day, you are clearly a super hero.

His Advice: Make Time for Whatever Energizes You

“Most successful people carve out time in their morning to commit to things that make them feel relaxed, energized and motivated …Marie Kondo, the organizing consultant and author of ‘The Life-Changing Magic of Tidying Up,’ told me that when she wakes up in the morning she immediately opens the windows to let in fresh air, a practice she has done since she was a child. She also purifies the house by burning incense and, needless to say, she tidies her house before leaving for the day.”

I obviously still stand by the argument I made above, so I won’t revisit that scenario that so cogently explains why most normal people’s mornings are not going to allow time for “working out, reading, meditating, or just spending time with your loved ones.” Unless, of course, you count bribing your child to consume a handful of calories as quality time.

I’m also going to completely make up a number here because I’m so confident it’s accurate: No one cleans for fun before going to work. No one. Because cleaning cannot spark joy.

We’re certainly not knocking self-care. As my previous piece hopefully made clear, self-care is the quintessential life force of any top-of-their-game professional. But there is no way that carving out your own private oasis first thing every Monday through Friday is the way to success at work. While this advice could absolutely be beneficial for lots of people, do we really need to present it in a way that makes it seem like a fairy tale only achievable by a privileged minority? No, as a matter of fact, we do not.

So here’s the better advice: Take care of yourself whenever you can.

His Advice: Get Enough Sleep

“If you’re constantly trying to get by on less than seven hours of sleep, it will catch up with you, likely sooner rather than later.”

OK, I’m confused. Didn’t you just finish telling us that instead of “maximizing sleep time” in the morning, what we should be doing is prioritizing activities like reading or blissful meditation with baby seals?

I’m honestly at a loss for words.

Get as much sleep as you can, whenever you can. This may seem trite, but America’s “culture of sleeplessness,” as this piece from Forbes phrases it, is a trend that not’s going away, and it’s wreaking havoc on our health.

This certainly isn’t an easy problem to solve – between screens and bills and aging family members and our always-on work culture, it’s a wonder we sleep at all.

While there are options you can explore today, like apps that analyze your sleep cycle so your alarm only goes off when you’re in the lightest phase, you may be better off looking for a new job. As the Forbes article also points out, there are companies out there embracing flexible schedules as well as other wellness perks like nap rooms, because duh, sleepy workers are bad for the bottom line.

His Advice: Don’t Beat Yourself Up

“It’s important to keep in mind that life happens and sometimes you simply won’t be able to stick with your morning routine. It happens, and that’s fine. Reflect on it, then forget it and move on.”

Forget it and move on like I should have done when I first read your article, Mr. Spall?

Life getting in the way of your morning routine is obviously nothing to beat yourself up over. Your seals may miss you, but I assure you, they’ll be just fine. There’s also absolutely no hard evidence that ties a zen-like morning routine to having a long, distinguished career. Sure, there’s this guy, who wakes up at 4:30 every day to then work out, journal, and read for several hours, but who says that what works for him, or Marie Kondo, or anyone else for that matter will work for every single person imaginable? And as I pointed out before, holding up such luxurious examples as the ideal to be imitated will do more for our therapists’ well-beings than for our own. 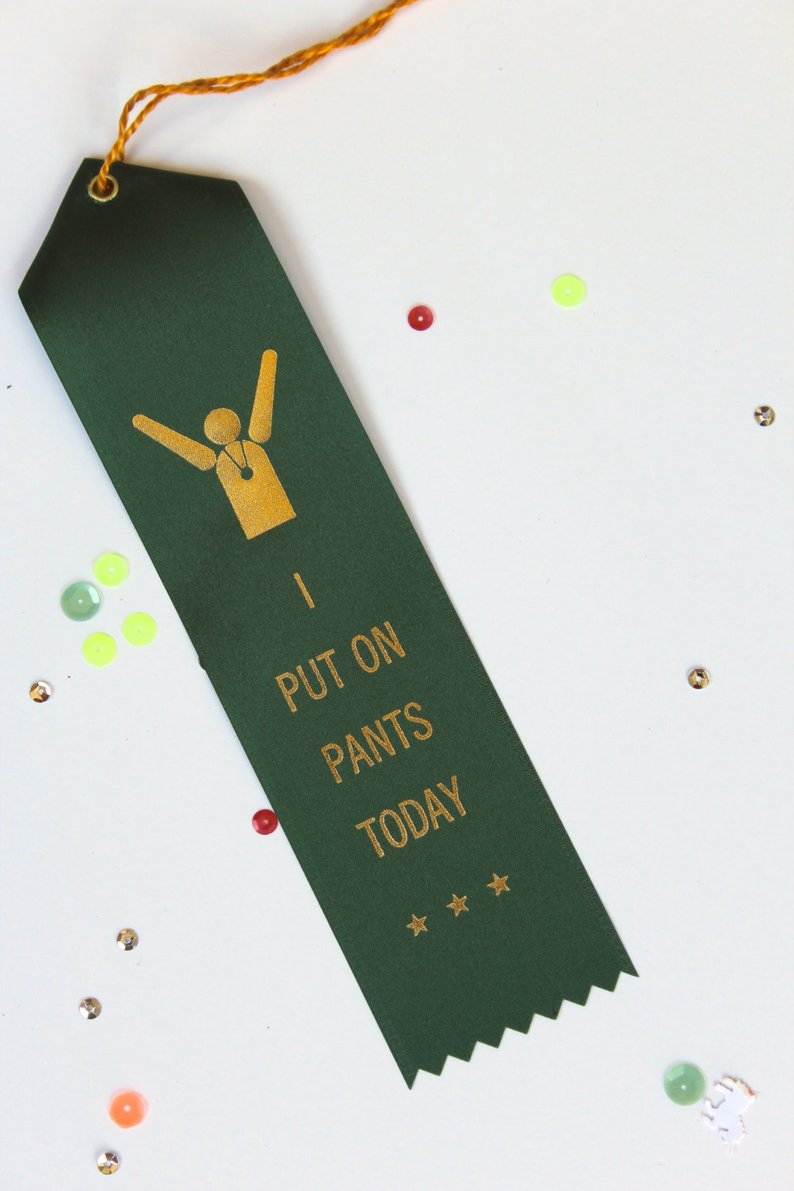 So let’s cut each other some slack, alright? Let’s celebrate the small victories, because for so many of us, this is the best we can do right now.

And while we’re at it, can we please do something about this apparently one-size-fits-all concept of ‘success’? Assuming that everyone has the same definition is like assuming we all love Michael Bolton. I mean, “When a Man Loves a Woman” was a pretty dope ballad back in its day, but you’re not going to catch me listening to it during my hours of commuting each day.