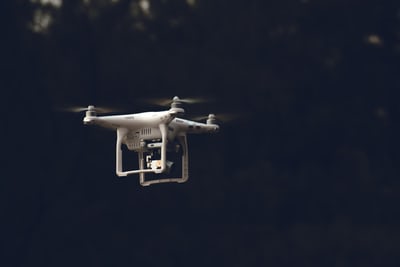 Learn more about the emerging IoT technologies that you need on your radar!

There are hundreds of software, hardware, and connectivity technologies that are relevant for IoT-type projects.

As part of the "State of the IoT — Summer 2019 Update," the analyst team at IoT Analytics handpicked 43 of the most promising technologies that are relevant to IoT projects around the globe. The team ranked the IoT technologies according to their perceived maturity (based on expert interviews, vendor briefings, secondary research, and conference attendances).

You may also like: DZone Guide to IoT: Connecting Devices and Data

The post serves as a guide for anyone working in IoT-type environments and projects to understand what technologies they should be watching, evaluating, and perhaps deploying. Many of the topics highlighted ar are discussed in more depth in this State of the IoT 2019 Q1/Q2 Update report. 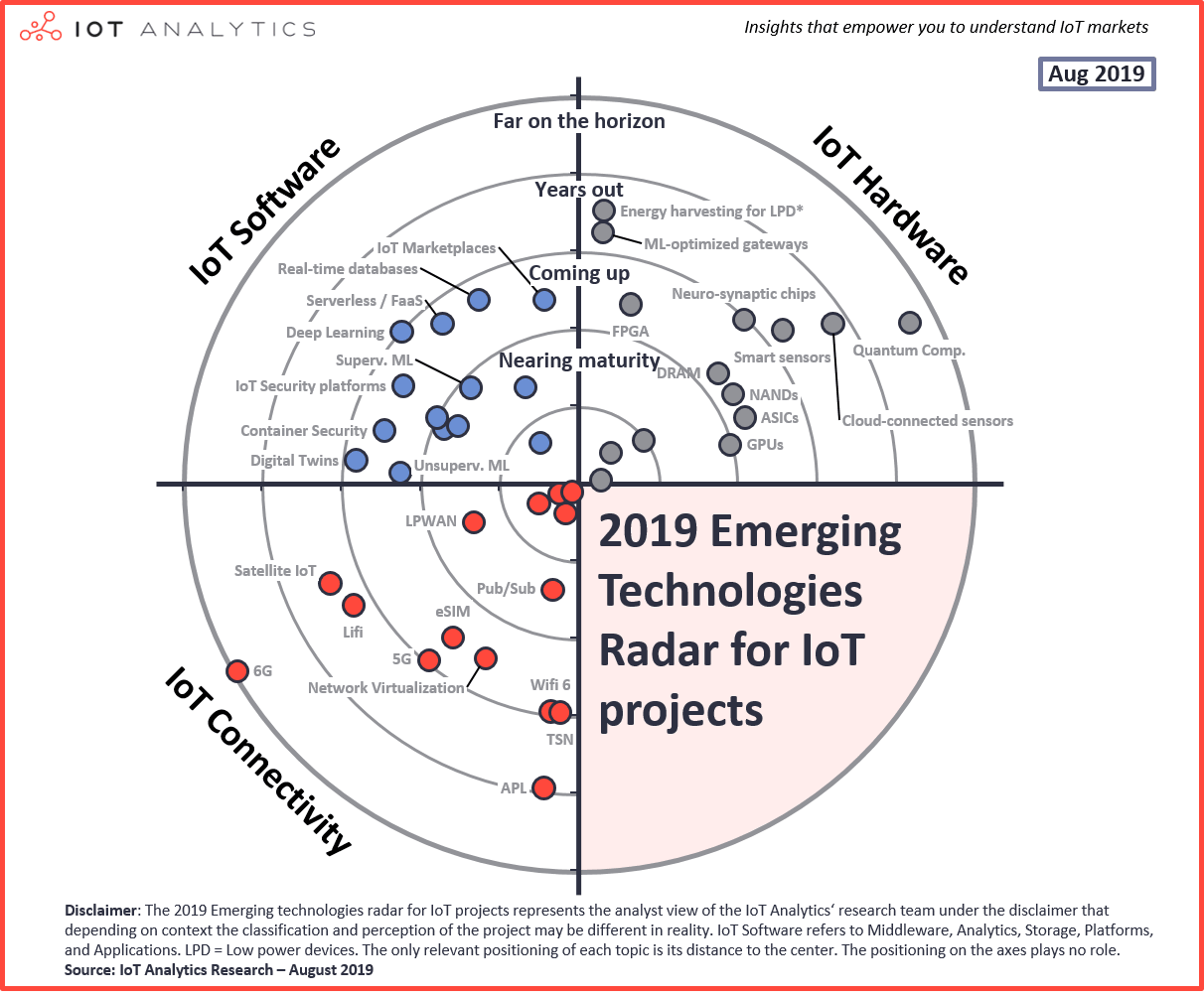 Here is the complete list of all software, hardware, and connectivity IoT technologies (each ranked by maturity):

What Does the ''IoT Radar'' Measure? And What Does It Not Measure?

Technology maturity. The radar shows a subjective measure of maturity as put together by the analyst team at IoT Analytics. The maturity scores are developed based on expert interviews, vendor briefings, secondary research, and conference attendances. The radar is targeted at IoT practitioners that deploy IoT.

The Internet of Things. IoT Analytics defines the Internet of Things as a network of Internet-enabled physical objects. Objects that become Internet-enabled (IoT devices) typically interact via embedded systems, some form of network communications, as well as a combination of edge and cloud computing. The data from IoT-connected devices is often (but not exclusively) used to create novel end-user applications. Connected personal computers, tablets, and smartphones are not considered IoT, although these may be part of the solution setup. Devices connected via extremely simple connectivity methods such as RFID or QR-codes are not considered IoT devices.

Relevance of individual technologies. Not every technology is relevant for a given IoT context. Some technologies may be purely used in specific IoT settings (e.g. LPWAN for remote, low-power applications), others are used in a variety of settings and IoT only plays a minor role (e.g. cloud computing, which is also used in many non-IoT scenarios). IoT Analytics is aware that there are many more technologies out there that could be highlighted in such a radar.

In addition to the 2019 Emerging Technologies Radar, the 96-page "State of the IoT" report presents 67 current insights on the IoT market, including market breakdowns by industry, region, and tech stack. The report also includes an IoT-focused investment and M&A analysis, a look at adjacent technologies, and gives insights from major IoT-focused conferences. This is a small selection of other insights:

The Emerging IoT Technologies Radar discussed in this article is explored in further depth, in the 96-page State of the IoT 2019 Q1/Q2 Update report. The report takes a deeper look at the IoT market and provides 67 insights across the IoT tech stack, adjacent technologies, investments and M&A, and conference highlights.

A sample of the report and the database can be downloaded here.

Now That IoT Is Everywhere, What's Next?