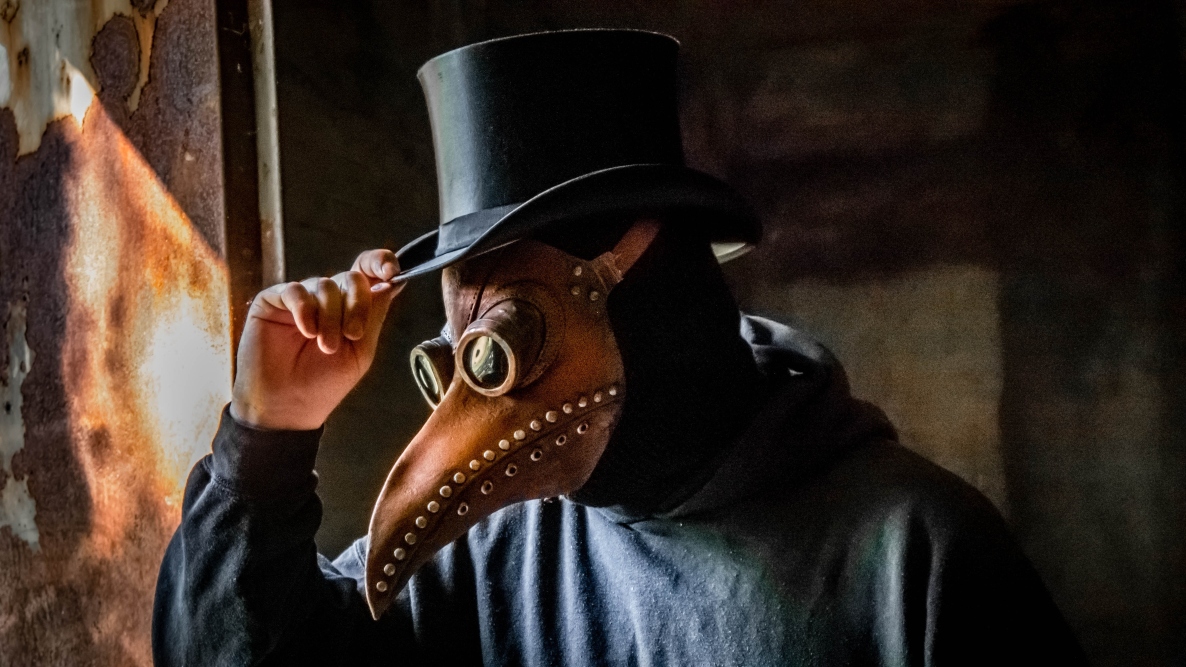 Clue 1: This company is one of the big 4 technology companies on the globe along with Amazon, Apple, and Google.

That should’ve been a piece of cake! (I have no presents for you, though :/).

Apart from these well-known facts about Facebook, I’d like to take you back to a few years.

It was 2004 when Mark Zuckerburg along with his four Harvard University friends founded Facebook. Two years went by and the team was pulling out all the stops to grow their company. In 2006, Zuckerburg hired the first Data Scientist — Jeff Hammerbacher, a math nerd who was fresh out of college. He was given a princely title of a research scientist, whose role was to primarily find out how people use social networking service.

You may also like: Practical Data Mining with Python.

In a Bloomberg interview, Jeff shared his experience on crunching data and building a new class of analytical technology when Facebook had no tools to do these yet. He later channelized his data science proficiency to provide better cancer treatments by analyzing large biological datasets after leaving facebook.

All Data Scientists like Jeff, end up spending a lot of their time on data preparation rather than channelizing their time and technical know-how into modeling, computation, and training.

Data preparation is a tedious task. It involves a ton of time and effort and is required to be error-free to make ingenious inventions. Data Science is taking a direction towards applications of data in transforming infrastructure, transportation, environment, medicine, and many other significant arenas for a better and advanced living.

Today, I’m going to take you through certain common data preparation mistakes that are costly and cause serious repercussions like wrong insights and strategy, iterations of complex models, and dysfunction of analytical models.

Five Data Preparation Blunders You Need to Get Rid

1. Losing the context of the use case — Why deviation is dangerous

Data preparation implemented solely by IT departments lacks the business understanding of the use-case and thus lose context in the process.

Without the context in mind, companies spend a lot of their money, time, and effort on preparing the data leading to repeated iteration cycles and undesired levels of outputs. Knowing exactly what the requirement is and having an in-depth knowledge of the same helps businesses maximize the outcome of the analysis.

2. Missing out on the rule of quality — Dirty data equates wrong insights

While preparing data, keeping an eye for the quality of the information plays a huge role. Data quality is a huge concern in the B2B world and there are a variety of data quality issues that need to be dealt with. The data could be obsolete, missing, error-prone, incomplete, etc. Now, when the data is poor in quality, the resultant insights and analytics would be poor too. For instance, let’s say, we’re preparing marketing data for an email campaign.

There is an essential data point, say, the geography of the contact is missing (scenario of incomplete data). Now, when the data is being pushed for further processing without rectifying an error or enriching with information, it can have a huge impact on the output. In this case, the campaign message can be further strengthened and personalized only if it were enriched with data about the geography of the contact.

Data scientists have a high prowess for analytics, data modeling, and designing programs that add immense value to a project. While on the other hand data engineers toil over providing clean, usable, and well-processed data which is commonly referred to as data preparation or data wrangling.

Data scientists spend 80% of their time on data preparation. As the masterminds who maneuver the data into insights, you’d possibly think who better than data scientists is the best fit for this?

As data janitors, data scientists should be given the time and space to anchor their knowledge towards doing a lot more complicated work. But, the harsh and prevailing reality is that they do just the opposite. The unfavorable outcomes of this are having fewer hours in their day for the real job that prolongs arriving at insights and having a tangible project outcome.

What’s the fix? There are hundreds and thousands of data preparation service providers that can help you with the process, allowing data scientists to utilize their time to do what they need to do.

A recent research study shared their findings of the tools used by companies to prepare data and the results were shocking. Spreadsheet applications were a whopping 75%, which indicates the limitation to the scope of analytics and insights derived from data as spreadsheets do not aid data transformation and analysis as much as automation tools can. Sophisticated automation tools can handle larger volumes of data while spreadsheets barely support data preparation functions.

Automation of the data preparation process powered by AI will enable efficient, high-quality preparation. Data preparation is not just about the integration of data but also transforming it into analyzable formats. Automation helps in critical identification of data quality issues, enriches data, ensures security, and data lineage. Automation should replace spreadsheets to perform such advanced tasks.

5. What calls for a magnifying lens to dig deep into data — Naming convention and population size issues it is

Naming conventions are required to be set simple as a gazillion amount of data is being dealt with in the preparation process. Keep it simple and clear such that it is comprehensible for those who do the analysis. These can be set globally for the entire organization or could be project-specific.

A modeling dataset should have a minimum of 1,000 records for at least three years to enable scope or data fluctuations out of which significant comparison insights are born. A larger population size provides broader and deeper insights.

So, What’s Your Excuse?

Data preparation is anything but plain sailing. Be it a data scientist at facebook, amazon, or google — they cannot build their dream analytical castles without a strong foundation. For a data scientist to brainstorm Linux clusters and Gnarly c code on a big fat whiteboard, a teensy-weensy error that occurred while preparing the data has enough potential to completely dwindle the innovations.

A recent research study by BARC’s BI survey team on how data preparation is used today, which challenges need to be overcome, and in which organizational framework this takes place. It had an interesting finding of the kind of problems companies face while preparing data that have obnoxious results in the output. These reasons are probably why these mistakes occur in the first place.

Luck or wobbly fixes are not exactly what you need to avoid this deadly plague. All you need is the right set of precautions to completely eradicate the occurrence and if all you need is a helping hand and the right amount of expertise in preparing accurate datasets.