Back in 2016 (oh how time flies), the tech industry was abuzz with the word "chatbots." Many were dubbing chatbots as the "new apps", believing that they would completely transform the way we perceive mobile technology. Although we'll refrain from making such decisive statements, it's true that this technology has left quite the mark, particularly in the area of user experience. Instead of replacing apps, chatbots have demonstrated an ability to enhance UX. In order to better understand this use case, we've handpicked five particular apps that have harnessed the power of chatbots to increase engagement and bolster retention.

Yet before diving into some cool examples, let's take a brief glance at the way they work, to understand their power and to see how far we've come in terms of upgrading the digital interface.

The What and the How of Chatbots

The only thing that separates chatbots from "regular" apps is its user interface. "Regular" ones have a visual interface, comprised of buttons and icons. Chatbots have a chat interface, where the user literally chats with the app and operates it that way. As it is human nature to chat, and considering that not everyone has the time or can be bothered to learn an app inside-out, having such a simple and intuitive interface can greatly improve the overall mobile user experience.

We currently recognize two types of chatbots — those integrated into an app, and those using existing platforms, such as Facebook Messenger, or Kik. What’s the difference? With some brands, for example, H&M or CNN, you can converse through Kik, the messaging platform. For others, you’ll need a dedicated app.

Why You Should Care About Chatbots

You should care for one simple reason — the majority of your audience loves texting more than any other form of interaction through the mobile app.

People born in the '80s and younger actually prefer texting over talking, according to a recent OpenMarket report. It was also said that social media are the best channels for customer support. So it's safe to say that your target audience:

So let' take a look at a couple of fantastic examples of how different brands, from different industries, used this new technology to create a better experience for their users: 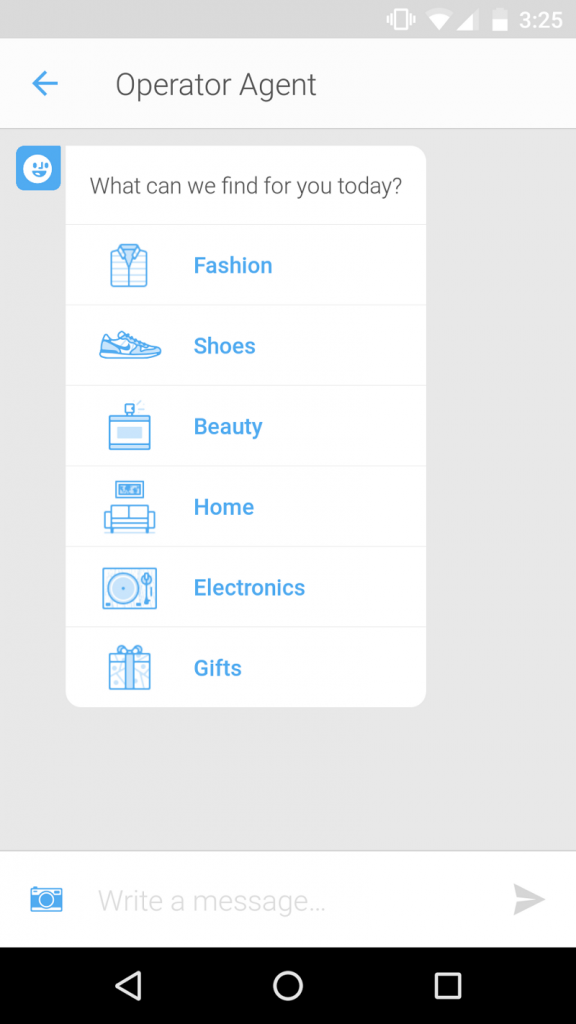 Operator is an app designed to help people buy things. If you want to buy the perfect guitar for your seven-year-old, all you'd need to do is text Operator, and someone, somewhere, would begin researching to find the best deal for you. The chatbot plays the role of the middleman. It will read the user's message, analyze it and determine who of Operator's operators is the best fit for the task.

This is also a good example of why chatbots are complementary to humans in the workplace.

Using chatbots for a virtual assistant-type app is a win-win situation. Users will have a better experience, as using the app will feel easier and more natural. Instead of filling out crude forms and ticking checkboxes to set up all the right parameters, all they need to do is chat with the app and tell it what they need.

They will also get better service, as chatbots are making sure the best operators are assigned for each task. And the app's developers can enjoy a growing app, full of happy customers. 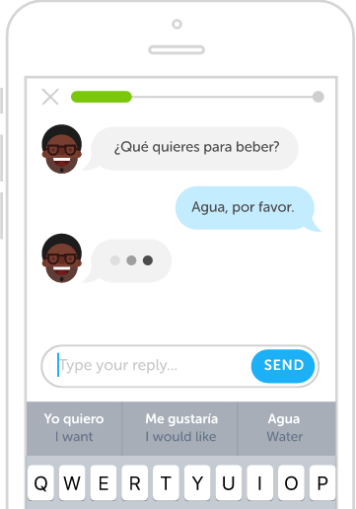 The popular language learning app Duolingo has an interesting approach to chatbots. Duolingo wants to help its users practice a new language by conversing with, you guessed it - bots. Embracing the reality that conversation is considered among the best ways to learn a foreign language, Duolingo's users can talk to a bot for as long as they like, and the bot will correct them and suggest proper answers. Best of all, it can gauge the user’s progress and increase its level, making it constantly challenging and interesting for the users. With chatbots, the app has gotten an almost human touch.

Babylon Health is a medical app which aims to put a "doctor" in the palm of everyone's hands. It's similar to other medical apps in terms of what it's offering (remedy recommendations, possible side-effects, proper dosage, vitals monitoring), but its chat-oriented interface is what makes this app stand out.

Users can chat with the app about their symptoms 24/7, and get fast and accurate medical advice. Unlike simply typing a query on Google and hoping for the best, chatting with the app allows more tailored, personalized answers. The chatbot enables users to build off of a single question and provide specifics about their condition.

Obviously, an app can't replace a real doctor, so in the case you actually need one, you'll be able to talk to a general practitioner through the app, as well. 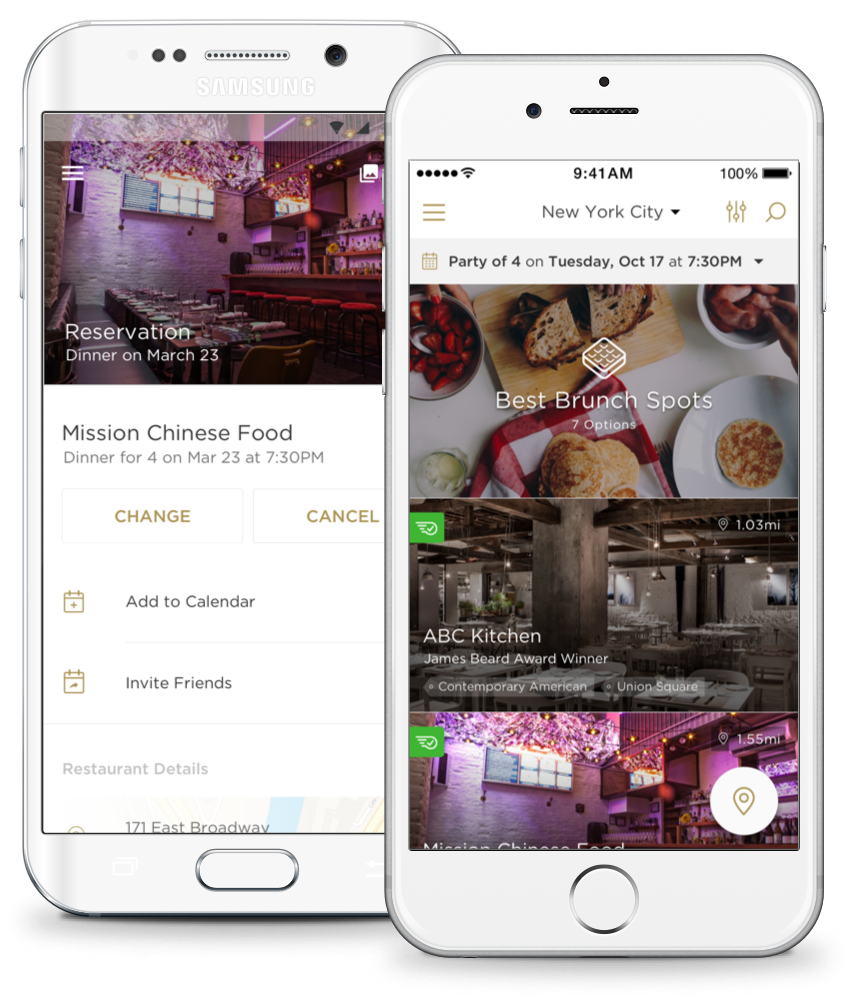 Reserve is a hospitality technology platform, an app allowing users to find restaurants, helps them book tables. The user can chat with the app through a platform resembling SMS — the entire reservation process feels like a human-to-human conversation. The app is not fully automated, though. It can handle simpler requests on its own, but if the user’s requests are too much for it to handle (for example, if the bot can't find the type of restaurant or food you're looking for, it might transfer your request to a human for a more thorough list of recommendations) — the app will forward it to a member of the Reserve team.

Besides being able to find and book a table, the chatbot also allows users to always view the status of their requests and be able to easily make any changes. Obviously, this is something other apps of this type can do as well. However, none of them create the feeling as if the user is chatting to a friend who just happens to know every restaurant’s manager, chef, entire staff, and has nothing better to do than sit there and help people make dinner reservations. 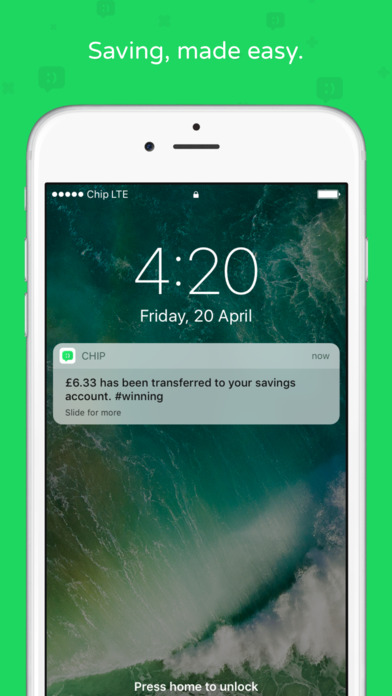 Chip is an intelligent money-saving app for iOS and Android which really takes the whole finance management thing to another level. There are a couple of features which really make the app stand out from others, like the automated transfer of funds into a savings account. It also happens to come with its own proprietary chatbot. By conversing with the app, users can quickly see how much they're spending, how much they're saving and how much they actually could be saving.

The messages the app sends to its users are mostly informal and friendly, filled with emojis and GIF images. Nick Ustinov (Chip co-founder) said the app has seen a 64 percent conversion from install to account creation, since they released a version with the chatbot. "That’s double anything I’ve seen before using a traditional GUI."

However, not all apps, or app features, require this type of interaction. Specific functions within apps can be improved with chatbots because of their conversational and personalized attributes, and we will probably be seeing a lot more of this technology in the future.

Chatbots in apps are basically an upgrade to a mobile user interface, as they bring the most basic type of human interaction into the digital environment. A simpler, faster, and more intuitive user interface results in an overall better user experience, which is one of the key factors for mobile growth. Monitoring the relationship between your UX and chatbots is doable through smart qualitative analytics. By using tools like user recordings and touch heatmaps, you can assess how users engage with your chatbots in real time.