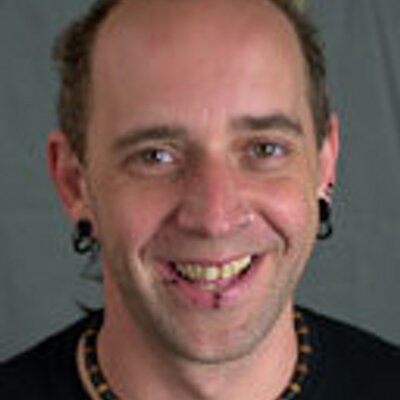 continuing a series of articles focusing on netbeans users and their five favorite netbeans ide features , here's the next part, by joachim arrasz. -- netbeans team.


my name is joachim arrasz, and i've been working with netbeans ide ever since netbeans 3.3!

i’m one of the founders of synyx gmbh & co. kg , located in karlsruhe, germany. here at synyx, we leave our employees with a free choice of which ide they want to work with and, together with nearly all modern ides, most of our developers have used netbeans ide from the very start.

what are your 5 favorite netbeans features?

1. maven 3 support with all these fancy features like "dependency usages" and "dependency graph".

netbeans is the only ide able to interpret maven poms directly so that there is a seamless integration possible. you can map maven custom goals to shortcuts and life cycles and a variety of graphs show dependencies, while letting you visualize and fix broken dependencies graphically.

and whilst other ides need your know how to set up proprietary maven goals, netbeans is able to analyze them automatically and shows all integrated goals in the navigator, with the possibility to run them (also with usage of modifiers!).

due to the fact that nearly all cvs systems are pretty well integrated into netbeans ide, a developer is able to adjust information in a ticket within a git push or svn commit.

the developer does not need to learn any other keyboard shortcut according to these differences. but wait... before you are able to use jira, or another issue tracking system, you need to install the appropriate plugin from the plugin manager.

after installing the plugin sucessfully, as well as correctly configuring it within the relevant project, developers are able to push their changes and also add a comment directly to the relevant ticket.

i often hear that it is a huge effort to integrate sonarqube results into an ide to work directly with them. further, i've often heard often that this is impossible with netbeans ide.

well this is kinda incorrect since the days of netbeans radar plugin :

after you install the plugin, there are two new menu items in the contextual menu of projects, which you can use for investigation and filtering of your sonar issues related to the current project. furthermore, you are able to inspect all relevant issues on your current project and investigate it directly via the issues list.

this little but pretty powerful feature helps a lot in speeding up development, if you use tools like "curl" or "wget" to check your restful services. imagine you develop a little restful service using netbeans and want to check the changes you did before… what to do?

i created a shortcut for the appearance of the terminal window, as shown above, so that now i am able to switch to the netbeans terminal and directly call my restful services via the "curl" command line tool.

of course, the netbeans terminal window is also able to create remote connections. :-)

5. chrome connection and debug bridge between chrome-developer-tools and netbeans

due to the fact that i’m mostly a middleware developer, the coolest feature from my point of view is the possibility to develop, adjust, and debug html5 (html/css/js) environments directly.

however, what’s missing in netbeans ide? well from my point of view, the netbeans team should focus more on integration with common open source tools like the chiliproject and redmine. also, collaborative things from the earlier days are gone which is kinda bad, such as the collaboration plugin.

finally, of course, there is another pretty important feature for me, which is nowadays solved for all ides… the java 8 integration . netbeans was the first ide that supported java 8, so we were able to start pretty early testing of these features, learning from them, and getting a good (or bad :-) ) feeling about the new java 8 features!

do you and your colleagues also want to share your team's favorite netbeans features with the world? write to netbeans dot webmaster at gmail dot com.