we are instinctively more drawn to images than text, as the brain is able to process images at a far quicker rate . however, this doesn’t mean you can just throw together a mass of images and shapes onto a dashboard and expect to wow your audience. much like the cognitive aspects behind our attraction to images, there are other inherent – and to some extent, subconscious – behaviors that become relevant. one of those is first impressions.

we all know the saying: first impressions last a lifetime . but how much truth is there behind it? well, as it turns out; quite a lot. similar to the instinctive fight or flight response, humans perform an act of unconscious thinking called rapid cognition ; more instinctual and quicker than the deliberate decision-making style of thinking we are accustomed to. rapid cognition is our ability to dig deeper and gauge what is really important from a very short experience. as much as we’re told to never judge a book by its cover, this ability to rapidly parse through large amounts of information and decide what’s most important without engaging in slower, more rational ways of thinking is something we do every day.

psychologists call the phenomenon ‘ thin-slicing ’: perceiving details or information within seconds that might take months or years of evaluation with the rational part of the mind. malcolm gladwell describes it as the following:

thin-slicing is not an exotic gift. it is a central part of what it means to be human. we thin-slice whenever we meet a new person or have to make sense of something quickly… …we come to rely on that ability because there are lots of situations where careful attention to the details, even for no more than a second, can tell us an awful lot.

the good news is, you’re able to change and disprove any false first impressions someone may have of you as they get to know you. online, however, this is much more difficult as our attention spans are at record lows . with it being more difficult than ever to arrest your reader’s attention, you can’t afford to let bad first impressions get in the way of your data visualizations – especially when the message that’s buried deeper is well worth exploring.

to prevent this, we’re going to discuss 5 of the most common mistakes to avoid when it comes to visualizing different types of data.

many data visualizations and bi dashboards fall victim to data overload – the overcrowding of content, some of which may not add anything to the understanding of the data. for example, while a 3-dimensional chart may look impressive, they can often make the interpretation of data more difficult. 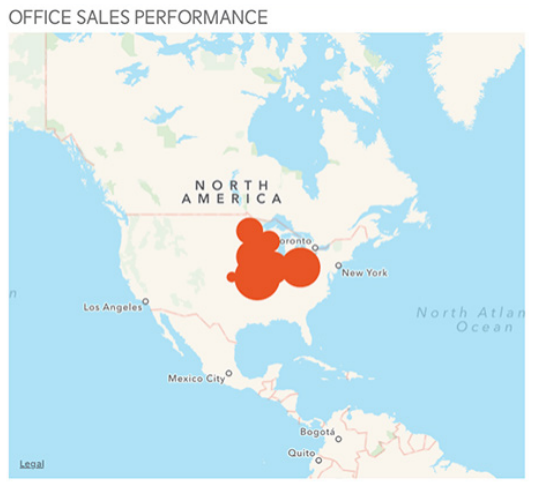 in the same vein, a bi dashboard with 5 charts and numerous labels may showcase a notable amount of findings but is ultimately useless if your reader cannot distinguish what they’re looking at. unnecessary illustrations, drop shadows, fonts, and ornamentations can distract from the data, so use them sparingly. in most instances, less is more.

when dealing with quantitative data, bar or line charts are two of the best methods of visualizing your content. one common mistake is often to do with the chart axes; while it may seem efficient to start the y-axis value above zero for larger values, this can truncate the bars and prevent an accurate representation of their values.

dealing with whole numbers, data often comes in the form of part-to-whole relationships, better known as pie charts. pie charts are an extremely popular method of conveying data, and yet are much maligned for being, as walter hickey puts it, “incredibly bad at the one thing they’re ostensibly designed to do”. 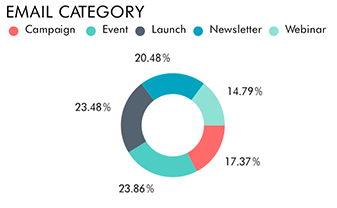 without section labels, it’s actually very difficult to distinguish the sizes of pie ‘segments’ (could you tell the difference between 36% and 37%?) so ensure all areas of your chart are clearly labeled. also worth considering is the number of categories used; too many different segments can make it hard to differentiate between each.

data that lies within a certain range is often used to showcase change over time. line charts are therefore an effective way of conveying the changes or differences between the data over time. you may have started to notice a trend here, but it’s important not to use too many lines in your chart. having a mass of interchanging lines across a chart can quickly become confusing, so we suggest not using any more than 4 series. 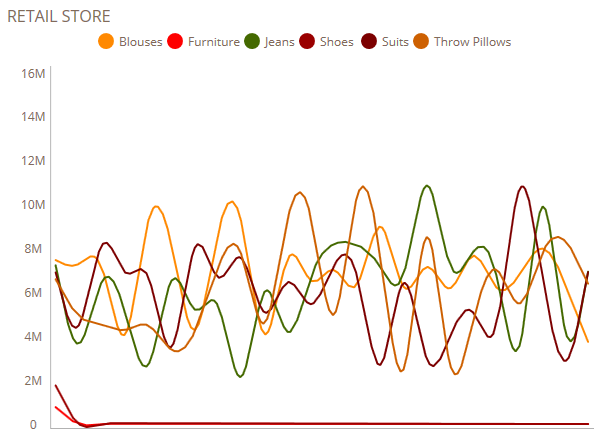 heat maps are one of the newest charts in the data visualization world and have quickly become popular. using geographical space as a base is perfect for categorical data, but there are a few obstacles that can trip you up. color and data ranges should both be used appropriately with heat maps. 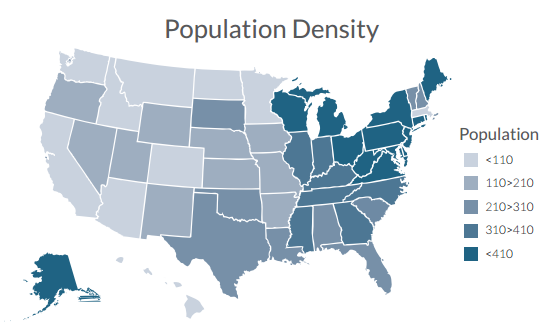 some colors stand out more than others, which can give unnecessary weight to data. instead, use a single color with varying shades to show levels of intensity. for the data itself, select 3-6 numerical ranges that distribute the data evenly between them. +/- signs can extend the high and low ranges.

effective storytelling through data is a required skill which will help you drive influence in your organization – download this whitepaper now to learn more!