this taxonomy contains five types. i am sure that there are plenty other types – please feel free to add more as comments! 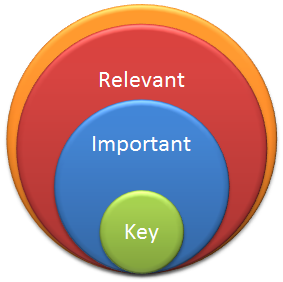 the insecure person is really a sad case. it is a tragic person, who is so insecure that everything is threatening. to overcome their own insecureness, this type of saboteurs will do anything to point of their own knowledge by pushing very hard on a border case they happens to know anything about. when the key areas that are important to the project are discussed, the insecure person often tries to draw attention away from the topic if they don’t know the topic well themselves.

we’re all lazy every now and then. it’s part of being human. most of us can handle it and keep it at a healthy level, but some people make it an art. remember that german guy who claims he did nothing for 14 years ? if you get one of those on your project team you can be sure that they will do anything to not have to do any work. sending the project team into the desert of endless irrelevant tasks is a good way to keep them from ever causing any work for the lazy workers themselves. they are of course too “busy” themselves to be able to help investigate any of those tasks they find urgent…

do you have any personal enemies? i have. if you don’t, i would be really worried about your capabilities to run a project.

you have enemies? good. that means you’ve stood up for something, sometime in your life.
- winston churchill

next on the list are the evil sceptics, who are sceptic to anything new that they probably don’t understand. the evil sceptics are close relatives to the lazy workers and will make their best to find reasons why the project will fail. once they have a reason they will cling on to it, as a motivation for why they shouldn’t do any work.

the project is doomed anyway, they will never solve the accounting problems so there’s no reason i should put any effort into my part.

last but not least on my list we have the enlightened sceptic. this is a special kind of saboteur in that it is a really valuable person that should be listened to. the enlightened saboteur for sure will try to put the project to a halt – but for a good reason.

when a beautiful resort is planned on a wonderful beach less than one meter above sea level nobody involved will be happy with the scientist trying to stop it. in 20 years when the sea level has increased and the area is regularly flooded it is evident that the entire project was a bad idea.

the scientist is for sure a saboteur for the resort project, but it is for a good reason . he knows that the entire project idea is flawed.

the project saboteur theme just turned into a mini series. i originally planned to write a post on how to deal with saboteurs, but i found it hard to do without describing not just the saboteurs’ methods, but also the saboteurs themselves. the ways to deal with the saboteurs are much more related to the type of saboteur, rather than to their methods for sabotage.

the subject of the next post in the series will be counter sabotage.