We’ve all seen movies and heard stories about boisterous internships at large, established tech companies. All play, no work, food, parties, nerds—what more could an undergrad want? Unfortunately, all that hype can lead would-be interns to overlook smaller companies offering comparable, if not better, experiences. With that in mind, here are a few reasons why I’m glad that I chose an internship at Lucid Software, a growth-stage startup.

Brutal interviews have become the norm among tech companies. It would seem that the ability to code under pressure on a whiteboard is a highly sought-after skill. After completing many of these interrogations where I could hardly understand what language my interviewer was speaking (probably a mix between English, JavaScript, and some crazy foreign language), my interview at Lucid was surprisingly relaxed. Difficult? Yes, but relaxing.

What was the difference? Lucid’s core values. See, to pursue their core values of teamwork, innovation, and excellence, Lucid’s interviews are geared towards those candidates that demonstrate these attributes. I got the sense that they were concerned about my personality and work ethic, not just my programming prowess. Strange, right?

Small companies are often very close-knit. Unless you hate humanity, this is generally a positive thing. It is not uncommon to know everyone’s name in the office. Many activities and events are held which help people get to know their team and co-workers better. Before I jumped into my first day of work, my team invited me to play mini golf. I’ve purposely forgotten who lost (probably me), but it was a great way to get to know my team.

And it wasn’t just a one-time thing. Throughout the summer, there were baseball and soccer games, lunches, a cool Star Trek simulator, a hackathon, movies, and a retreat to Zion National Park. I can still remember nearly driving the CEO and myself into a tree as we were off-roading in the backcountry of Zion National Park, but hey, I was hired to build great software, not to drive. 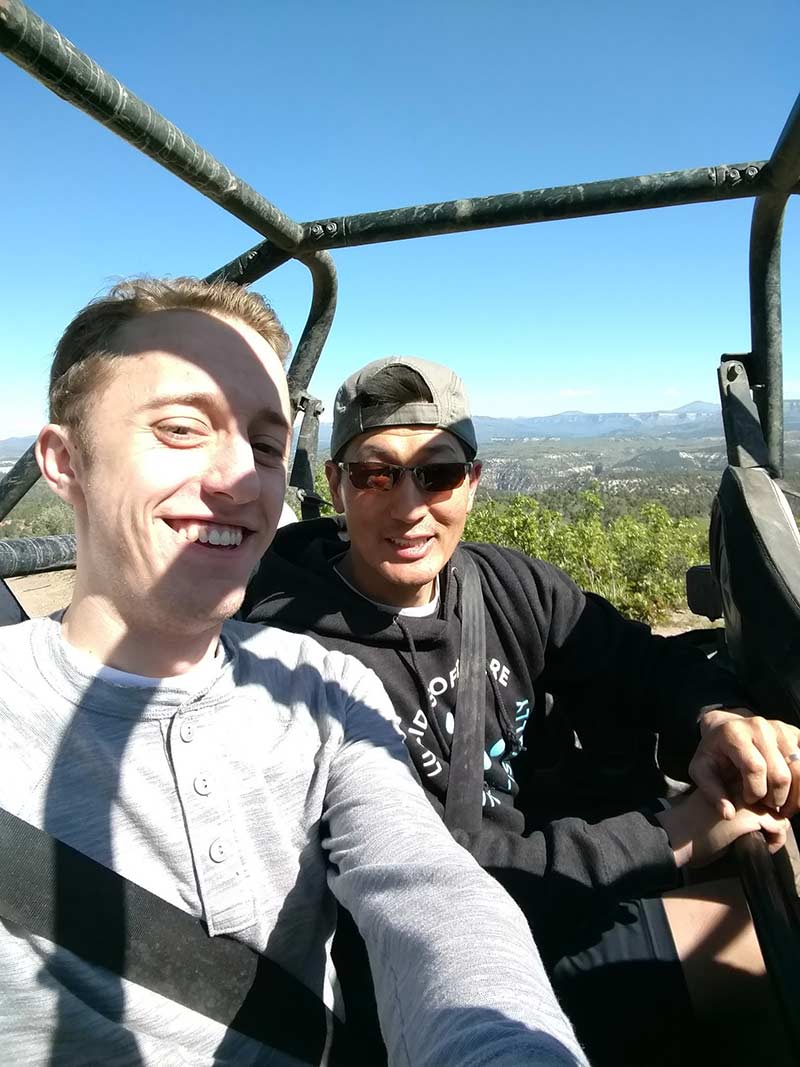 Me (left) and Karl Sun (CEO, right) off roading in Zion National Park

In addition to fun activities, Lucid was more able to offer perks that larger companies struggle with. For instance, Lucid paid for me to go to OpenWest 2016—a conference all about open source, standards, and data. I thoroughly enjoyed listening to talks about projects that I’ve been involved in, such as Cumulus. In addition, the fully-stocked kitchen, train passes, foosball, and ping pong tables were great benefits that many of the other interns and I got a lot of use out of. 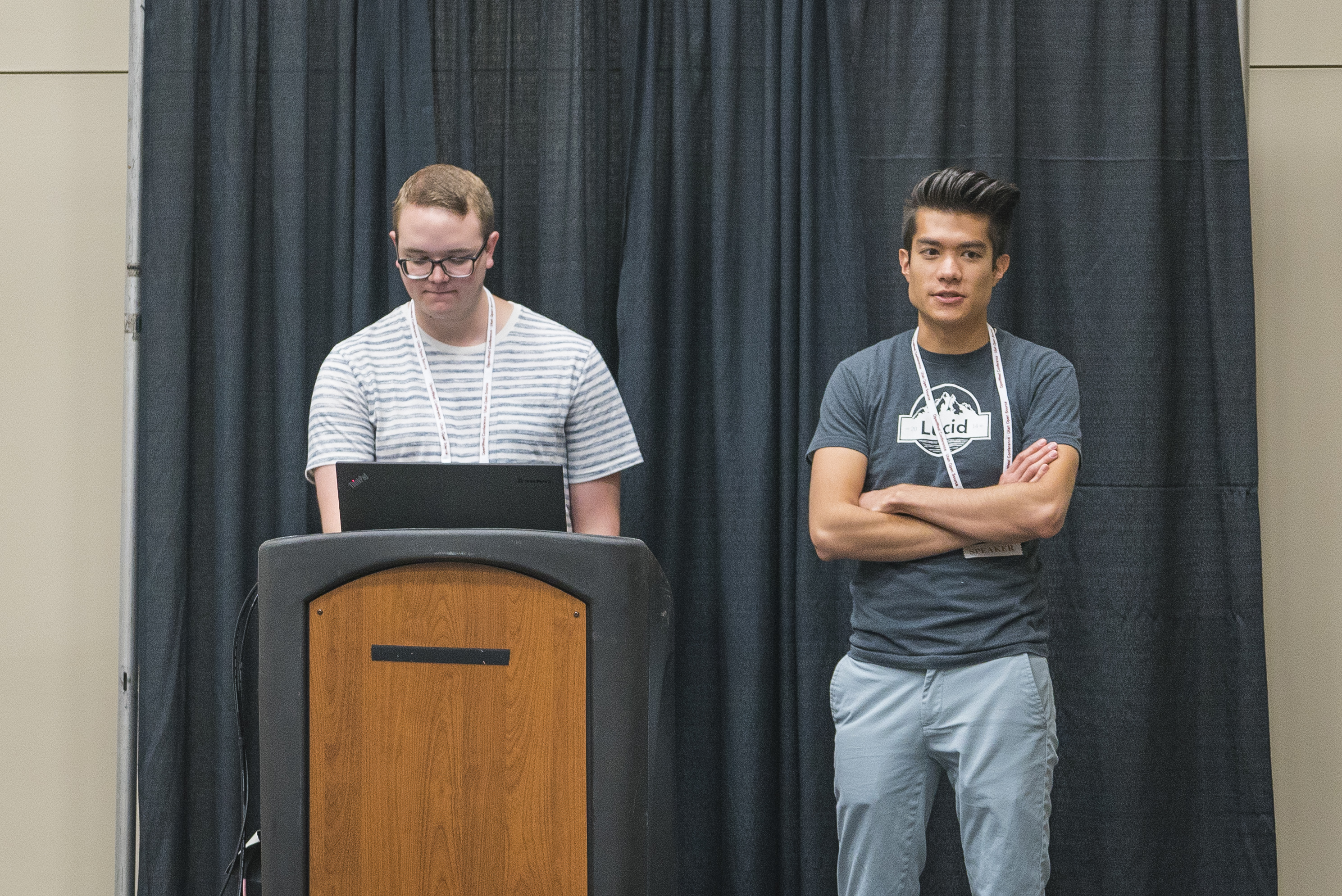 Day-to-day work as a Lucid intern is not too different from that of a normal employee. I always felt that my work was critical and that my efforts could impact the company in a meaningful way. Fortunately, my mentor helped me avoid any mistakes with large negative consequences such as taking down production, so my work had a very positive impact.

Because I’m on the DevOps team, my work was probably a little different than that of a typical intern. Instead of collaborating closely with a team on product features, my mentor and I worked on a script to automate data management of our testing environment in the cloud to greatly increase our site’s reliability, uptime, and performance. It was very much my project, and I learned more about our systems, architectures, schema, and services than I ever thought possible.

Looking back, I enjoyed all the perks, activities, and work, but I think the single most rewarding aspect of my internship at a growth-stage startup was the people I was able to meet. The smaller environment helped me to make some strong connections with some incredibly talented developers, business people, and leaders. In my opinion, that’s what sets apart a meaningful internship from an abject daily grind. Coming into work was a pleasure, and leaving at the end of the summer will be a pain.

Published at DZone with permission of Mark Crossen. See the original article here.