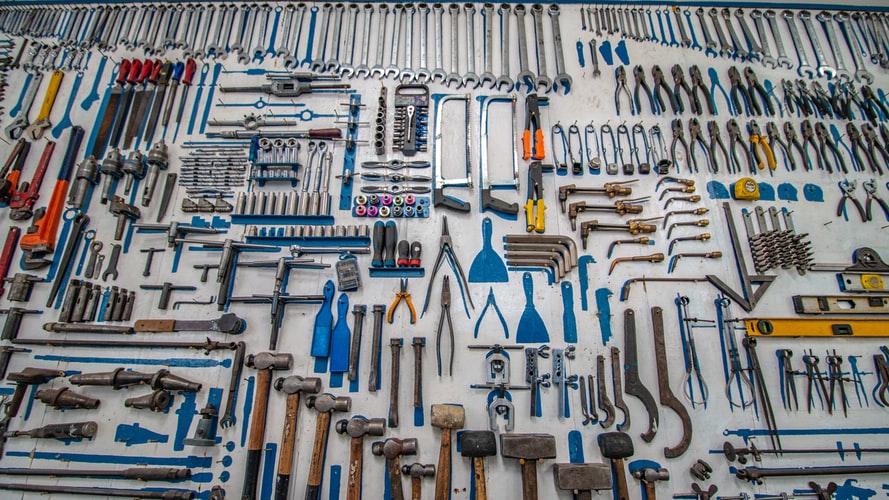 These tools will definitely help!

You may also like: Top 10 Tools to Manage Long-Term Software Development Projects

You will agree with me that software development while being a fulfilling task, can be very task-centered and cumbersome. There are a lot of things involved in product development from understanding the idea thoroughly, to developing, testing, and deploying the product.

The five amazing tools are:

These tools have different purposes and use cases, but they have a common goal: to remove the complexity involved in the software development process and make development a joy for us all.

GitHub is a household name in the software development ecosystem, famous for providing hosting for software development version control using Git. GitHub also has a host of other tools aimed at adding fluidity to the process of making software products, and GitHub Actions happens to be next in line.

GitHub Actions allows you to create custom logic for your app development pipeline. With this, it becomes easier to write code that is independent of other tasks and combine them into a powerful workflow. The end goal of using GitHub Actions is for you to automate the workflow that powers your applications, and put them into production from GitHub.

As a result of this, it becomes easier to incorporate the Continuous Integration and Continuous Deployment process into your apps. GitHub Actions flourishes with the use of events, so when certain activities occur, the defined actions get triggered, so you don't have to worry about performing those tasks yourself.

A good use case for GitHub Actions would be creating an action to build and deploy your code into production after you push to GitHub. Such action will save you the time of manually deploying your code after every push. Another use case could be to set up an automatic mail action to other members of the team after a push for code reviews.

GitHub Actions is currently in its Beta phase, and you can sign up and begin using the fantastic tool. It is far from perfect at the moment, but it's going to be one powerful tool.

Deployplace is a new kid on the block, and they'd be building tools to help with the deployment of software products. DeployPlace happens to be entirely focused on the deployment process of apps and look in place to create fantastic deployment tools for us all.

As a DevOps or Site Reliability Engineer, you'd find what DeployPlace offers to be quite exciting. The deployment tool is very supportive of CI/CD. You only need to add the CI of your app and the server details and the job is done. CIs such as GitlabCI, CircleCI, TravisCI, BambooCI, and Jenkins are all supported.

DeployPlace will prove useful for developers who do not want to get involved in the deployment process of their apps. So you can focus on writing code and developing features, with the assurance that it'll be deployed with highest standards when using DeployPlace. DevOps engineers looking to abstract complexities when deploying services will also find DeployPlace to be a great tool.

DeployPlace will be launched soon, and they are planning a special discount for their first 100 users. So you can subscribe to their mailing list, and receive alerts as soon as it is released.

ExBrain is also a new kid on the block, looking to build tools to help the developers improve. Hence, they are creating tools that impact the quality of code and your abilities as a developer. ExBrain builds tools to help developers learn more about the codebase and get comfortable with it as quickly as possible.

It is no surprise that developers need to work with different codebases very often. Be it when they change jobs, or move on to another project. It becomes a huge task to get accustomed to the new codebase.

What ExBrain does is to split the codebase into smaller chunks and convert them into flashcards. Now your understanding of the codebase can become second nature as you'd comprehend how classes, methods, and different functions work quickly.

ExBrain also provides a means to track the flashcards you've mastered. So you can track your progress while trying to grasp the codebase.

ExBrain will prove useful for developers who are new to a codebase. So you can spend some time getting used to the codebase, patterns by making use of the flashcards. The time you spend doing this will pay off later on as you won't have to deal with many roadblocks anymore.

QueryPie is a cross-platform IDE that makes it easy to work on multiple databases, such as PostgreSQL, MySQL, MariaDB. So you can make queries on whatever database is powering your app with one tool, and not have to change to another tool when changing databases.

QueryPie provides features such as an object information panel, a search function, SQL autocomplete, and the ability to run multiple database queries. QueryPie is a full-scale, ultra-powerful IDE; something like PyCharm or IntelliJ IDEA, but for databases.

Data Engineers, Data Administrators, and Backend Developers will find QueryPie to be a useful tool. Databases can be tough to work with due to their level of complexity. With QueryPie, it is easier to understand and work with them more effectively.

QueryPie has been released and is ready for use, so you can download it for free and begin benefitting from all its features.

Like DeployPlace and ExBrain, AutomatedApi is also a new kid on the block. They are looking to build backend services to automate a lot of the necessary routine, monotonous tasks on the server-side.

AutomatedApi provides a means of storing data for your application, so you only get to call and access the data without worrying about how it works. You only need to set up AutomatedApi, by telling it what data you intend to store and connect to your service. This way, you do not have to create new APIs from scratch, and you can spend time on other tasks that matter to you. The APIs that AutomatedApi builds are RESTful and are very secure to prevent data breaches.

Automated API is currently in its Closed Beta stage, so you can join and have an early feel of the tool.

A lot of software development tools look to provide solutions to problems faced when creating software, but some end up adding more complexity and technical debts.

The five tools you've seen in this article, do a great job of removing complexity and making the software development process an enjoyable one. While these tools are either not released or stable yet, a couple of them will become part of your workflow in a few months.

Got another tool in mind that you feel will rock the market soon? Share in the comments section!

REST API: Your Guide to Getting Started Quickly

Best of DZone: All Things API

Kubernetes vs. OpenShift – A Detailed Comparison