Everybody wants to rise higher in SERPs and the difference between first and second-page rankings in Google can be night and day when it comes to traffic and generating more leads for your business. Web performance plays a crucial role in your strategy to improve Google rankings in SERPs. A Content Delivery Network (CDN) can help you achieve those coveted first page rankings in five different ways: by taking advantage of the HTTPS ranking factor, decreasing your overall load times, "dwell time," bounce rate, and speeding up the indexing of your images.

5 Ways to Improve Google Ranking in 2017

Brian Dean, an SEO expert over at Backlinko, recently published a great case study in which he and some of his well-known data partners, SEMRush, Ahrefs, and more analyzed 1 million Google search results.  The purpose of the study was to show the correlation between first page rankings in SERPs and Google's ranking factors. We are going to explore more below how a CDN can help you implement some of the insights from Brian's findings, as well as additional ranking factors that you should also be aware of and focus on.

Of course, the first way to improve Google ranking in SERPs is to decrease your average page load speed! We have said this many times, but we can't stress enough how important this is. Google loves fast websites. If there are similar sites with comparable DA, content length, backlinks, etc, Google is most likely going to pick the fastest one to show first in SERPs. At one point Google even went as far as testing red labels in SERPs labeled "Slow" for the websites it deemed to be not fast enough. 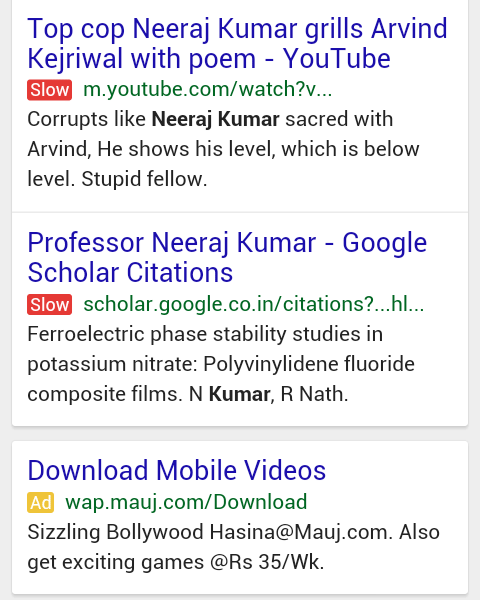 Google has been talking about using site speed in web search rankings since 2010 and that faster sites create happy visitors which then spend a longer a time on your site.

In Brian Dean's study, they used Alexa's domain speed to analyze the median load time of 1 million domains. And to no one's surprise, there was a direct correlation between the average page load speed and the Google ranking in SERPs. 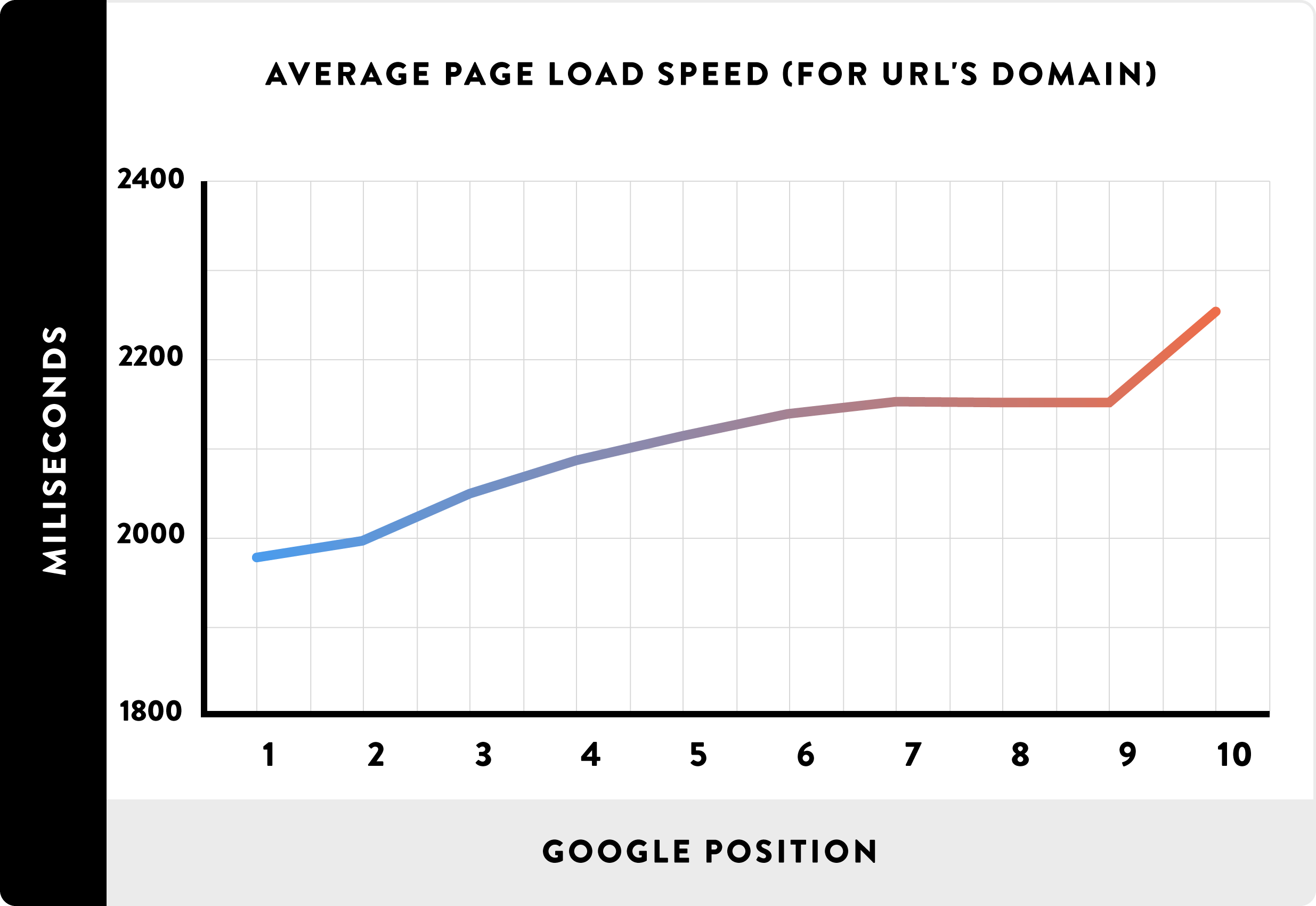 Another case study performed by Moz a few years ago also showed that when it comes to TTFB there also was a clear correlation between decreasing search rank and increasing time to first byte. Sites that have a lower TTFB respond faster and have higher search result rankings than slower sites with a higher TTFB.

Again, there is no way to prove any of these statistics 100% because you have no clue what else the owners of the websites are doing. It could be that those optimizing for speed and TTFB are also building backlinks, doing better at on-page SEO, etc. All we can show you is correlations, but time and time again there has been a direct correlation shown between page load times and the positioning in SERPs.

A CDN can drastically decrease your website's latency and average page load times by serving a cached copy of your assets from a location closer to the visitor. We performed our own little case study on the difference in latency with and without a CDN. We saw an average decrease of 73% in latency simply by enabling our CDN.

This is one of those factors that has never been confirmed by Google but you can assume that it exists to some extent, and that is "time on site." Bing's previous head of Webmaster Tools, Duane Forrester, wrote a blog post and referenced a term that some SEO's call "dwell time." Dwell time is basically an algorithm of bounce rate and time-on-site metrics. It measures how long it takes someone to return to SERPs after clicking on a result. Peter Meyers, a marketing scientist at Moz, recalled that at one point Google tested a feature where if you clicked a listing, and then quickly came back to SERPs, you would get an option to block it. So this would suggest there is some type of "dwell time" algorithm going on behind the scenes.

You can ensure a longer "dwell time" or time on site by making sure that every page on your website loads fast. Many people tend to have a bad habit of optimizing their homepage only when they really should have started with their heavier content first. For example, on a WordPress blog, the posts themselves usually take longer to load than the homepage. Using a CDN will ensure that all of your web assets are delivered fast as your visitors spend time browsing your site. We recommend aiming for at least one minute or higher for your "time on site" durations. If they are lower than that you might want to put yourself in the shoes of your visitors and contemplate why that might be happening.

The third factor and way you can improve your Google ranking in SERPs is to decrease the bounce rate on your site. It is important to note that bounce rate is not the same as time on site (dwell time) as we just previously discussed. Bounce rate is the percentage of visitors that leave your site after only viewing one page. Google defines bounce rate as the percentage of single-page sessions (i.e. sessions in which the person left your site from the entrance page without interacting with the page).

Brian Dean pulled 100,000 websites and analyzed them in SimiliarWeb and the result was a direct correlation between bounce rate and rankings in SERPs. 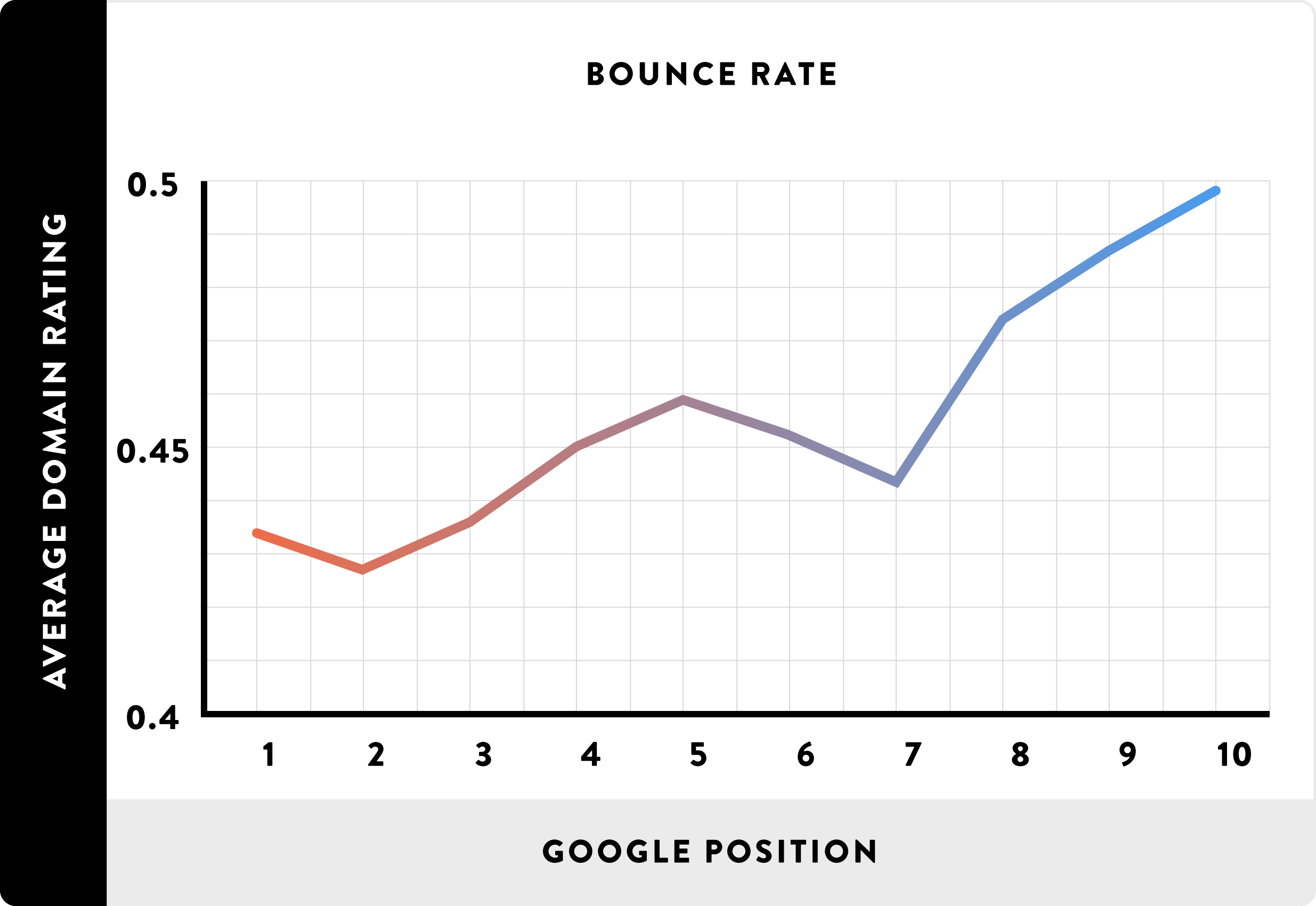 Again it is impossible to confirm this 100% but many SEOs have assumed this has been a ranking factor for years. A CDN can help so that visitors don't bounce before even hitting your site. According to KissMetrics, 47% of consumers expect a web page to load in two seconds or fewer. You have a short period of time to get your content in front of your visitors, otherwise, they will be gone (along with your bounce rate)!

The fourth ranking factor and way to improve Google ranking in SERPs is HTTPs, and that includes HTTP/2. As you know Google is pushing hard for HTTPS everywhere so that the web is a safer place. Back in 2014, Matt Cutts announced that HTTPS is now a lightweight ranking signal and that over time Google might strengthen this signal. So running HTTPS can help benefit your SEO rankings.

In Brian Dean's case study, the use of HTTPS did show a slight correlation with higher rankings in SERPs. We highly recommend migrating to HTTPS sooner than later. 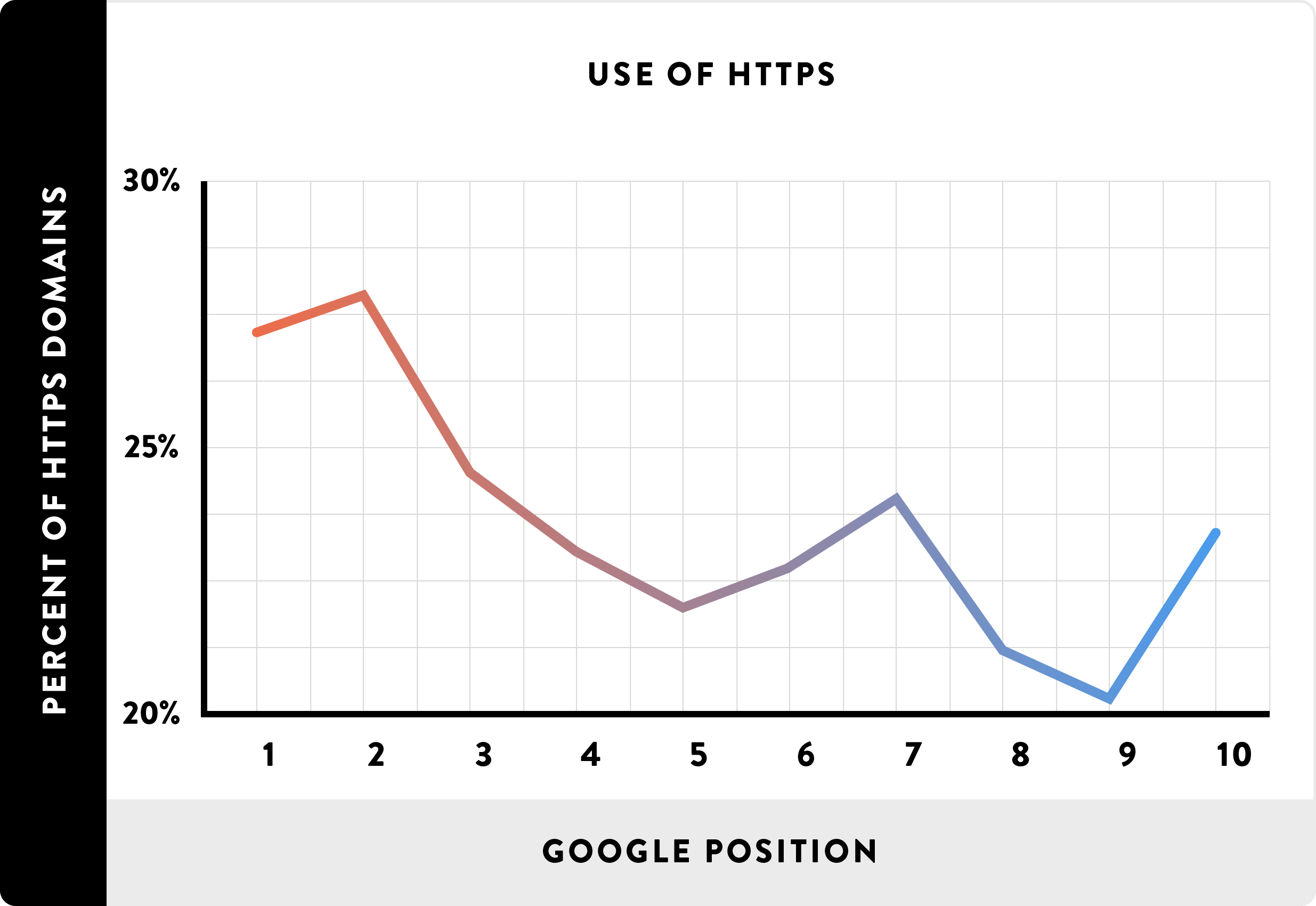 When it comes to HTTPs, a CDN can help you accomplish this, but you will also need to ensure your web host, origin server, is running over a secure connection as well. KeyCDN was one of the first CDN providers to launch a Let's Encrypt integration which allows us to provide all customers with free SSL certificates. You can enable SSL and Let's Encrypt with a single click from the KeyCDN dashboard! 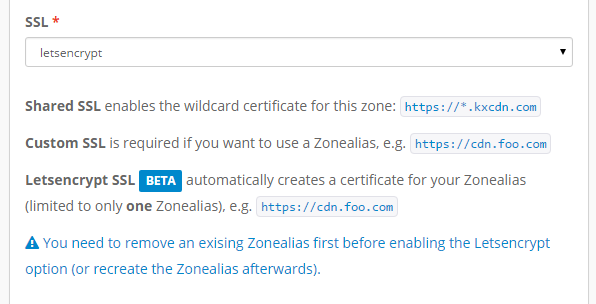 And not only that, KeyCDN was also one of the first providers to launch HTTP/2 support which will give you performance benefits, and yes, you guessed it, will help improve that speed ranking factor. As of April 2016 KeyCDN now also supports HPACK compression via HTTP/2 with Huffman encoding which reduces the size of your headers on average by 30%!

Notice that Google said the weight of the HTTPS ranking factor signal might increase? Well, starting on May 15th Chrome will no longer support SPDY. Servers that do not support HTTP/2 by that time will serve Chrome requests over HTTP/1.1, providing the exact same features to users without the enhanced performance of HTTP/2. At the same time, Chrome will stop supporting the TLS protocol extension NPN, which allows servers to negotiate SPDY and HTTP/2 connections with clients. With all these changes happening around HTTPS you can assume the ranking factor weight will increase. Ensure when you migrate to HTTPS that both your web host and CDN provider supports HTTP/2! You don't want to be worrying about this later.

Google image search is a topic we rarely see discussed in the SEO world or even the CDN world, and yet it is a very important factor in SERPs and actually can generate a lot of traffic for people. We wrote a whole post just about indexing images in SERPs with a CDN.

As you can see, a CDN can definitely help improve Google ranking in SERPs by ensuring your web pages load faster and also that your images index faster. It can help increase your total time on site AKA "dwell time," decrease your bounce rate and help give you an easy solution to deliver your web assets over HTTPS, while benefiting from HTTP/2 performance.

Published at DZone with permission of Cody Arsenault. See the original article here.