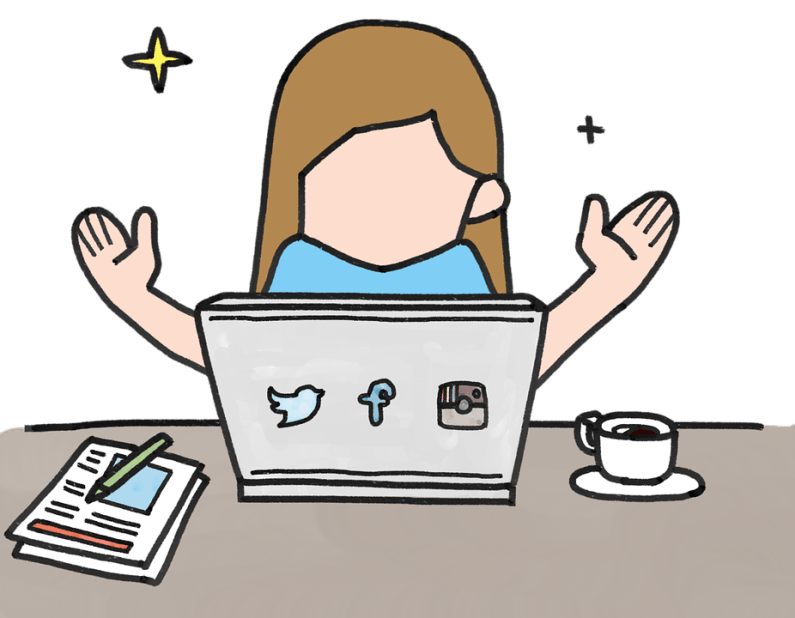 Because this is the age of technology, where robots do Amazon’s warehouse work and 14 year old children have iPhones, it should come as no surprise that something as trivial as social media has an enormous impact on career building. Yes, while it may seem strange and maybe even slightly funny, posting messy pictures or obnoxious commentary on any social media isn’t going to increase your chances of landing that dream job with that studio that you’ve been dying to work for since you were five. In fact, it may have the opposite impact, making them turn their attention toward someone else.

Let’s consider some of the “rules” you probably shouldn’t break:

Yes, people read your tweets, and consider how you interact with others, before they hire you. We mentioned it before, but a session at GDC 2016, titled “Audio Bootcamp: Why I Rejected You – Observations from a Hiring Manager,” made it clear that hiring managers essentially stalk potential candidates. They look over all your social media pages, including Twitter. If you’re ever rude to people or post obnoxious comments that could be regarded as being rude to someone else, the hiring managers will discard your resume. In fact, if there is another less qualified candidate that happens to be cordial and nice online, they will choose that person over you. They prefer to take the time to train that nice person than deal with your abrasive personality all day, five days a week.

No, that time you went to Cabo and got drunk is not a good idea to upload onto your Facebook albums. Keep things clean, it’s not that hard. Think of the image you’re portraying when you post pictures of messy behavior. It showcases that you value the times when you get rowdy and that you might not be all that mature. It showcases that you’re probably ready to have a good time at a moment’s notice, but that you’re not responsible enough to get your priorities straight. Even if you’re not actively looking for a job, say you’ve already landed a good job and decide to post the pictures: they could fire you because you represent that company. They don’t want to be associated with your trip to Cabo or keep that sort of employee. They want to be taken seriously and be an established, respected, studio.

LinkedIn is meant for working professionals, which means your profile image shouldn’t be something you took in 2003, at your friend’s party. It shouldn’t be you at your computer, with your headset, making a silly face on Snapchat. Men, keep your shirts on. Ladies, put the cleavage away. Make sure the quality of the picture doesn’t look grainy, or like your drunk friend took it at 2AM when the party was still in full swing.

We can’t stress enough just how terrible that makes you look on LinkedIn. It’s a site where people go to make work connections, and find work opportunities. People promote their games and add their professional resumes on there. No one is there to find a friend they can go bar hopping with and no one is looking for a date.

Speaking of LinkedIn, Here’s the LinkedIn for Gaming

Speaking of LinkedIn, if you’ve ever used it, you should have quickly realized that people of all industries are on the site. It’s not just gaming, it’s nursing, psychology, retail, marketing, etc. If you’ve been searching for a site that is much like LinkedIn, but that is solely for gaming, you might want to check out Rezli. It goes by category, so audio engineers, designers, QA, etc. all get their own sections. Even media journalists and event organizers get unique areas, since without them, developers wouldn’t have as many ways to connect with players.

What makes this site great is that it tells you the skills you need and what you need to study to get into each field. You can follow people in those categories, and have them follow you. On your profile, you can add your brief bio, games worked on, portfolio, and history (resume, of sorts).

Oh, and by the way, you could win TWO free copies of Dark Souls III thanks to Rezli: all you have to do is sign up, complete a profile, and get social media happy!

No, it’s not social media, but your portfolio, which should be online,  linked to in social media. Twitter, Facebook, and LinkedIn should have a link to it. The reason being that no one that follows you will know that you have a portfolio if you don’t make them aware. Posting about it isn’t enough.

Imagine all the content on an average social media feed. There is so much competition for attention in the form of likes and follows, that posting a link isn’t enough. Now, if you post an image you created, or an excerpt of what you wrote, or a video of your animation, followers may click into your profile to see what you’re all about. If you have a link to your portfolio on there, boom!

No curse words, no rantings about how much you hate a certain studio, or how you despise a certain game. Be respectful, be professional, and link this to social media! Think about it: why would a studio hire someone that has a pretentious blog, where their opinions are fact and everyone should agree or face the wrath? That just makes it seem like you’re terrible to work with and like you’ll never be happy with the content the team is working on. It makes it seem like you want to control everything. No one wants to work with that person, that’s everyone’s nightmare!

Being rude or messy won’t help you land that job. Being professional will. These days people get fired for being rude on Twitter, while others don’t even get hired if they’re not sensible about what they post. It may seem trivial, or irrelevant to your career, but it’s really not. You work in a professional industry, and you are to be regarded as a professional. To portray yourself as anything less is a disservice to both you, and the company you want to work for. Credibility is such a difficult thing to build, and such an easy thing to lose.

Don’t Be a Ghost Coder: How to Make Social Media Work for Your Career

A Software Developer’s Guide to the Recruiting Industry