Web services are a standard when it comes to the design and development of API interfaces between enterprise software applications, which is why there are several web service testing tools that provide the testers with the ability to design and execute software tests. In this article, we present 5 tools to test web services, specifically SoapUI, JMeter, Postman, SoapSonar, and Wizdler. These tools provide various capabilities to cover all types of web service tests that can be performed, such as functional tests, service simulation (Mocking), security evaluation, and load and performance tests. 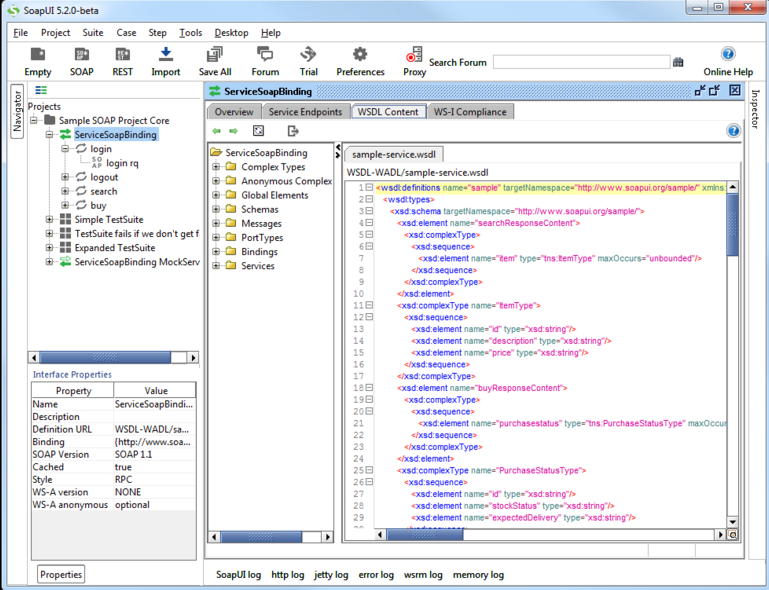 SoapUI is one of the tools to test web services, which allows you to design web services tests of SOA and REST architectures. You have been on the market since 2005. With SoapUI, you can try web services in the SOAP, REST, JMS, and AMF protocols, and you can also make HTTP(S) calls for web applications and JDBC for databases. It has a free version and a professional version (the latter has a cost).

SoapUI allows the creation and automated execution of different types of software tests on web services, including:

Apache JMeter is an open-source application designed for the execution of load tests and performance measurements in applications. It is a tool developed by Apache software foundation 100% in Java. It was originally designed to test web applications but has since expanded to include other functionalities.

JMeter has capabilities to perform load and performance tests in different applications, servers, and protocols, including:

Postman is a tool for testing web services and application interfaces (APIs) in REST architecture. In general terms, it allows you to send post requests to any web server and provides and catalogs the response. It started as a Chrome browser plug-in, but then it was launched as a native version for both Windows and Mac. It has a free version, professional version and business version at different costs

Among its features are:

Developed by Cross Check Networks, it is available in a personal (free) edition, professional edition, and server edition at different costs.

Among its features are the following:

If you do not need all the advanced features and you are looking for something simple, you can try Wizdler, a web service testing tool that only supports SOA architecture, presented as a browser extension and available for Google Chrome and Mozilla Firefox.

Using it is very simple. After installing the plugin, enter the WSDL address in the browser's page address, and Wizdler recognizes it and lists all operations and services.

Thanks for reading. Feel free to ask questions in the comments section.