If there's a word you can't escape at tech conference right now (well besides edge and blockchain) it has to be 5G. Currently only available to a small number of people in a small number of locations. With 5G, mobile technology is expected to be faster, have fewer dead zones, and end data caps on cellular contracts. We've already seen Samsung and Verizon, Sprint and LG, and other companies announce 5G smartphones to be released in the first half of 2019. But one of the most promising applications for 5G is actually healthcare. 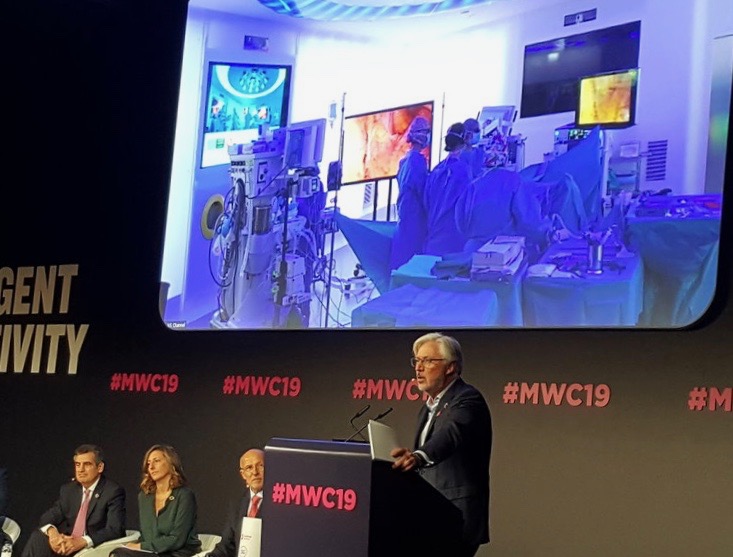 Remote telehealthcare must provide always-on, real-time pinpoint accuracy as was demonstrated at this year's Mobile World Congress (MWC) where the first remote surgery was performed live over 5G between the Congress stage and Hospital Clinic de Barcelona, with a renowned medical expert advising an in-theatre surgeon on a live operation in near real time. The procedure, laparoscopic surgery to remove part of the large intestine. used a Vodafone-provided 5G connection and was done in partnership with online education portal the Advances in Surgery (AIS) Channel; Hospital Clinic de Barcelona, 5G Barcelona and Mobile World Capital. It was performed with the full consent of the patient. 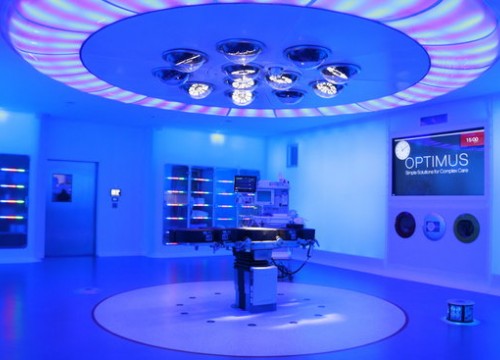 During the procedure, the hospital's head of gastrointestinal surgery, Dr. Antonio de Lacy, drew recommended incision points and pointed out potential problem areas on a screen at the venue. In almost real time, his directions appeared on a large display in the surgery room for reference of those performing the operation.

"I am drawing with my hand on this screen, and at the same time on their screen," he said. "Before 5G, we had to freeze the image to draw, but the surgeon is moving on and that is not ideal."

Around 143 million surgeries around the world do not happen each year because there aren't enough expert surgeons. De Lacy said 5G technology could help bring that number down.

According to Speaking Julia Velasco, Vodafone Spain head of network deployment and optimization: “5G allows low latency but also a high-quality image [on screen] at high speed. Using network slicing we can dedicate the services to the e-health service independent of the rest [of the network].”

The operator is working on a number of other health-related projects in the city including a connected ambulance pilot. Technologies used in that trial enable detailed monitoring of patients before they reach the hospital with the data accessible by staff within the building before the ambulance arrives.

Dr. Lacy said the occupation was the realization of a dream and that he hoped to come back to future MWC events to showcase further advances in the sector including the use of remote surgery to move the instruments used in the operating room.”The surgery proved rather confronting to conference attendees watching who had never seen a live surgery. 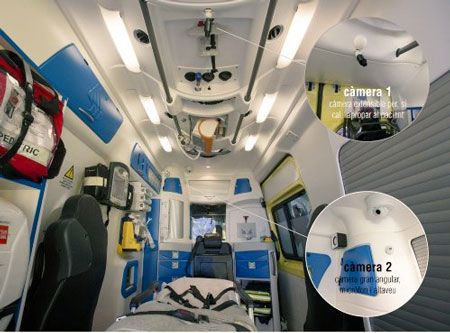 MWC this year also included a number of other healthcare applications including  5G-connected ambulance pilot project. Catalonian Minister Vergés said that 5G technology will “help us ensure a much faster connection with no interruptions. We’re putting technology at the service of people,” she said. The ambulance will make it possible to “better diagnose patients, treat them more quickly, and save lives”.

The ambulance is equipped with three hi-res cameras and a 5G Vodafone connection that provided a dedicated communication channel, with minimal delay and high-definition video,  between the emergency crew providing care to the “patient” in the ambulance prototype at the Catalan government stand and an SEM medical specialist at another location, who was able to offer expert assistance to deal with the critical emergency.