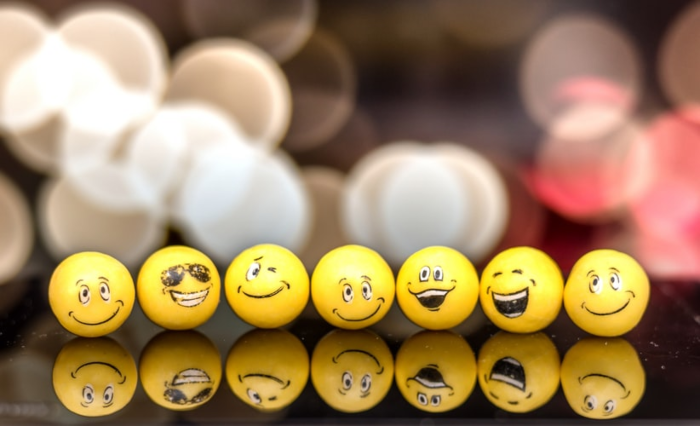 Are emojis ever appropriate?

Chat can be every bit as annoying as email if you and your colleagues aren’t using it right. It’s ironic, really. The whole point of group chat is to be a fast, fun way to communicate. Based on the conventional wisdom around chat etiquette, you’d think to send a quick ping was as delicate as inviting the Queen to high tea.

You may also like: The Guide to Workplace Communication Channels You Didn’t Know You Needed

Let’s cut ourselves some slack here (pun intended). Unless you actually do work for the Queen, the rules of effective group chat don’t include a lot of formalities. In fact, good chat etiquette strips away the fussy protocols in favor of efficiency and authenticity. If you’ve felt stifled by your team’s chat culture, read on for a breath of fresh air as we embark on some myth-busting.

Chances are, your chat channels don’t need to be private. Moreover, locking co-workers out tends to be counterproductive. If people can’t access your team’s channel, they’ll decide that consulting with you is too cumbersome. Then they’ll proceed to go off in their own direction. This means you’re likely to get stuck cleaning up some kind of mess down the road. Private channels also breed information silos, another productivity killer.

Many of the downsides associated with open channels can be solved while still keeping the channel open.

Make channels open by default. If you’re discussing something that must be limited to a particular group for legal, privacy, or security reasons, make it private. If not, leave it open. It’s that simple.

Myth #2: Emojis Are Inappropriate for Work

Bologna. You absolutely should use emojis at work. They’re fun and they promote team cohesion. You can even work with your friendly neighborhood chat admin to add custom emojis. If the person on the other end doesn’t recognize it, they can mouse over and discover that the bearded guy from those old Dos Equis commercials means “interesting”. That’s not to say all emojis are appropriate at work, of course — if you wouldn’t use it with your parents, don’t use it with your colleagues.

Myth #3: Announcing Every Time You Join or Leave a Channel Is Good Form

It’s nice to say hello the first time you join a channel! You don’t need to announce yourself every time. And unless you’re signing off in the middle of a conversation, saying good-bye isn’t needed. It’s just more noise.

Myth #4: Text-Speak Is Inappropriate for Work

If you pinged a teammate to ask when they’ll be ready for lunch and they reply “I dunno tbh, prolly bout noon” would you understand what they meant? Probably. (Actually, make that “prolly”.) Again, the beauty of chat is it’s meant to be fast. If you prefer a quick “omw” instead of typing “On my way!” when you’re already late for the meeting, or respond to a joke with “LOL!”, people will understand. Or, if they don’t, share this handy list of internet acronyms with them.

Myth #5: You Shouldn’t Use @Channel Unless the Roof Is on Fire

Do be judicious with @mentions that notify the entire channel, but don’t be shy about using them when you’ve got something everyone needs to see. If your team is spread across time zones, be reasonable with your timing and expectations around how soon you’ll get a response.

That said, don’t be so cautious about pinging people during off-hours that you sabotage your own efficiency. Popular tools like Slack and MS Teams allow people to automatically mute notifications at night or during the kids’ bedtime. It’s each person’s responsibility to configure their notifications in whatever way is right for them.

Trust that your colleagues have done so, and if they haven’t, that’s on them. (There. I said it.) One caveat, however: be mindful of those in roles that require being on-call overnight. They’ll need to keep notifications on, so don’t wake them up unless it’s an emergency.

Well, of course, the chat is different. It’s for work. But if your work environment requires checking your personality at the door, it might be time to examine whether that’s an environment worth working in.

Sharing pictures from vacations or the weekend (y’know…within reason) is a great way for teammates to bond. If your team prefers to keep your channel strictly business, fire up a separate channel for the fun stuff. Leave it open for others to join, too. You might be surprised to learn who else around the company enjoys trading cat memes and cocktail recipes.

What Conventional Wisdom Gets Right

As fun as that little contrarian romp was, let’s turn things back around. Some of the advice floating around about chat usage is worth heeding.

Last, give people the benefit of the doubt if messages come off as testy or otherwise ill-mannered. One of the downsides of chat is that we can’t hear or see each other, so it’s easy to misinterpret meaning. (That’s another reason emojis are legit! A well-placed :) prevents a lot of confusion.) Still, some people just aren’t emoji people. As with many situations at work, a little grace goes a long way.

Communication Is Key to Transformation

Five Ways to De-Escalating Conflict at Any Workplace