Recently, Google has declared the next version of its mobile OS Android 6.0 which was known as Android M but officially called Marshmallow. Google says that, instead of representing update of OS as 5.2, it will be numbered Android 6.0 that come with numerous latest features to be often used up your Smartphones and Tablets with updated facility. We thought of listing you some features for Android phone and Tablet users to look forward to. 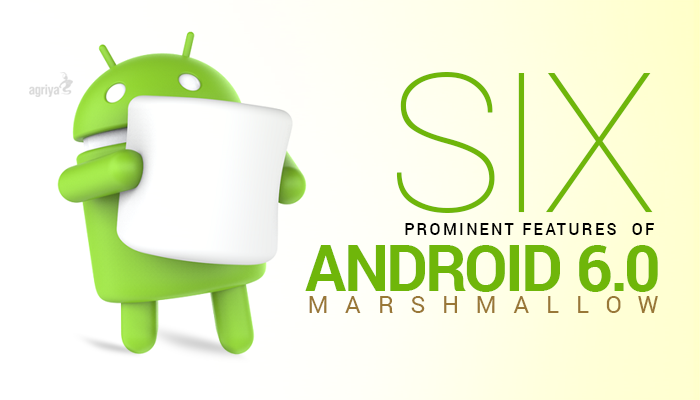 Here we see some major features of Android 6.0 Marshmallow.

“Now on Tap” is one of the best Android’s features reckoning for Google Now and it’s gaining more importance in Android 6.0. With help of Google Now you can pull up useful contextual information on anything from making quick research across any app, if you are using the Smartphone. Just you need to do tap and hold down the home button while watching a video on You Tube if you need to find out more information about someone in the video.

Recently on Android 6.0 Marshmallow Google has resets app permissions and it makes easier for the user to accept or refuse permission to apps while they are updating. In addition to it, you can change the permissions that you want to refuse or accept changes while downloading an update for an app with new features. Users can also refuse specific permission by going in settings and review app permissions.

Google is renovating its own mobile payment service to challenge with the ratings of Samsung Pay and Apple Pay. Now, Marshmallow will help users to make transaction seamlessly by tapping their phone onto a supporting terminal with help of NFC-based payment system.

The functionality of the Android pay is equally applicable with phones based on Android KitKat and above versions. Entire process works are based on a virtual account number of users and secure your real number from being shared with a third party. In order to make much easier and quicker for payments, Google is allowing Android app developers to integrate Android Pay with their own applications.

A fingerprint technology is now gaining more importance and outspread on Android phones. So Google has taken steps to add advanced systemized fingerprint support in Android 6.0 with any app based on the increasing trend of Smartphones with fingerprint sensors and the thriving necessity for high security. These sensors will only allow authorized payment authentication through Android pay and also include security layer to the Smartphones.

Android 6.0 is inbuilt with new updated RAM manager that is located in the setting menu. This process allows the user to view and analyze the amounts of RAM being used for a specific duration exactly and displays your free space of RAM usage. It allows you to view the detail amount of RAM used for applications.

Share menu in Android makes convenient you in sharing, but Google makes simple with Marshmallow to send images to several contacts in hassle-free by launching a new feature called Direct Share. It helps you in sharing content or messages with a specific contact through a specific app just by a single tap.

We have listed out the six best features of the Android 6.0 Marshmallow with functionality and performance. So developers can build stunning apps with Marshmallow that offers you massive experience for both existing and new users. The new version of Android provides you innovative thought of what will be seeing in the upcoming future.

Published at DZone with permission of Praneed Jorge. See the original article here.