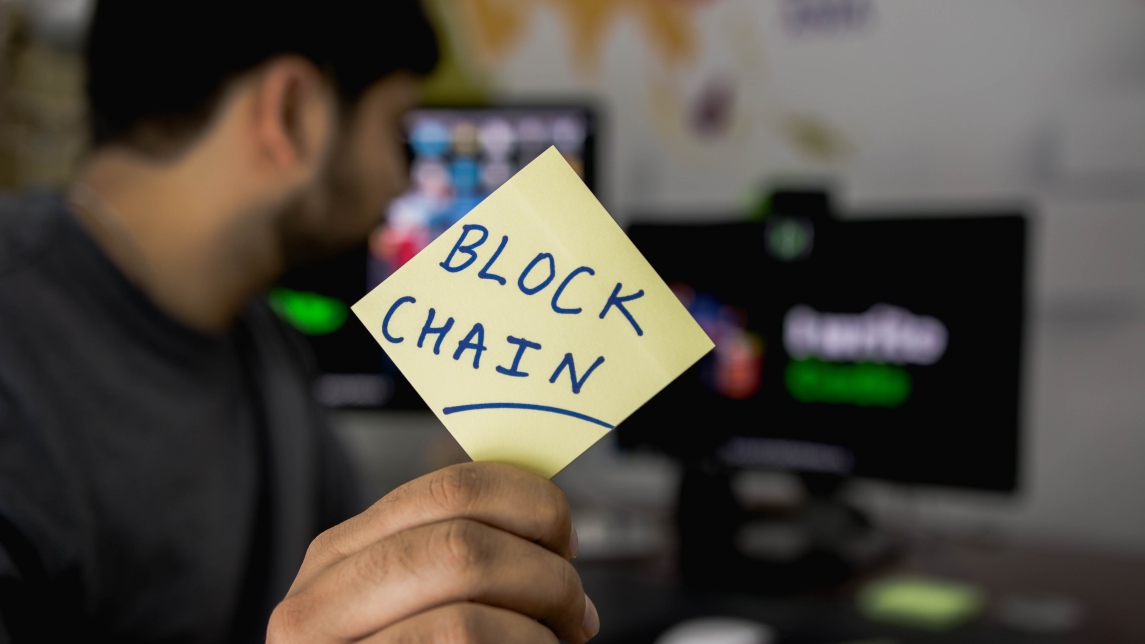 This is the type of technology which has the potential to change the current monetary system. Blockchain goes beyond the possibility of controlling digital currencies and offering faster peer-to-peer transactions. It is part of an advanced ecosystem of emerging technologies.

This includes artificial intelligence, commerce, and robotics. Interest from a variety of different industries in distributed ledger technology has received mass attention, especially in business.

You may also like: Blockchain Implementation With Java Code.

Blockchain tech is the structure of data that represents a transaction or financial ledger entry. Afterwhich, each transaction is digitally signed to confirm its authenticity and to ensure no alterations can be made to it. This process makes the ledger and the existing transaction highly secure.

The digital ledger entries are what make blockchain technology alluring. The entries are distributed amongst a deployment infrastructure that houses additional nodes and layers. The nodes provide information about the state of a transaction at any given time. This means each node has data of the existing authenticated ledger distributed amongst them, like an infection in every cell of the body.

How Does it Actually Work?

Once this is done, the new block of transactions is placed into the leger, after which a new block is added to the chain of transactions. On the flip side, if the majority of the nodes do not agree with the addition or modification of the ledger, the transaction will be denied form the chain. The distributed agreement or disagreement between the nodes is what allows blockchain to be run on a distributed ledger. This means it can work without the need for a centralized base for authority, and, instead, can validate its own transactions. 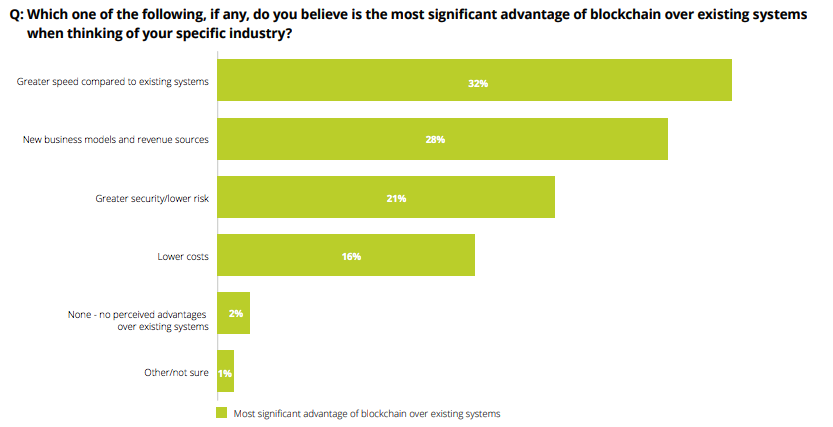 This graph above form Deloitte's 2018 blockchain survey indicates that many organizations are happy to adopt blockchain technology, as 32% of them feel it offers greater speed in comparison to their existing systems.

Blockchain can eradicate central banks and will allow people to transfer funds between one another. Blockchain technology has the ability to work 24/7, unlike banks, which will speed up transactions. It can also validate transfers quickly, which in turn will help speed up the economy.

Some may feel a bit skeptical towards traditional cryptocurrencies, but the rise of stable coins, which are aimed at reducing volatility and are backed by a reserve asset, can bring more confidence to people wondering whether they should jump into the crypto game or not.

(As you can see from the table above, the top stable coins are pretty much equivalent to USD. Image Source: Cryptoslate).

Blockchain can come in handy when it comes to monitoring supply chains. Removing paper-based trails means a business will be able to effectively pinpoint defects and inefficiencies within their supply chain and locate items and issues in realtime. Blockchain also has the capability of presenting product performance information from a quality-control perspective.

Blockchain technology can be used in retail by creating a token-based reward system for customers. Storing the tokens within a blockchain would create an incentive for the consumer to come back to a particular store or chain to shop. Not only will this revolutionize retail, but it will also eliminate fraud and paper waste.

Blockchain technology can help secure voting, as it is transparent enough to catch out any changes in the network. It combines the ease of digital voting with the unchanging nature of blockchain which, when placed together, can help make voting fair. Companies like Agora and Polys are pioneering new ways to vote, especially in those countries where falsifications are being used.

Blockchain technology can be used to trace items of food from its origin to guarantee safety. As we know, blockchain is unchangeable. It will give the food industry the ability to trace food with pure transparency and control over their items. It will help detect any contaminations along the way which can be caught before going onto supermarket shelves.

Medical record-keeping has come a long way from its paper-based days and is now electronic. Although this is great, it does put them at risk of being hacked into or attacked. Blockchain technology, in that way, offers more safety and convenience. In addition to this, it will allow patients to access their own records and have control over who can gain access to them with a private key, creating patient privacy. 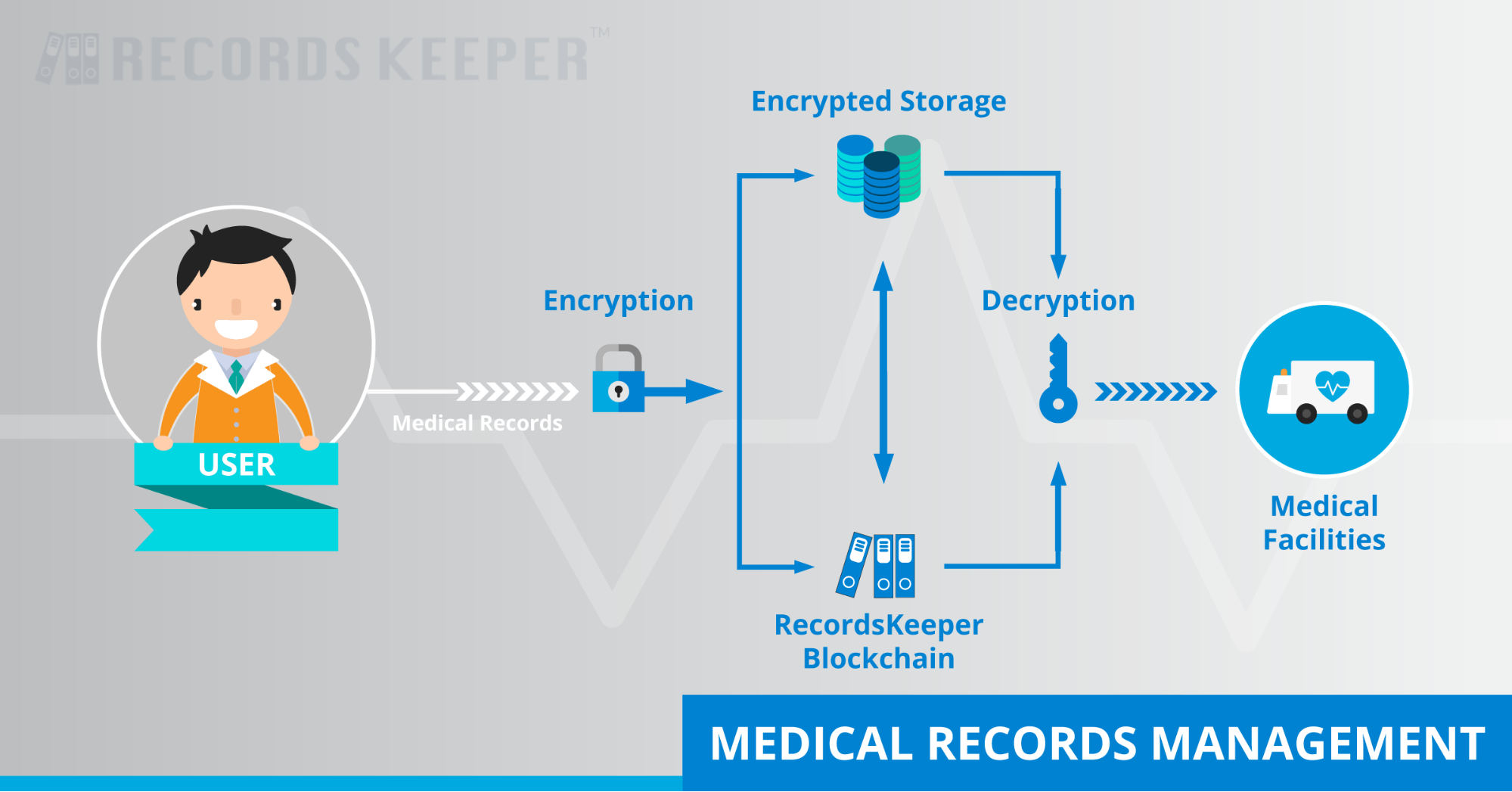 However, as wonderful as it sounds, there will be many issues when introducing blockchain. Integrating it into already existing systems with rigid structures seamlessly will be difficult. This is why, although the possibilities seem promising, they could still be a long way away.