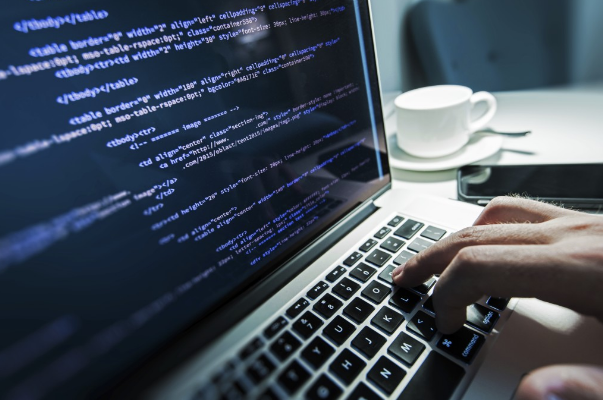 2017 is shaping up to be an interesting year for developers and promises to bring about some significant changes to the industry. From creating newer applications to adding features to the existing ones to extending applications beyond their current restrictions, coding will see a renaissance in 2017.

This year, software developers will meet with a host of demanding scenarios concerning the code they create and putting this code together into error-free presentations. Additionally, entrepreneurial pursuits will assuredly have some rather telling effects on the future of software development. As employees in this dynamic industry, developers need to make peace with these changes and keep an eye to the future.

Accepting Artificial Intelligence as a Prophecy

The word is out and artificial intelligence will do the heavy lifting in 2017. However, AI working as the new user interface won’t be a single-faceted approach. We need to understand that leveraging artificial intelligence requires two strategies— one including the codes written by developers and the other focusing on how the interface gathers data from sources— making AI smarter that before.

It must be known that codes or rather content pieces still hold most of the aces, but anonymizing the data sets is equally important. While the first step is always about gathering information from frameworks, platforms, and programming languages, subsequently it all pans down to the developers— who will then be selecting the best data sets for the job.

2017 will see most companies embracing artificial intelligence— in their quest to aggregate massive amounts of employee data— mainly for predicting moves and strategies in the long run.

Chatbots are inherently intelligent and 2017 will make most software developers work with them. The idea here would be to construct specific applications which can cater to specific user requirements. Be it checking in for flights over Facebook or working with a host of streaming services like Cinemabox, there will be a barrage of chatbot empowered applications capable of understanding natural languages and responding accordingly.

However, a holistic development would mean that these chatbots will be capable of responding in either direction, assimilating both texts and voice-based commands with equal precision. Cloud-based platforms will, therefore, be held in high regard, allowing software developers to make use of chatbots for writing a single interface for multiple platforms.

Containers are extremely useful when it comes to regression testing and staging of specific applications. As the rule of thumb, the number of containers can even go up to 10 times as compared to the actual production environment. While the benefits of using the same include better agility, scheduling, resource allocation, and orchestration, developers will have their hands full as there will be a lot more to work with.

With the growing popularity of containers, cloud-based options are getting some much-needed attention. The reason being the agility perks that cloud-centric container-as-a-service brings, such as reducing physical relocations.

Lately, there has been a shift towards line-of-business platforms with competitors breathing down each other’s neck. In 2017, it will be easier for other developers to devise plans for disrupting an existing business. This calls for an increase in the number of overall application releases where developers need to work harder towards creating the desired set of codes.

If reports are to be believed, the total number of application releases might just double within a span of few months. While this offers a wide-array of options to the customers, iterative developments are bound to amplify. 2017 might just be a tough, but rewarding, year for the DevOps going forward. Double the number of application releases hints at quicker testing and faster app deployment.

Testing Environments Shifting to the Cloud

Software development might not ease up in 2017, but it will certainly be more compact as compared to 2016. One such approach popularizes cloud as the perfect medium for testing and development. This is one strategy which comes with two huge benefits for the CIOs and developers alike.

Firstly, this cloud-centric shift allows developers to spin resources pretty quickly. Be it the journey from integration tools to select APIs, the entire infrastructure will then reside over the cloud, making it easier to work with. However, certain companies need to abide by the on-premise development standard and in that case, the cloud-centric developer testing environment has to comply with the physical standards.

Secondly, for the CIOs, cloud-based setups reduce infrastructural costs in the long run. Declining IT budgets are the new fads, and this shift to the cloud is in sync with the same.

Citizen Developers to Exceed the Traditional Ones

The resurgence of citizen developers has allowed experimentation in the coding realm courtesy of the influx of friendly interfaces and the multitude of drag-and-drop options. However, the efficacy and reliability of these projects need to be assessed before they can be shifted to the production.

If one can trust recent surveys, almost 60 percent of IT structures are expected to shift the system management to cloud-based severs by 2020. 2017 will be the foundation year for this process, as higher levels of technical change will lead to improvements in the codes and even quality of applications.

Once IT firms start shifting towards the cloud, aspects like log analytics and performance management are expected to improve. This way, infrastructural costs will reduce with the inclusion of machine learning and even pattern recognition.

Line-of-business software developers might find it difficult to survive in 2017 courtesy of the cut-throat competition and myriad complexities. However, on-site shifts right onto the cloud can be of great help while dealing with data silos of varied genres.

Top 8 Technology Trends for 2020 and Beyond

5 Trends Shaping the Future of ITOM

Bringing RPA to Its Next Frontier: The Cloud