The strategies linked with marketing and promotion are always crucial. Reason being, they are not just dependent on you but are very much influenced by the market and your buyers. Building a mobile application is one such decision that in today’s time a company has to take. 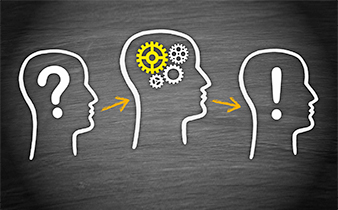 Once you get to the conclusion of blending the firm with mobile application development, you have a series of doubts in your mind, regardless of the fact that you’re a tech junkie or not.

Any mobile app development process brings with it numerous other key holdings that will in future decide the growth of your enterprise.

Let us have a look at some of said crucial things you should know, or rather answers to questions that you need to have before you get the mobile application development onboard:

1. Why Do You Want to Build a Mobile Application?

Always remember that you must never build a mobile application just for the sake of building it or because other people in the industry are doing it. If you are doing so, you are simply following the herd of corporates without even knowing about it.

Building an application is just an outer view, beneath it, it carries numerous other reasons and strategies that can be attained with it. I should say, this is just the thread of your bow, which you are pulling to give sufficient pressure to the arrow, and eventually hit the target you have decided.

2. How Can You Protect the Idea of Your Application?

People often say, having an idea isn’t enough, but I say, an idea is a seed without which the tree won’t grow and eventually you won’t have the fruits. So, you need to be cautious while sharing your app idea.

I don’t mean to say that you obstruct yourself from meaningful conversations that may help you modify or build the mobile application.

I just want to talk about the Non-Disclosure agreement. NDA is signed to fulfill the same intention. Now, what can be done till you don’t sign the NDA?

This includes the probable platforms, comparison with the applications which are similar, budget, timeline, and a general view of your application.

3. What Is the Platform You Want for Your Mobile Application?

It has been noticed that most of the startups prefer having an android application first. The reason is pretty clear, the Google play store has more applications under its hood when compared with iOS (let us not take Blackberry in this league). Also, it is easy to add those features in an Android app which are not supported by iOS.

However, compared to Android iOS mobile applications are easy to build and even low at cost. Not only this they are considered to be more consumer-oriented, as at your early stage you can match the key demographics for better results.

So now that you know these things, you may according to plan the platform you need for your mobile application.

4. What Us So Special About Your Application?

This is something you must answer with utmost sincerity, as it’ll decide the future of your mobile application. Accept the fact that the app stores are flooded with ‘n’ number of applications.

The answer to yourself with utmost loyalty. What is your target audience? What separates your mobile application from the rest in the market? Isn’t there anything like this in app world? What are the factors that differentiate your application?

You’ll find yourself standing at a much-matured place after answering these questions. Always remember, the people will only use your application if you provide them, different/better user experience, features, looks, or anything of the kind.

5. How Much Will the Application Cost You?

However, roughly we can say that a good application can be expected to stand somewhere in the six-figure cost. In case you wish to lessen the budget, you may go with an offshore application developer.

There will be times when you might find a developer, who’ll create an application for you at the budget you are offering; but being frank, you’ll get what you paid for. You need to keep in mind that it isn’t just the cost of building an application to be invested.

This might be just the beginning, as you also have to market your application to make it reach its target audience. Hence, before you decide to get the application built, make sure you have an idea about its entire cost.

With this, you also need to be sure that you have the same amount with you (a little extra won’t harm in any way).

6. How You'll Raise the Funds for Your Application?

This is another important aspect. Considering the price of building an application, let us assume (which often happens and is reasonable) you need an investor. Do you have the plan to pitch? Remember it is the way you pitch that can help you turn the tables.

To pitch better there are couple of things you need to amalgamate in self; first is the confidence in your idea and self (no overconfidence) while the second is a descriptive sneak into the entire concept, from production, to launch and further how you’ll monetize (try keeping in mind that only 1% applications are able to make sufficient money, while the remaining 99% fail to satisfy their creators).

7. How Often Should You Update Your Mobile Application?

Once you release your app, the task isn’t over. I would rather call it as the beginning. Soon after releasing a mobile application you should be prepared to release future updates and bug fixes to keep it in the market. The number of updates basically depends on the user feedback you receive.

However, on an outer scale, you may expect to do release approximately 1-4 updates every month.

Published at DZone with permission of Stella Robinson. See the original article here.