Nowadays, the mobile app market is extremely competitive, and even experienced developers with sufficient investments have to put in a lot of effort to attract users' attention. But that's not all. There is a less obvious task, but even more important – to hold the audience.

The thing is that even apps that are useful to people and have good potential may be not successful in the market. The reason is often a poorly designed UX that is inconvenient for the user. So, any imperfections and shortcomings of interfaces can become an obstacle that will prevent the app from quickly gaining users.

The good news is that most of the mistakes are pretty typical. And, by knowing the essence of the most common ones, you can avoid most of the problems.

Just as you can’t build a house without blueprints, so you cannot create a good UX design without sketches and prototypes. Sometimes, trying to take into account the client’s basic requirements – for instance, the app's appearance – the designer has to re-do everything eventually.

You might have to repeatedly redraw the interface elements and rewrite code because you you didn'tinitially take the logic of the app into account, or user behavior scripts and navigation.

The prototype should help visualize the user's route within the app, as well as the interaction scheme.

Murphy's Law for mobile apps can be rephrased into something like: "Everything that users can misunderstand, they will misunderstand."

In practice, it is difficult for an average person to understand even something that seems obvious to the designer. To avoid this, it is advisable to use familiar and well known symbols in the interface – symbols have unambiguous associations and won't be confused for anything else.

For example, green is usually associated with "yes," "forward" or "allowed"; red, as a rule, means "no," "stop" or "prohibited"; the "+" icon usually means add something.

Try to avoid symbols that are not immediately understandable, or can be interpreted as meaning two different things.

Another common mistake is the use of several different fonts and color schemes in one style. There is no need to re-invent the wheel. It's easier to get used to one style, and then understand the purpose of the remaining elements in other places of the app.

4. Bad or No Onboarding

Mobile app onboarding is a thought-out sequence of screens, which should be shown to the user when they use the app for the first time, and with relevant hints on the interface.

The first acquaintance with the app is the most important. During this time a person gaines a certain impression of the app and decides whether or not to use it in the future. "Where?", “How?" and most importantly, "Why?"are questions that should not arise.

Many mobile app developers neglect this step and leave the user all alone as soon as they install the app on the device. It is very important to make everything clear from the very beginning - take the user by the hand and show them all the properties of the app, step-by-step.

Excessive use of notifications is like a very annoying friend who cannot get the message that you are too busy to meet up with him right now.

Even if the user's perception of the notifications is positive, there may well be a malfunction when there is no synchronization with the user's device. No one wants to read the same notices over and over again. Just as in the creation of software, an element of good style is not to repeat yourself. 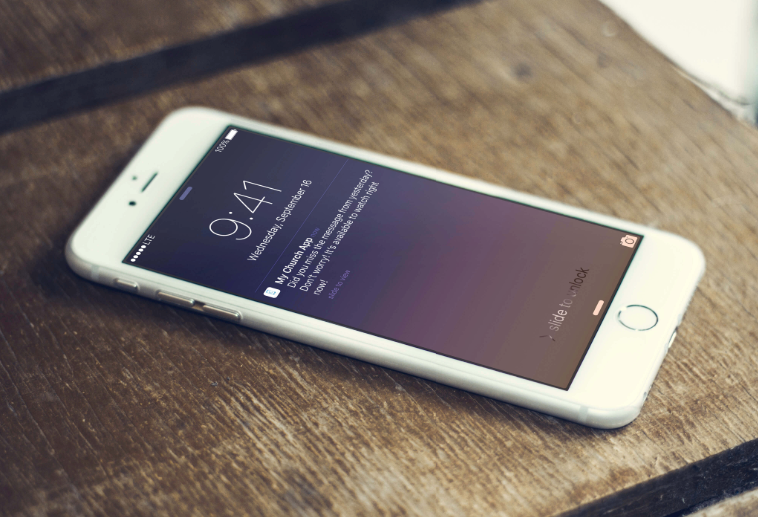 Even worse are meaningless advertisements and other unwanted mail. It is very seldom that the user is really interested in knowing that they can buy three new characters in your game.

6. When There Is Too Much Design

Adding a unique style or some creativity never hurts. But often designers get too addicted. Color schemes, shadows, or the presence of different styles can turn an icon or button into something surreal (or simply terrible). As one clever person once said: "A good design is visible right away, an excellent design is invisible."

When creating graphics, designers often forget about their mission: to help convey information without distracting or confusing the user. If you want to create a user-friendly interface be simpler.

Strange as it may seem, the most common mistake is when the designer thinks that everything is simple and clear, and the user is lost and disappointed.

Lack of content is bad. However, there are worse things – for example, when there is too much content and too many files, and there is no possibility to search the database. Without a built-in search, in such conditions, the user is simply defenseless and gets easily lost.

However, not all search bars are the same. Sometimes a page filled with poor-quality search results, without any filters, is almost as bad as no search at all.

A good built-in search option can simplify the user’s life and even smooth out the impression of some flaws in the general UX.

When working on any design, it is important to identify the most important elements for users and secondary ones that require less attention. Unfortunately, many designers don’t understand this concept. As a result, you have to deal with information disorder, where each component looks the same.

Visual hierarchy is a very effective concept, which allows you to make the main details more noticeable, so that the secondary elements aren't distracting. You have to decide which objects the user will interact with most often, and highlight them against the background of others. Such an interface is much more convenient for the user.

Have an Error Analysis Session

Everyone makes mistakes. It does not matter whether you are a major publisher or an independent developer. Regardless of the scale of the company's activities, the basic rule remains the same: the more testing and analytical work you do, the better the result is.

If you want to make a good interface, you simply have to conduct a comparative analysis of your UX design relying on advanced experience and user behavior data, so you will be able to find and fix the existing shortcomings.

And remember, if a developer doesn’t want to devote enough time to UX, the users, in turn, will also not want to waste their time on the app. As a rule, the creation of really good interfaces is preceded by painstaking and continuous work. But, it is always rewarded in the end.