Steve Jobs said in 2007, “What we want to do is make a leapfrog product that is way smarter than any mobile device has ever been, and super easy to use. This is what iPhone is. OK! So we are going to reinvent the phone.”

No one ever realized, not even Steve Jobs, that while trying to reinvent the phone, they have created a unique device that could be anything and everything. Taking his legacy ahead, a decade after the first iPhone launch, Tim Cook unveiled iPhone 8 and iPhone 8 Plus. However, echoing the famous Steve Jobs line, “We do have one more thing,” he introduced iPhone X (pronouncing it as “10”).

iPhone X – The Biggest Leap Forward Since the Original Phone 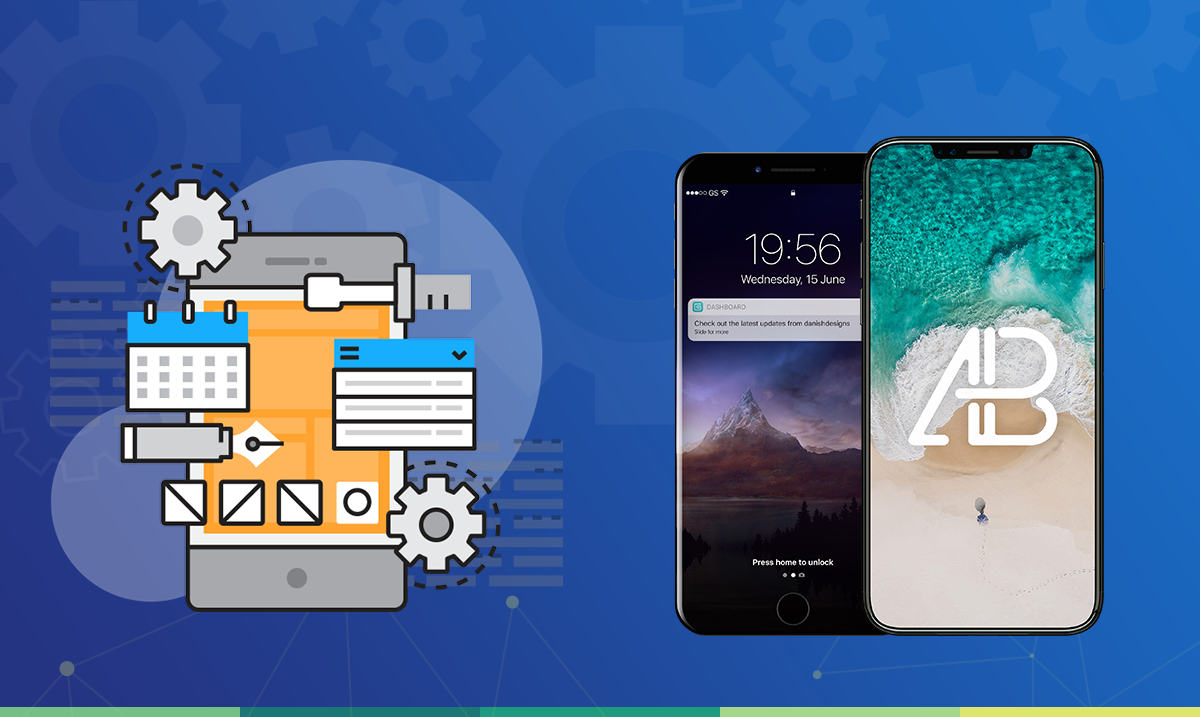 Tim called the iPhone X “the biggest leap forward since the original phone with the potential of setting a path of technology for the next decade.”

Cramming a 5.8-inch screen inside the body of an iPhone that is small compared to last year’s iPhone 7 Plus, the new iPhone X features a new chip, A11 Bionic, exclusively designed by Apple. Made of stainless steel with water and dust resistant glass on the front and back, wireless charging, an edge-to-edge screen with improved super retina display, and enhanced graphics and resolution make this phone best in class. And yes! The iconic home button that was present at the bottom of the screen since first iPhone was introduced has disappeared. The home button is replaced with the new facial recognition technology called Face ID, which unlocks the phone using sensors and cameras collectively called “True Depth” technology by Apple.

Not Just X: Two Successors, iPhone 8 & iPhone 8 Plus, Will Continue the Legacy

A decade went by since Apple launched its first iPhone. After ten years, so much has changed in the iPhone – it became, thinner, bigger, smarter, and faster. Although it takes a better picture, it remains fundamentally the same; the new iPhone 8 and iPhone 8 Plus are still exquisitely designed and intuitive.

While launching the iPhone 8, you will notice Apple moving away from its usual strategy of adding "S" to the names of updated models; Apple introduced iPhone 8 and iPhone 8 "Plus." According to Tim Cook, “this is a huge step forward for iPhone.”

Except for a few camera-related features, there is not much difference between iPhone 8 and 8 Plus. Introduced with 1.8 and 2.8 aperture camera lenses, it will become easier to capture sharper details, with a 4.7-inch 5.5 Retina HDR display with True Tone tech and dual-domain pixels for better viewing in any environment and at any angle. A faster image processor, improved pixel processor, new stereo speakers that are 25% louder than iPhone 7 to boast deeper bass, custom calibrated with A11 Bionic Chip to support augmented reality, wireless charging, and iOS 11 make this iPhone hard to neglect.

How the New iPhone Changes the Game for iPhone Developers

If you have an iOS app, it is the right time to update it and add several features to make it compatible with the new iPhones. If you update your app now, it definitely will help you in elevating your position in the Apple App Store.