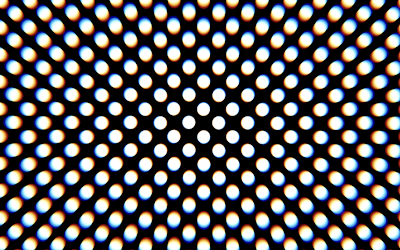 Transverse or lateral chromatic aberration is an optical artifact caused by different wavelengths of light focussing at different positions on a camera's focal plane. It appears as blue and purple fringing which increases towards the edge of an image. In addition to the Wikipedia entry on chromatic aberration, there's a great article here at Photography Life which discusses the phenomenon in great detail.

Although the bane of many photographers, I've created a Core Image filter to simulate the effect which can be used to add a low-fi, grungy look to images. The basic mechanics of the filter are pretty simple: it essentially consists of three zoom filters each with slightly different offsets for red, green, and blue. The technique borrows from Session 515: Developing Core Image Filters for iOS talk at WWDC 2014.

Let's look at the general kernel I've written for the filter and then step through it line by line:

The number of samples controls the quality of the effect and the performance of the filter. With a large maximum blur of 20 but only 3 samples, the effects looks like: 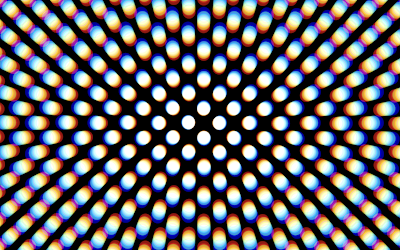 But with the same blur amount and 40 samples, the effect is a lot smoother: 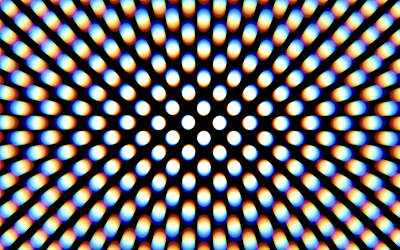 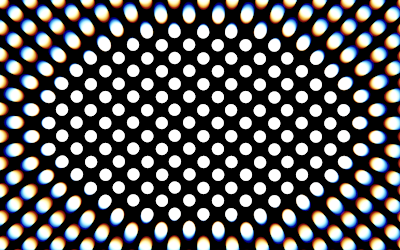 There's a full CIFilter implementation of this filter under the Filterpedia repository. However, if you'd like to learn more about writing custom Core Image kernels with Core Image Kernel Language, may I recommend my book, Core Image for Swift. It is available from both Apple's iBooks Store or, as a PDF, from Gumroad. IMHO, the iBooks version is better, especially as it contains video assets which the PDF version doesn't.

Core Image for Swift from Gumroad