looking at the latest google and apple conventions, it is clear to all: if in the past years the main buzzwords in the information technology field were iot and big data, the catch-all word of this year is without a doubt machine learning. what does this word mean exactly? are we talking about artificial intelligence? is somebody trying to build a skynet to ruin the world? will machines steal my job in the future? “know your enemy,” they say. so let’s try to understand what machine learning really means. 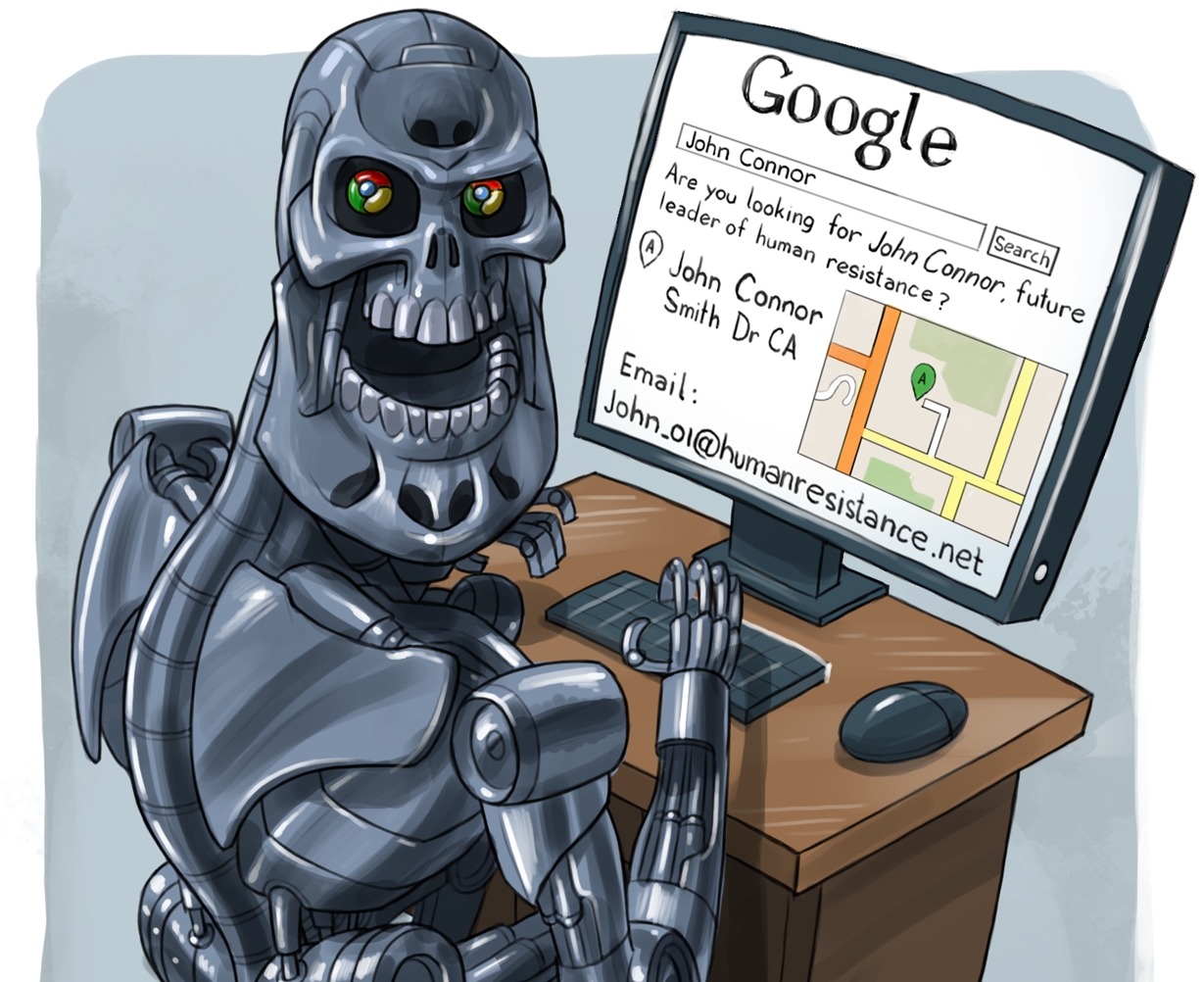 the task we are going to accomplish is not simple. so, let’s start from the beginning: what does machine learning refer to?

machine learning is a discipline of artificial intelligence that is responsible for studying and developing algorithms that allow machines to learn information. in detail, the learning process is done using an inductive approach that tries to extract rules and behavioral patterns from huge amounts of data.

the types of information used by the algorithms (learners) to learn to identify the following categorization of machine learning algorithms are:

let's look at some examples. we have some food, i.e. pasta, oranges, apples, and chocolate. using a supervised approach, we give to the learner the whole set of foods, specifying which of these is a fruit and which is not. using this information, the learner tries to understand what features fruits have. given a new food, the algorithm will try to guess if it is a fruit or not.

using an unsupervised approach, we do not know the type of each food. our task is to group each piece with something that seems to be similar. the learner will try to build these groups (or clusters) looking at the information it has.

given the above definitions, we can now move on. in this post, i will focus on supervised learning.

we said that in this kind of learning we need a set of couples of inputs and outputs that we called supervisions . someone has to give us this information; otherwise, it is not possible to learn anything using this approach. we can call this “someone” the oracle.

then, the learning process can be viewed as the choice of a \(h \in \mathcal{h}\) such that the differences between \(y = h(x)\) and the labels chosen by the supervisor \(\mathcal{s}\) are minimized. in other words, we want to minimize cases in which \(y \neq \hat{y}\) .

just to be a little bit formal, supervisions \(x\) belong to an unknown probability distribution \(\mathcal{d}(x)\) . also, labels \(\hat{y}\) given by the supervisor belong to a conditional probability distribution \(\mathcal{d}(\hat{y} \mid x)\) . if you did not understand these last sentences, it does not matter: there is a world full of white unicorns out of there. 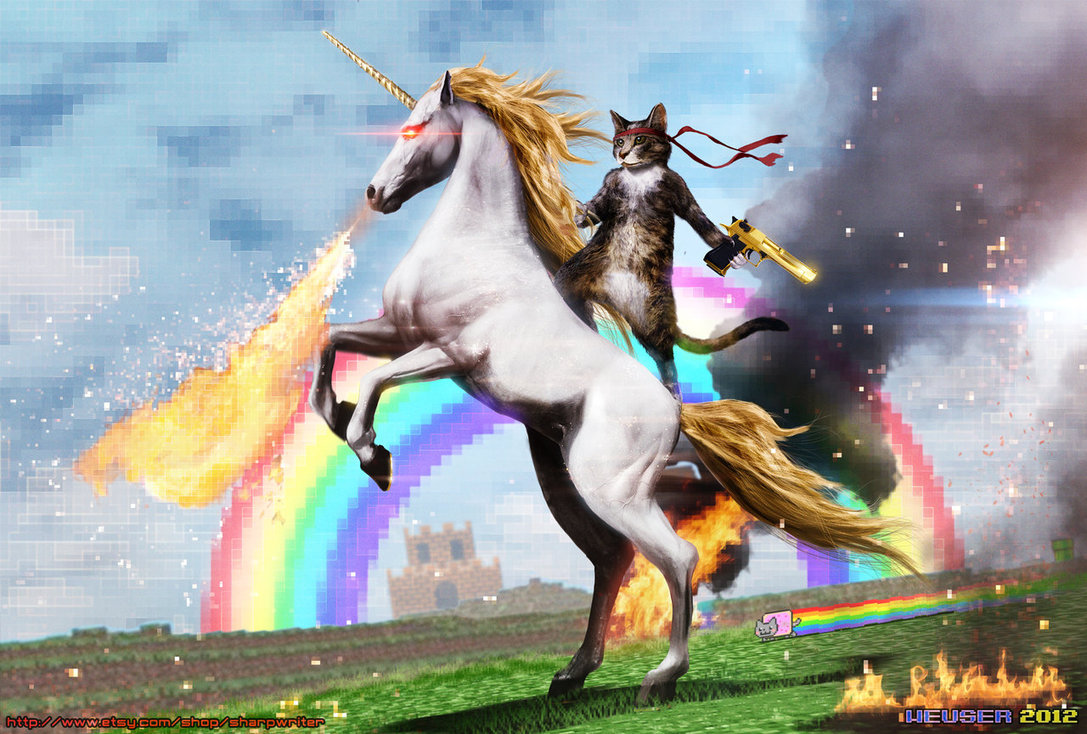 a computer is simply a machine that is able to do some arithmetical operation over a representation of numbers, isn’t it? then, we need to transform the examples \(x \in x\) in something that a computer is able to understand. this phase is called features selection.

the number of features that characterize example \(x\) is clearly infinite. think to an apple: it has a color, a volume, a radius, a quality, an age…but also a number of molecules, atoms, and so on. then, the first operation we need to do on \(x\) is to choose some of these features, mapping them into a new space \(\mathcal{x}\) , called the features space.

let’s call \(\phi : x \to \mathcal{x}\) the function that maps examples from the input space to the features space.

as an example, suppose we want to associate a set of emails the relative author. this task is called authorship attribution. the first step we need to do is to map each email \(x\) in the relative vector \(\mathbf{x}\) in some features space. obviously, the selection process of the features space is one of the core processes of machine learning: representing the examples with the wrong set of features could mean to fail the entire learning process.

for our example, some possible features can be the following:

vector similarity and the concept of distance

we have just defined a good way to understand how vectors are related to each other inside the features space. eureka! let’s try to make a step beyond and to close the first circle of this introduction to machine learning.

it’s all about hyperplanes

using the framework we just built, we can imagine our examples as vectors inside an n -dimensional features space \(\mathbb{r}^d\) . if every vector is associated with a label for each class \(\hat{y}\) , the classification problem is equal to find an hyperplane that divides into different groups the vectors.

ok, wait. i think i lost many of you in this last step. let’s take a step back. 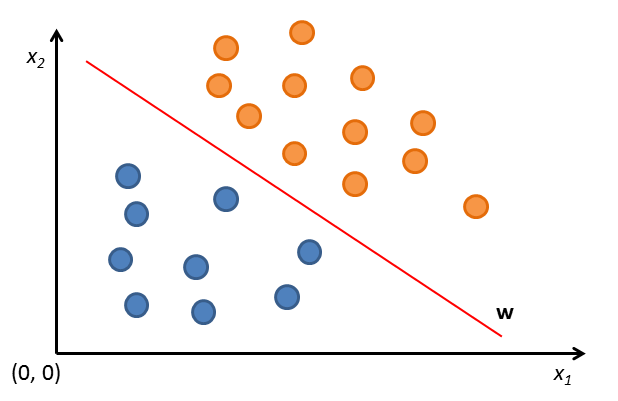 in the above image, a set of supervisions is represented in a two-dimensional features space, a.k.a. \(\mathbb{r}^2\) . each vector \(\mathbf{x}_i\) is colored either blue or orange. the colors represent the classes.

for this problem, the hypothesis space is the set of all hyperplanes in \(\mathbb{r}\) . the learning process tries to discover the hyperplane \(h\) that divides supervisions of their classes.

as we saw, the selection process of the features space is a core process. if we choose a features space in which the supervisions are not separable, the learning process will become harder and an optimal solution cannot exist.

in the next part of this series of posts, we are going to explore some other interesting features of machine learning, i.e. training, validation and testing processes, generalization, overfitting, and many others.