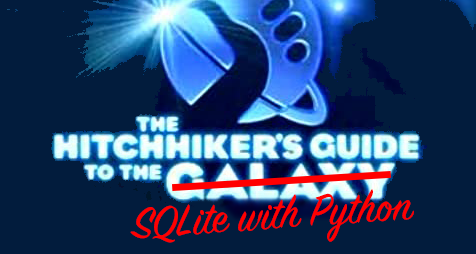 Introduction to SQLite and Embedded Databases

SQLite is a small, self-contained, client/embedded database written in the C Programming language and can be summarized using the following points:

In this article, we are going to see many of these features in action. Features such as data replication, network access, etc., are intentionally absent from SQLite since it was built for a much more lightweight use case. SQLite databases are very useful in constrained environments such as mobile devices, lightweight desktop apps, IoT devices, and games.

Setting Up SQLite with Python

Let's get our learning environment up and running by installing:

Sqlite3 comes packaged with Python by default and there is no need to install any additional libraries. Let's go ahead and import Sqlite3 and then create our database:

That's it. The database is now created and we can create tables and insert data now. Isn't this a breeze when compared to setting up a full-blown RDBMS?

Where Are SQLite Databases Stored?

Once you run the above application, a sqlite.db file is automatically created at the project root level. As we will see later, this file will be re-used whenever the application is started. We can customize the location of this file by just connecting to the database with its path.

This will create the sqlite.db file inside the data folder. Keep in mind that the directory data needs to be created beforehand. The file extension .db is also optional—SQLite will just create a binary file with the name we provide it with.

Configuring and Managing an SQLite Database

As we just saw, there is no configuration required to get our database set up. Since it is an application library, there is no server and the database comes up and goes down with the connection initiated by the application running behind it.

Connecting to an SQLite Database from the Command Line

SQLite (version 3) comes pre-installed on Mac OS operating systems. For other platforms, we can download the CLI and other tools from the SQLite website itself. The command line can be invoked by typing the command sqlite3.

Notice that I have connected directly to the database that I used from the Python script. We can do so by using sqlite3 /path/to/file.

And then insert some rows into the table.

We can see the records by doing a simple select * statement.

There are a ton of helper functions that SQLite provides to learn more about tables and the schema. Below are some of the functions.

Now, let's connect to this database using our Python script and try to read these tables.

The above code will print.

Let's consider a real-world use case—games. Games in mobile applications make heavy use of SQLite for storing their game status and then sync to a backend server periodically/based on a user trigger. In this example, we will see a Tic-Tac-Toe game developed in Python that uses SQLite to store game data and player information. We can then query this database offline to retrieve game-related information.

Before we attempt to write the game, let's create our database ER diagram that is going to represent our tables.

We could further normalize this by introducing a game status entity, but we are looking for a simple model to understand SQLite rather than a perfect design. Based on this spec, tables can be created accordingly:

The database is now set up, so let's code our game!

Coding the Tic-Tac-Toe Game in Python

Before starting to write everything out in Python, let's first determine our game's logic.  For this simple example, I would recommend something like this:

We are going to a simple two-dimensional array to hold the game board. Instead of walking through every element of the code, I am going to paste the whole code below and give a high-level walkthrough since the code is pretty self-explanatory.

The game is nothing fancy. As you can see, the game method is where the core logic begins.

Go ahead and try it out. Below is a sample game output on the console.

You can put the above code in a separate game.py file for clarity. Now to the next part, integrating this game with our database.

Now, we have to make the user entries whenever the users have been created and make game entries when the game is won or a draw. Before we create our queries, let's make the actual Data Access layer methods (i.e. creating a player entry and a game entry).

Now, we can use these simple methods from our game:

We can do a similar code for storing game status during draw as well. Now we can play the game and the data should be recorded in our tables.

Importing and Exporting Data from SQLite

Having now played a few test games, it's now time to examine the data. Arctype makes querying, analyzing, and visualizing data better than ever, so before we continue, we need to learn about importing and exporting data from SQLite.  Data can be exported/imported either at the table or database level. The table level is typically used to export to other databases/applications and the database level is typically used for backup.

Apart from programmatic integration, once can easily export data from an SQLite database using data export facility. The most commonly used db agnostic standard is a CSV format. Let's export our game table.

This is very similar to other database systems.

Import is quite easy, first, we need to create a .sql file with the below content.

And then from the command line,

Database backup is actually pretty easy, just copy the SQLite file to back up system. But this method is usually difficult since users/application might be running simultaneously and the data is stored in a binary format. To do a point-in-time snapshot/human-readable snapshot when the database is running/being used then we can dump the database content to a file format of our choice.

Depending on what data is there, the above SQL file content might change but the backup/format is just plain SQL.

If we are not bothered about human readability then we can just dump it in a native format like below.

Import for binary files are quite similar -

Our SQLite data is now ready to be loaded into Arctype.  This can be achieved in one of two ways—by creating and populating new tables using the SQLite-generated database file or by importing CSV data into existing tables.  First, let's create a new SQLite database by adding a new connection: 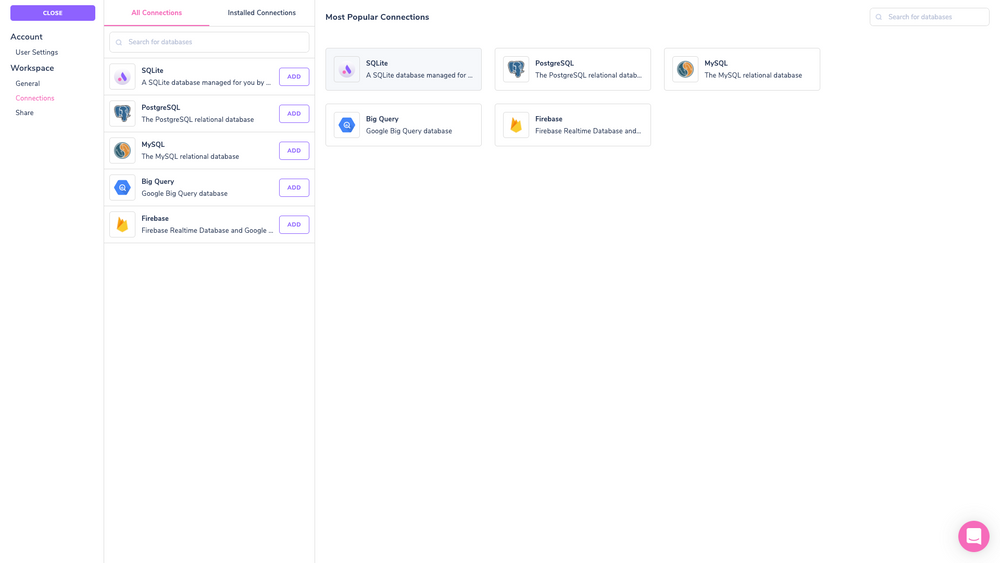 Next, you can choose a name for your new database.  For this example, tictactoe seems fitting enough:

Now, it's time to import our data.

We can create and populate tables in our new SQLite database using the SQL table dump from above.  Simply copy and paste the contents of the dump.sql file into a query, remove the manual BEGIN TRANSACTION; and COMMIT; lines (Arctype automatically wraps all of your statements in transactions) and click 'Run':

And that's it!  Your tables should be successfully created and filled with data. This method is fairly simple, but is only recommended for your initial data import—deleting and re-creating tables with increasingly large datasets is unsustainable, so ultimately, you'll want to simply import new data into your existing tables.

Let's say we have already created our game and player tables, rather than dropping them and creating new tables using the SQL from our dump.sql file, we can instead simply import the table data from our CSV files.  As you remember from above, we exported our tables into game.csv and player.csv respectively.  First, select the table into which you want to import CSV data, and then click the "Import CSV" button:

Then, simply review the data preview and click 'Accept' if everything looks correct:

Now that all of our data has been imported into Arctype, you can view it by simply selecting the table of your choosing.  Here is our game table:

Quite similarly, this is what our player table looks like:

Now for the fun part, let's select players who have won the most games.  Simply open a new tab and select "query":

As you can see, in terms of its querying capabilities, SQLite is as powerful as any SQL database. We can run more queries like:

What Are The Trade-Offs of Using SQLite?

SQLite is often misunderstood and not properly utilized. Yes, it comes under the category of client/embedded database but is essentially trying to solve a very different problem. So, comparing SQLite with MySQL/PostgreSQL/Other RDBMS is definitely not the right way. In most environments, SQLite actually works in tandem with such client-server databases as we just saw in the examples above.

In some situations, SQLite can be used without any second thoughts, while in others, a more careful analysis of the project requirements may be necessary. The SQLite webpage on when to use SQLite is pretty comprehensive. Below are some of the key highlights from that page:

The key thing with any software is to use the right tool for the right use case. At the end of the day, that's what Software craftsmanship/Software Engineering is all about.

Let's pause and observe how widely SQLite is used.

SQLite is literally everywhere. It is very widely used and extremely well tested and almost a drop-in replacement for fopen in Linux. Learning it and befriending SQLite has a lot of advantages and it is a must-have tool for every programmer. Hopefully, this article along with its examples gave a good introduction to SQLite. So go ahead and play with it and before jumping to the conclusion of using a client-server RDBMS, give SQLite a try and you will be surprised at how it simplifies the tech stack and operations around it.