I am, as a Tickler client application, running in distributed microservice environment and I need an expiring distributed data structure in which all of the items in this structure may have different time-to-live values.

These JSON-based expiring items can be called reminders (tickles), which are composed of a callback URL of the client or callback Kafka topic which is consumed by the client, JSON payload for the callback, and a TTL value in seconds.

The main components of a Tickler client and Tickler main application nodes are stated on the image below: 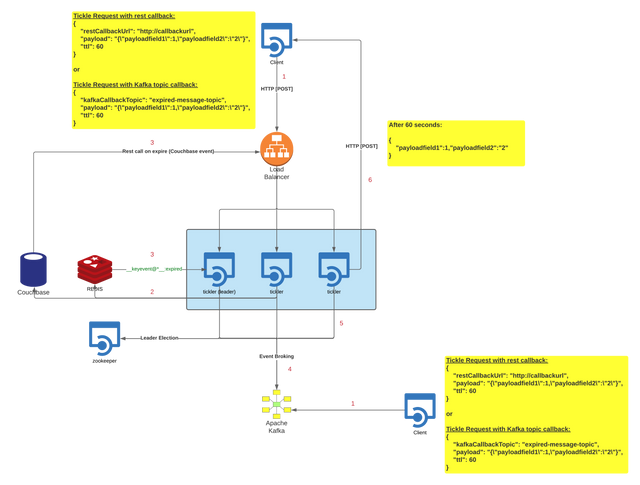 The basic flow of the diagram:

If you want to contribute, please do not hesitate.