FitNesse is a wiki-based automated test framework created for software testing purposes. It supports an agile style of black-box testing, unit, integration, acceptance, and regression testing. FitNesse enables customers, testers, and programmers to learn what their software should do, and to automatically compare that to what it actually does. It compares customers' expectations to actual results. It encourages users to collaboratively define executable specifications for their software.

FitNesse is focused entirely on easily creating tests, allowing testers and developers to focus on creating high-quality tests rather than getting lost in the mechanics of executing a test. Given the way FitNesse works, creating tests easily involves three factors:

2. Easily translating tables into calls to the system under test.

Why Should We Write Tests?

Who Should Write These Tests?

Non-developers are responsible for defining specifications, each of which involves test data and expected results. In this way they are engaged early and often in development process. This is much more accurate way of capturing functional requirements than prose.

Developers are responsible for translating customer-defined specifications into FitNesse code fixtures. In this way they are deeply engaged in the requirements gathering process and encouraged to build the right code in addition to building the code right. 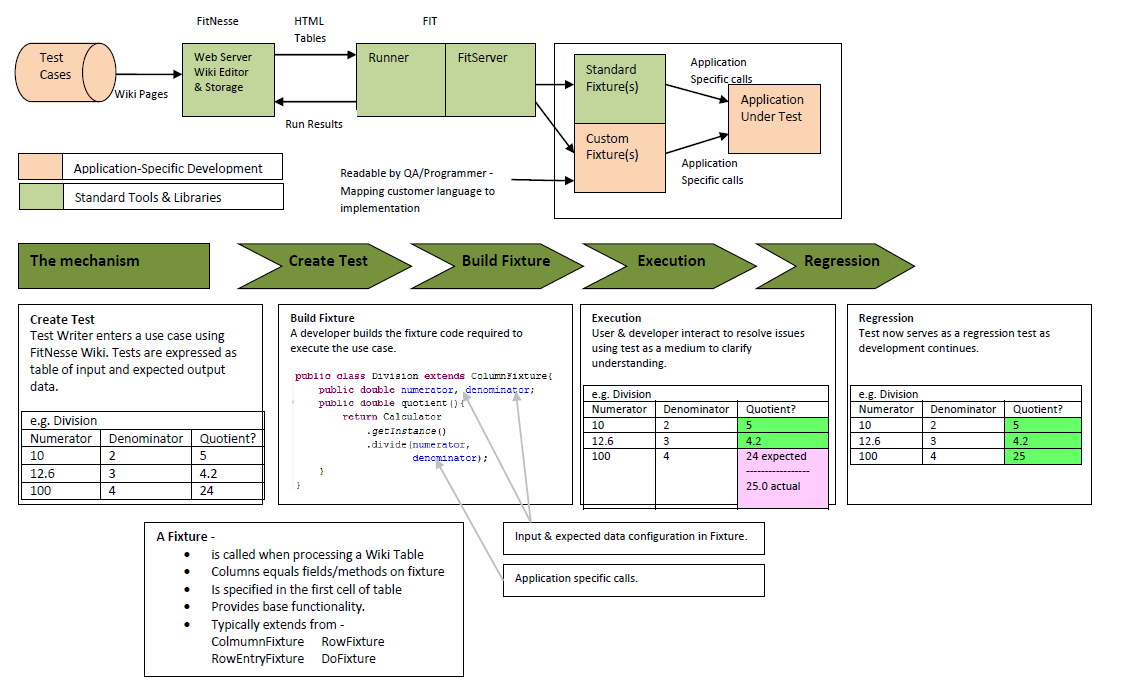 FitNesse to Perform UAT: Part I