Each year, the Game Developers Conference (GDC) brings with it a host of important announcements and demonstrations and GDC 2019 did not disappoint. This week was packed with news, including Google's Stadia gaming service, partnerships between the console makers, and a demonstration of the basic features of Microsoft's Project xCloud. In this article, we will recap the top news of the week. The following articles covered the day-by-day announcements throughout the week:

Top 3 Stories of the Week

Although there were dozens of important announcements during the week, three stood apart from the rest: Google's announcement of Stadia, Nintendo's partnership with Microsoft, and Microsoft's demonstration of its Project xCloud Software Development Kit (SDK).

Google was the undisputed winner of GDC 2019, stealing the show with the announcement of its game streaming service: Stadia. Building off the success of Project Stream in late 2018, Google has created a new game streaming service that is designed to bring the three fundamental elements of gaming together:

Stadia utilizes the amazing cloud infrastructure of the Google Data Center network to allow developers to create and run games in the cloud and stream the game to player's TV, tablet, phone, desktop, or laptop. This topology is advantageous for multiplayer games, especially the ever-popular Massive Multiplayer Online (MMOs), allowing developers to theoretically have thousands, or even tens of thousands, of concurrent players (image from Stadia keynote). 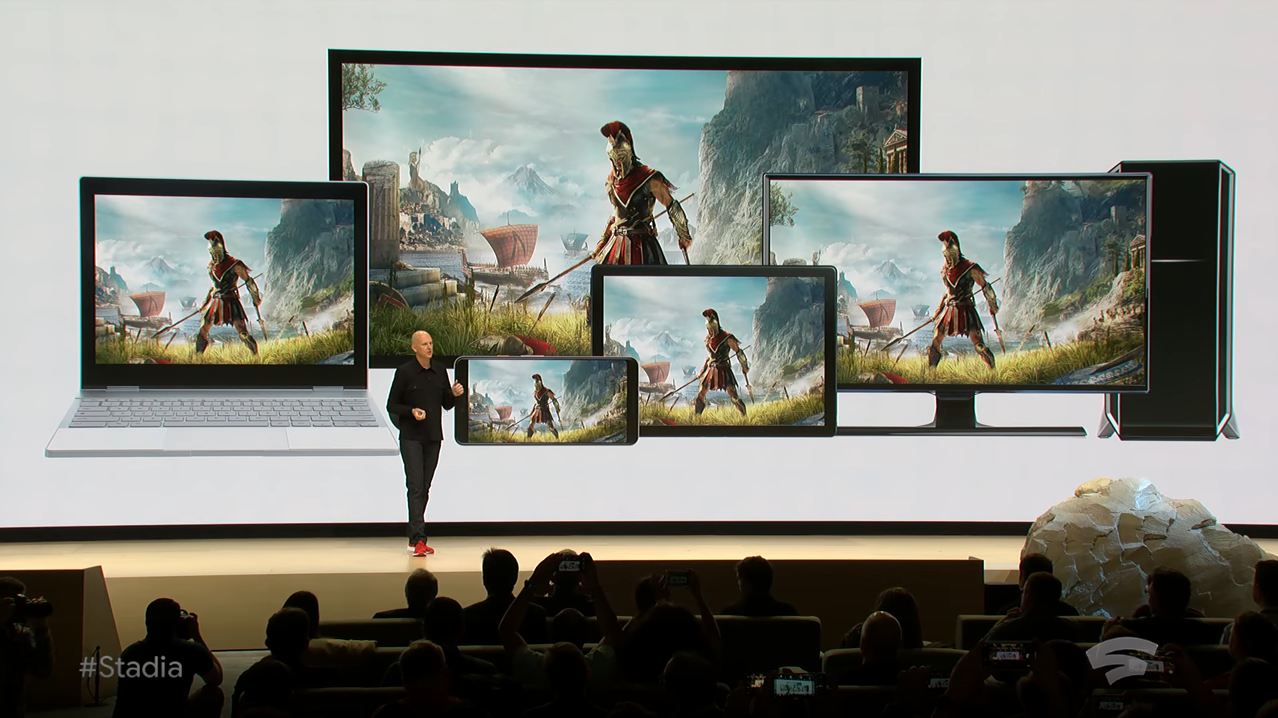 In addition to making disruptive changes to the standard console-style of gaming, Google is also looking to close the gap between spectators of live streams and content creators streaming their gameplay footage. Using features, such as Crowd Play and State Share, Stadia allows viewers of a live stream to join the streamer playing a game or play a game from the same point (and with the same save-state) as the streamer, respectively.

While Stadia does look promising, there are some crucial details that Google has yet to elaborate, including:

Despite Google's impressive show of Stadia's technology, more information about the service is needed before the actual viability of the game streaming service can be determined. For more information, see the following:

While rumors had been swirling around about a partnership between Nintendo and Microsoft—including speculation that Xbox Live and Xbox Game Pass may be coming to Nintendo Switch—it is all but official that the two companies have allied with one another. On Wednesday, Studio MDHR announced that Cuphead—previously an Xbox and PC exclusive title—would be coming to Nintendo Switch. Outside of the gaming community, this may appear to be a benign addition to the Switch library, but, in reality, the announcement by the Microsoft affiliated studio means that Microsoft is looking to build a closer relationship with Nintendo, beginning with the sharing of its exclusive titles (image from the official Cuphead Nintendo Switch Announcement Trailer). 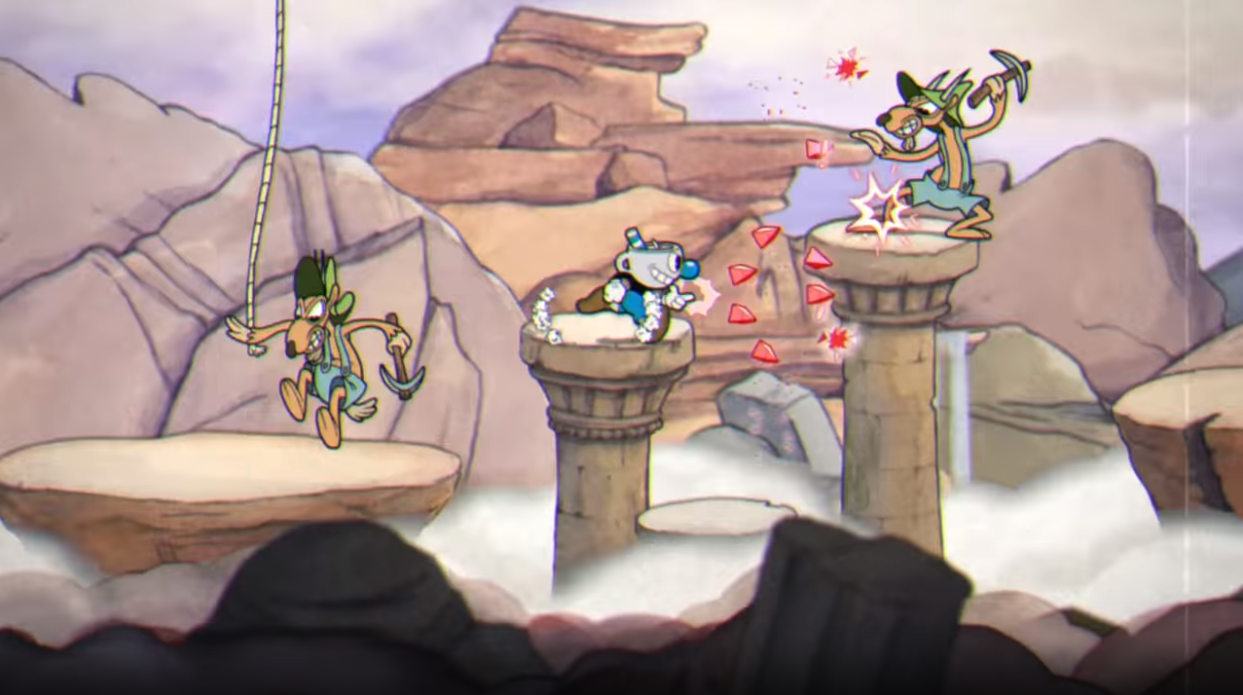 In addition to the Cuphead announcement, Chris Charla (Senior Director of ID@Xbox) stated in an article on Wednesday that Microsoft was actively looking to expand Xbox Live beyond Microsoft products—even beyond Android and iOS. He mentioned that Microsoft is working closely with its studios, including Studio MDHR, to explore adding Xbox Live to the Nintendo Switch.

In his own words:

With Sony's dominance of the current console generation, it looks as though the underdogs—namely Microsoft and Nintendo—are looking to leverage their respective strengths and join in a partnership to expand their foothold in the gaming market.

The announcement of Google Stadia on Tuesday put a great deal of pressure on Microsoft to showcase its streaming service: Project xCloud. On Thursday, Microsoft finally disclosed details about the streaming service, and at first glance, they seem very promising for xCloud's future (image from Russell Holly on Twitter).

The primary focus of the presentation was the essential features of the xCloud SDK, which include the following:

While there are still a lot Microsoft has not shown about Project xCloud, this first look at the xCloud SDK has put some of the worries about xCloud—on the heels of the Stadia announcement—to rest. For now, it looks as though Microsoft is going to leverage its intimate knowledge of the gaming community and its library of games to counter the brute cloud-strength and development prowess of Google.

The Other Stories of the Week

Apart from the groundbreaking stories of the week, GDC also included some less-noticeable, but exciting announcements, including:

There was plenty of news announced during the week, but there are just as many questions still swirling as GDC 2019 comes to a close. For example, how much will Stadia cost and when will it launch? How well will xCloud work on mobile devices and on which systems will it be available? Although PAX: East starts next week, we will likely have to wait for the Electronic Entertainment Expo (E3) in June—along with independent announcements—to answer the many open questions left in the wake of GDC 2019.