Manual processes are slow, highly vulnerable to human failure, not scalable, hard to create, update and keep a standard, etc. I could cite many other reasons for anyone to run away from any manual processes. They are the opposite that is proposed in agile methodologies or DevOps culture. Now specifically about infrastructure, we can affirm that without automating it's impossible to get the best of the resources of any Cloud service. We can see the why in the next lines.

No matter how hard Cloud and hosting companies try to improve the usability of their web consoles, it will always very hard to remember every action performed to create a complex infrastructure and then replicate it or change it. Do not wait for a catastrophic day to start to do what is right.

The join of the tools, techniques, and practices can enable companies to have a mature technology culture that makes them more competitive. Infrastructure provides on-demand costs optimization, analyzes security, best practices, functional tests, source code versioned, and whatever else is needed. There are no more excuses to keep processes slow and susceptible to errors.

It's not harder to write declarative code than to navigate between many pages and to have to remember every step when required to do it again. It's chaos. I prepared some examples of automation using Terraform, Docker, Ansible, and Jenkins to create resources in AWS. It's only an example. I did let all source code in Github and you can use it as inspiration to do things with other tools and in else platform clouds as GCP, Azure, and others. Instead of Jenkins, it could be its own application, specific for this work and with better usability. You can evolve to much more robust solutions using artificial intelligence, monitoring, and others things.

For this demonstration, I did start creating some scripts using Terraform for the provisioning of resources on AWS: EC2, S3, EKL, and others, but I would not want to have to run this manually every time I need to provision a new resource, so I created jobs on Jenkins. My goal is that I only need to press a button to provision new infrastructure.

To run this demo the requirements are: Docker installed, an S3 bucket for saving the states of the Terraform, a key pair to connect to EC2 instance and create a user with an access key and a secret access key. In this other article, I teach how to create these keys.

In all Terraform scripts, I have this code snippet telling where to save the states.

With the scripts ready I run the following command Docker to create the volume that will persist the data of the Jenkins.

Now let's run the command to start the Jenkins.

In this Jenkins, I created five jobs to automate the creation of some infrastructure resources on AWS. The resources were ec2, s3, a cluster EKS, a WordPress installation, and a cmd so I could see the Jenkins folders in case I needed them. You can feel at ease for collaborating adding new resources. 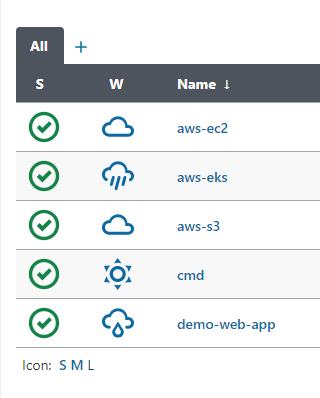 The following figure summarizes all that was done in this example.

Obviously, it's just a starting point. We can evolution this model by adding other tools, separating the responsibilities, and making the project more mature.

Every job that I created gets only one parameter: create or destroy, but they could be completely parameterizable. Only in the job demo-web-app that I install the WordPress using Ansible, I pass the public IP generated by job aws-ec2 as a parameter. Could these two jobs be one? Yes. You can evolve it! 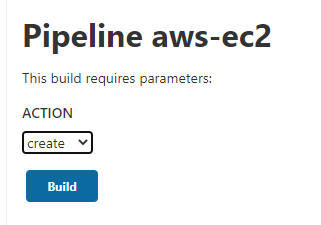 All credentials were saved in the Jenkins Credentials. Nothing in repositories. The file tutorial.pem is dynamically generated and the value is obtained during the building. When we run any of these jobs we have in a few minutes a complex infrastructure completely ready through a simple action. If we need to repeat that ten more times the simplicity will the same.

It may seem like an old argument, but there are still many companies and system administrators who, while surrendering to the cloud, are still trying to use it as an old infrastructure system. Without knowing its main benefits and without taking full advantage of them.

If anyone has knowledge about AWS or other Cloud servers, viewed the sample code in this article, and still has not worked with infra as code, you realized how much this makes life easier. I invite you to fork this example code or collaborate with the same including other platforms and other resources.