The messaging app space is starting to get pretty competitive and a little crowded. In order to hold it's own against these new entrants, iMessage has a number of updates in iOS, giving it some features that you might already have seen in Facebook Messenger or WeChat.

In effect, we are seeing these messaging apps become platforms of their own, and developers can extend the functionality of the basic messaging apps through both iMessage Apps and Sticker Packs.

There's a whole new section in the app store dedicated to iMessage Apps and Games. You can also find these apps by clicking on the app store icon within iMessage. 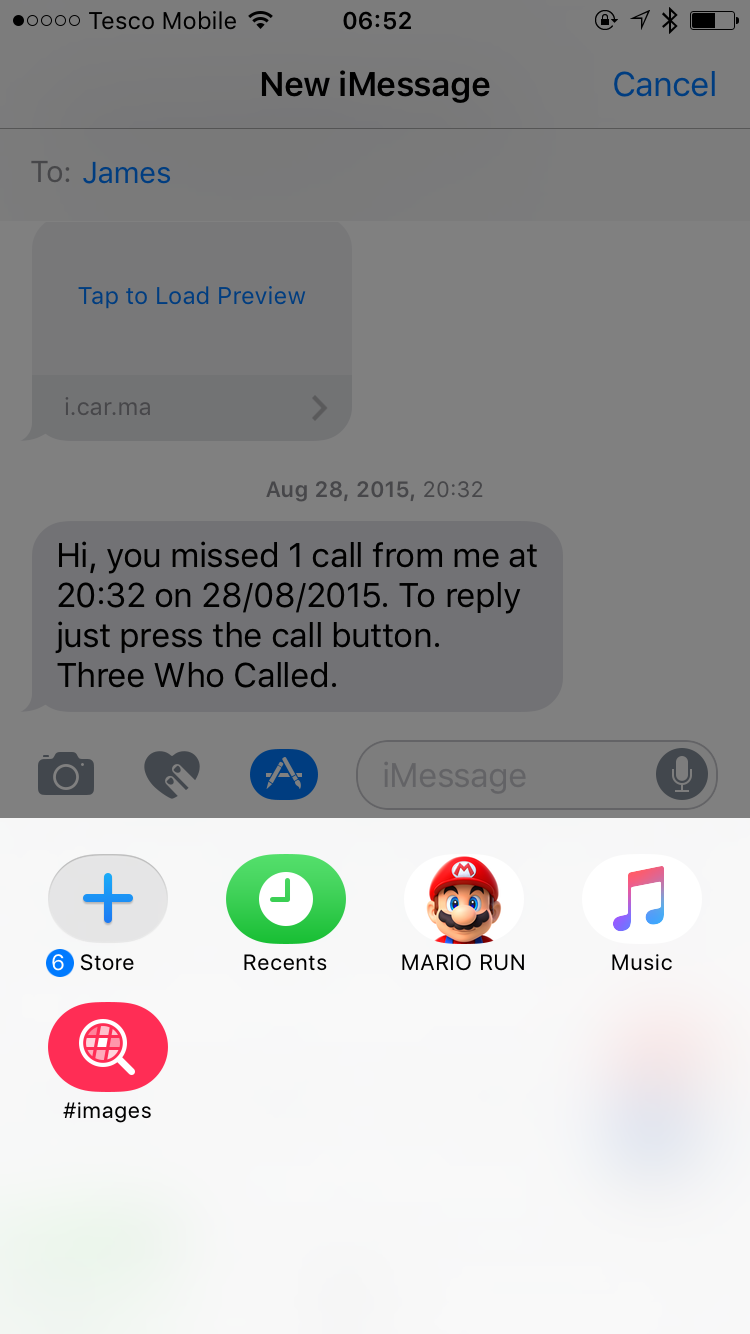 It's a lucrative market with more possibilities than you'd imagine. So let's look at how to create your own app for iMessage.

Straight off, you have two options; one is that you create an app that just works with iMessage, or alternatively you can create an extension to your own app that will have some iMessage functionality.

To create a standalone app, simply use the iMessage Application template when starting out a project.

To add on an extension to your existing app, just click on File/New/Add Target and choose the iMessage Extension. Just as with SiriKit extensions, you should consider using Embedded Frameworks as a way of sharing code between the main app and the iMessage part of the app. 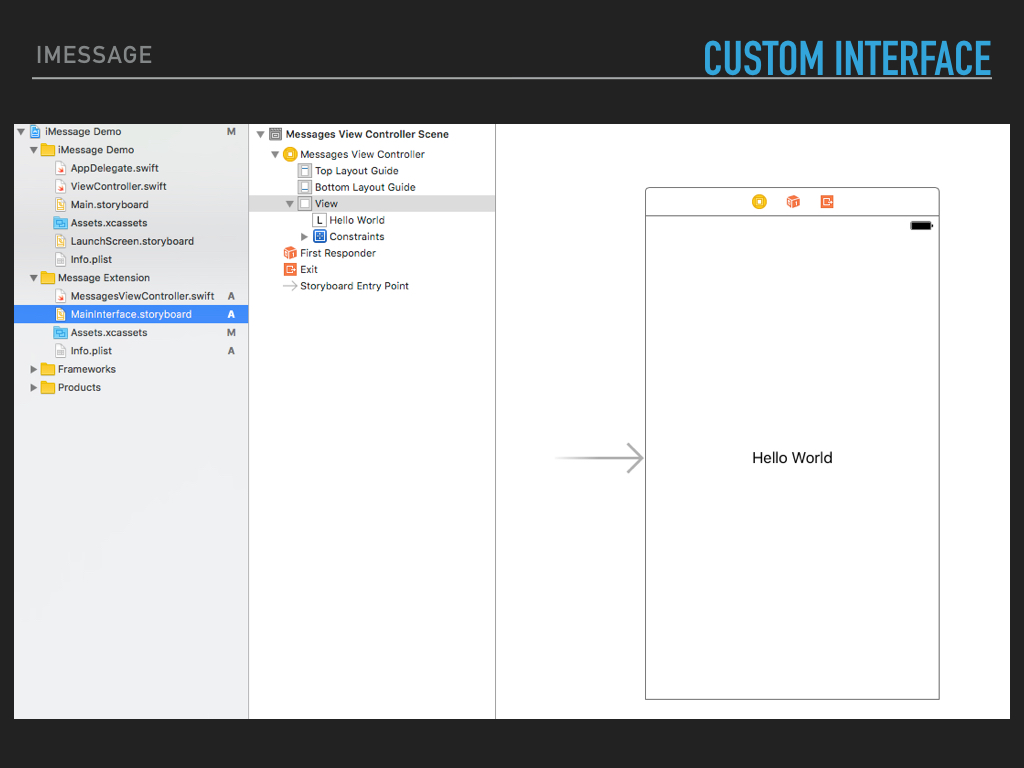 After creating your extension, you get a storyboard to express your user interface, MainInterface.storyboard, as well as the core ViewController, MessagesViewController.

The MessagesViewController is where the whole extension kicks off.  The key points to note is that you import the Messages framework, and you will be extending the MSMessagesAppViewController.

This controller gives you functionality to manage the extension's state, track messages and work with presentation styles. There are two options for this style; compact and expanded. If you are doing anything beyond the really simple, you'll want to request that style using requestPresentationStyle.

The generated code from Xcode follows:

Sam Burnstone has done a great job of building an iMessage app that allows you to play battleship with your friends.

Next we’ll take a look at Sticker Packs. They’re a bit weird, as they require no coding at all. They give users a new way to express themselves in iMessage without emojis; it's just an image, that may be animated, placed on top of messages in a conversation.

While some of us may wonder at what possible use stickers have on iOS, you will certainly think again when you see that Line sold "$268 million worth of stickers last year amid Asia's messaging boom".

So there's obviously a big chance for revenue here, and there's no coding required. Surely this is one feature that will get your attention.

A Simple Step By Step Guide 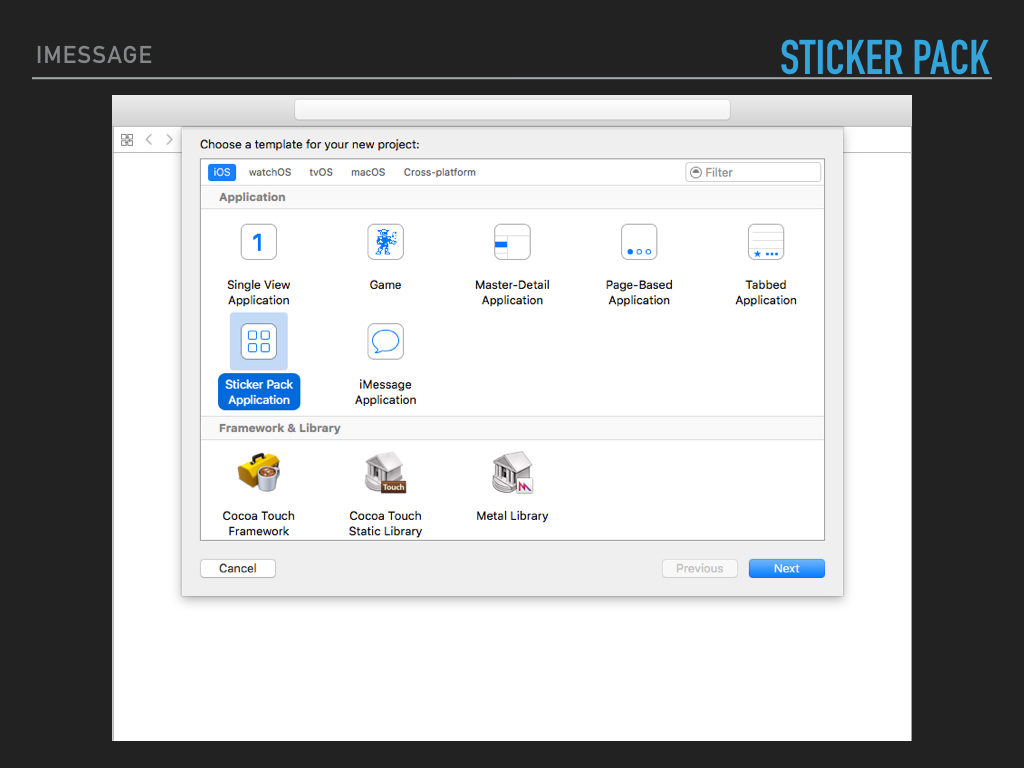 Next, you'll want to create some icons to represent the app in the App Store and in the app drawer in iMessage. Just drag icons of the appropriate size onto the App Icon section of the .xcstickers file. 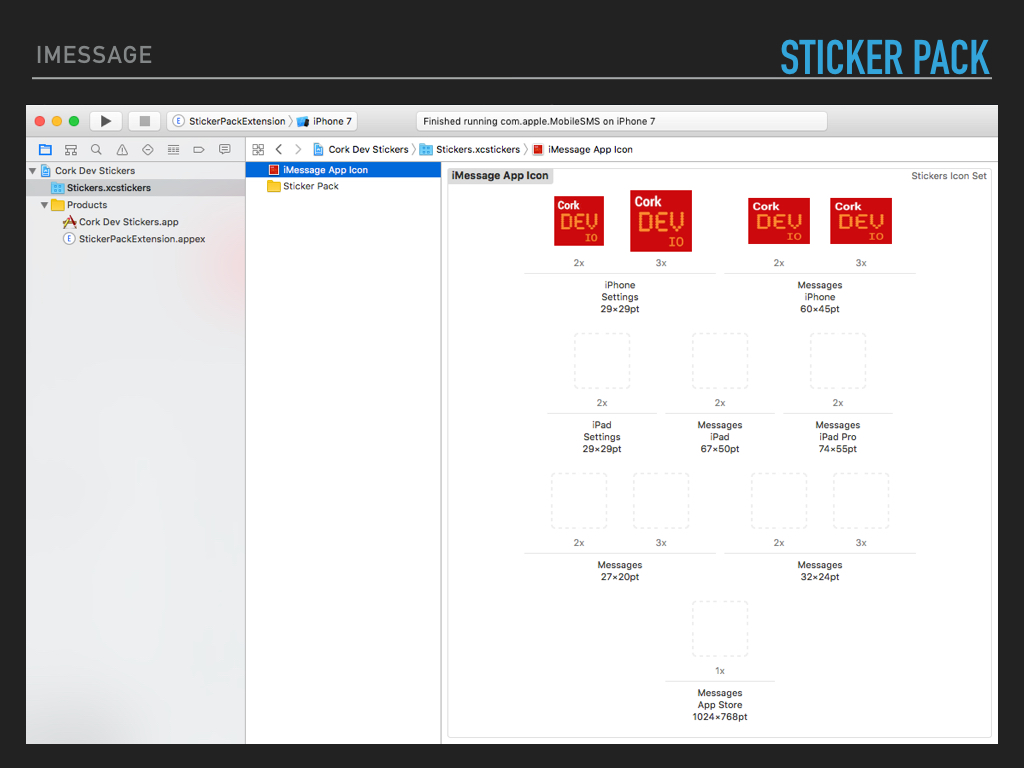 Adding in stickers themselves is even easier. Just go to the Sticker Pack folder and drop in the images you want to use. If you wish you can change the size of the stickers in the Attributes Inspector (Small, Medium or Large). 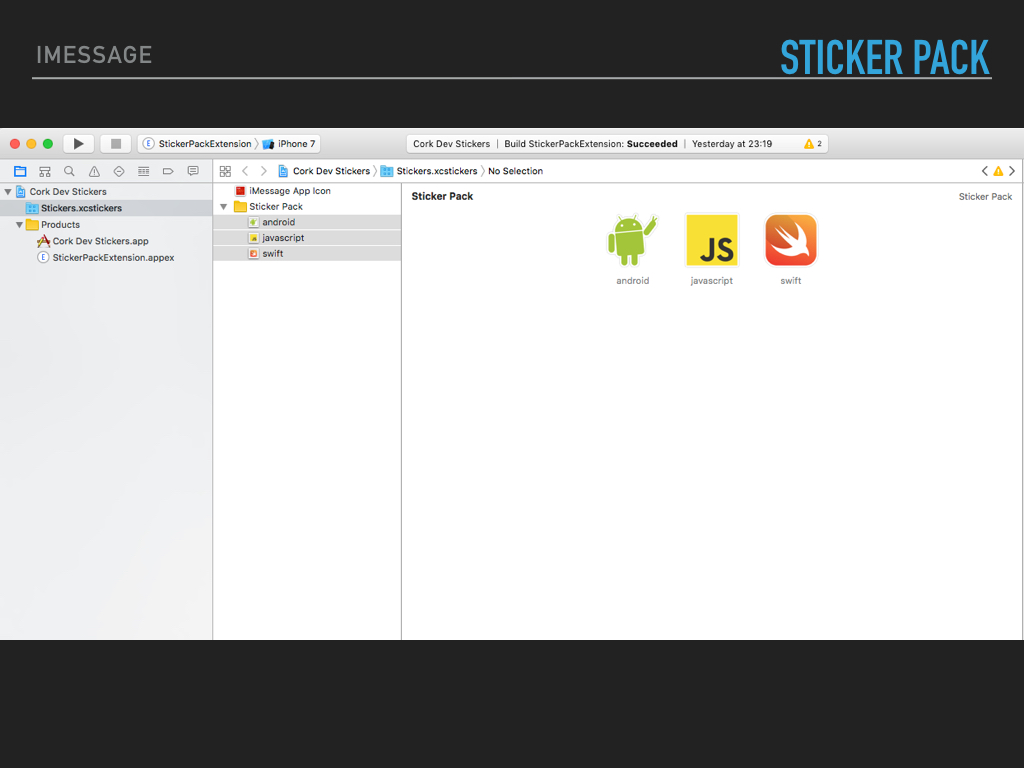 You can add in animated gifs too.

The finished product works as follows

If you want to do anything more complicated with your sticker pack, you will need to venture into the iMessage App framework. Already developers are getting creative with what's possible in iMessage, so get in there quick to make your mark!

Here's some useful links and tutorials to help you along with creating apps and sticker packs for iMessage:

You can view the full talk that I gave on iOS 10 at a recent developer event here: