These days there are versions of Microservice APIs that are deployed across various regions, availability zones, and environments. Not all the parameters for their use, latency, and availability are known during deployments. Development teams, Integrators and deployment teams of the system need to be aware of the best case, worst case, and scalability limits with load and during off-peak hours.

Typically an API is a method call that has various version information identified in the request header and calls may be made referring to the URL across different environments and an API gateway would resolve the endpoint to the service. This process may have unintentional consequences by way of the implementation of the API across environments.

For example, there are maybe 2 versions of a GET API that may have been implemented on a <QA> and an <DEV> environment and also they may support different languages.

Comparing the response of the API when called with load may be achieved with load testing tools like SOAPUI, Jmeter, or Gatling. The user ramp time and continuous load need to be considered when looking for the scalability issues.

Gatling typically would list profiles for the scenarios that have various loads being added on the server/microservices to simulate resilience and availability. Part of the challenge is to ensure that the Gatling reports may be compared across environments to identify where in the API 'call chain' the delays are. Typically these are the stages of an API call from the Client/Server session:

Identifying the Delay chain is useful to ensure that the A/B Testing between deployed environments for the same API or for the different versions of the API on the same environment are comparable.

Gatling generates a simulation log that lists the profile of the load which may be compared and plotted between 2 different runs. 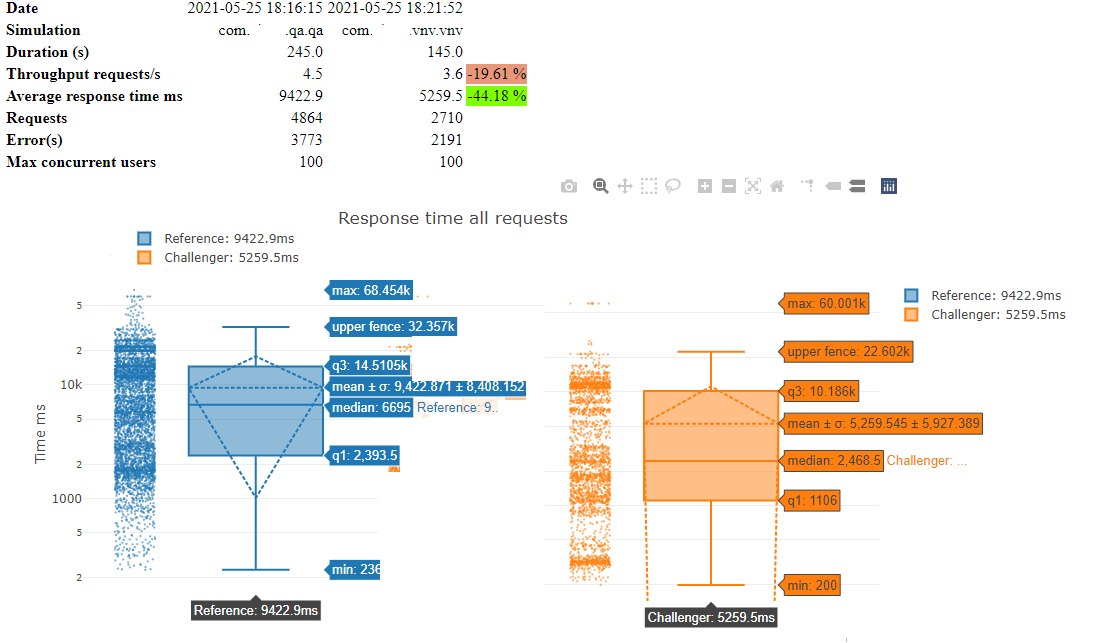