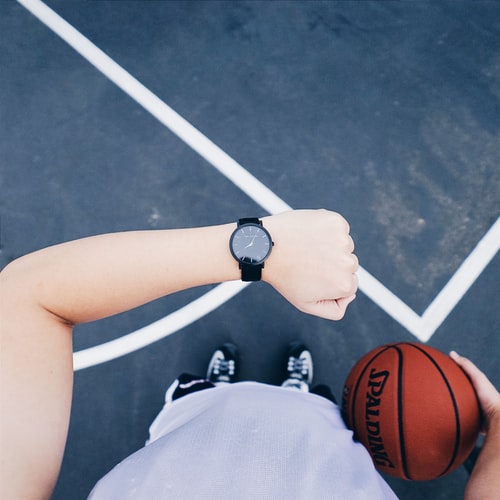 Take your gains to the next level with gamification on wearable devices.

It's rare to find a fitness enthusiast who doesn't use a wearable device in some way, shape, or form, but how beneficial can they be for average people and can gamification help to motivate users to exercise more regularly? That was the question posed by recent research from Penn Medicine and Deloitte.

The researchers combined a wide range of behavioral insights, social tools such as collaboration and competition, and gamification tools such as points and levels to try and motivate people to exercise. The data suggest that competition is key, as when the gamification elements were turned off, it was those in the competition group who maintained, and even improved, their level of physical activity.

"Gamification and wearable devices are used commonly in workplace wellness programs and by digital health applications, but there is an opportunity to improve their impact on health behaviors by better incorporating behavioral insights and social incentives," the researchers say. "We found that a behaviorally designed gamification program led to significant increases in physical activity compared to a control group that used wearable devices alone. During the nine-month trial, the average person in the competition arm walked about 100 miles more than the average person in control."

The study saw several hundred Deloitte employees from across the United States engaging in a wellness program. Each of the volunteers was classified as obese or overweight, and each was given personalized activity goals to achieve and a wearable device to monitor their progress. The volunteers were split into four groups, one of which was left to its own devices, and the other three who had games attached to their goals in some way.

The three gamified groups were able to score points and move between levels, with the games designed using behavioral economics principles, such as signing a commitment contract and agreeing to have points they were awarded at the outset deducted for failing to achieve targets. The games had five levels, but rather than starting at the lowest level, each participant started in the middle, with progress then linked to achieving their goals.

Each of the gamified groups also had a social element, with a support group available and an individual sponsor helping each participant. The groups, which were split into teams of three, had a spokesperson randomly allocated each day, and if the team reached their goals, the entire team got to keep their points.

Leaderboards were provided to allow for each team to compare themselves with their peers, as well as individual rankings to see who was the most active individual.

The groups were tracked over a six month period, during which time the gamification with competition group managed to boost their activity levels by nearly 1,000 steps per day than the control group. This was also around 250 steps more than achieved by the support and collaboration groups.

Where real differences appeared, however, was once the gamification was turned off. Then, the competitive group was the only one who sustained their improvements, with over 500 steps per day completed compared to the control group, with the other groups broadly the same.

"Many wellness solutions and patient engagement applications are implemented without proper testing of whether or not they actually work," the authors say. "We partnered with the Penn Medicine Nudge Unit to conduct a rigorous clinical trial that would provide evidence on the most effective approach overall and how to tailor future interventions for each individual."

While the results are interesting in a broad sense, the researchers next hope to delve into specific aspects of the sample to see if any distinguishing features emerge along demographic or personality type lines.

"Most interventions are designed as one-size-fits-all, in which a single intervention is deployed to a large population," the authors conclude. "Even if the program works on average, many participants may not benefit. Our next step will be to use data from this trial to develop behavioral profiles that could be used in the future to match the right intervention to the right person."

Wearable Tech Is the Future of Healthcare

Did Wearables Help World Cup Players Stay in the Game?