I attend many tech conferences around Europe (and occasionally the World), and Africa is always underrepresented. I was delighted to receive an invite to Afrolynk, an annual event that aims to bridge the European and African entrepreneurial scenes. Entering the Microsoft offices in Berlin for the event, a different crowd greeted me from typical tech and startup events, which was an incredible sight to see.

The day started with a round of drumming to bring people into the room and began a solid day of panels and keynotes. Attendees are sharply and colorfully dressed, energetic, and the variety of languages spoken around the venue highlights the multiculturalism of the African continent.

Africa holds 20% of the world's population, 30% of its land and resources, but only 1-2% of global GDP. Many throughout the day argued that we are often distracted by entrepreneurship at a grand scale. They argued that we forget that across the continent are thousands of small businesses providing valuable services to their local communities. Relevant to technology, this includes projects such as Mawingu, which creates mesh networks of internet access across Africa that locals pay these businesses to access. This model of small peer-to-peer businesses is prevalent in Africa and one that many local entrepreneurs emulate. So much so, that one startup, well-told story is launching a new project, the "Hustla MBA," low-level (and without the negative connotations many associate with the term) hustling is a typical lifestyle in Africa. The project is one of many that acknowledged issues in Africa, and instead of complaining about them, tackled them head-on. The project also aims to change people's attitudes toward education, a problem mentioned by many. Nearly every speaker mentioned the shortfalls of the African education system, blaming its outdated curriculum for leading to a workforce whose enthusiasm doesn't match what their country provides. Sadly, this included graduates of incubator programs, who often return from time abroad to find a lack of an ecosystem ready to support their ideas. 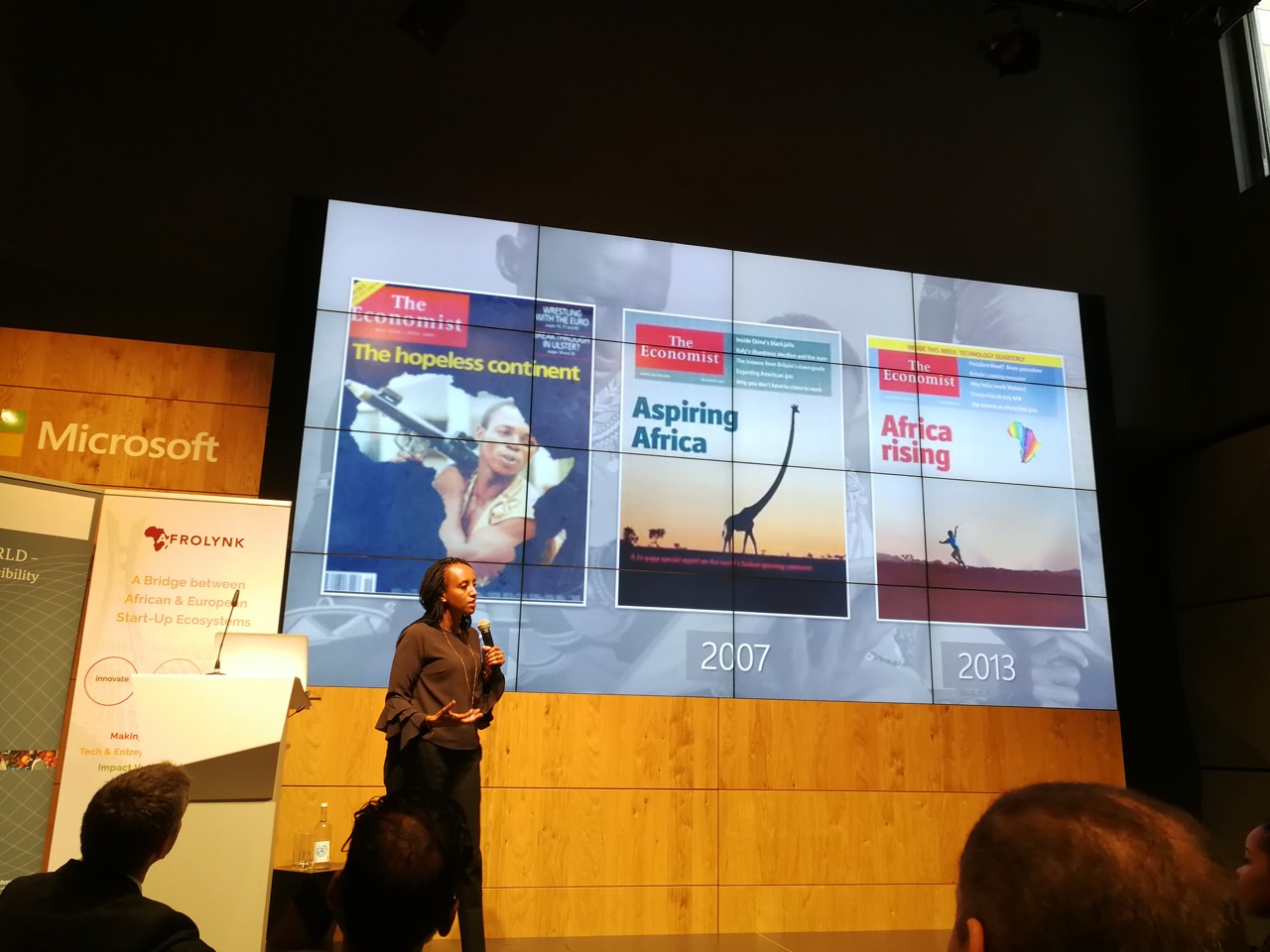 A large percentage of African entrepreneurs are involved with financial, health and agricultural technology. This matches many of the needs of the continent, and again, those that are most successful reflect similar peer-to-peer decentralized models I mentioned above. I feel these models are popular, not only because they often bypass slow moving, ignorant, and overwhelmed governments, but also because they empower people to build their skills and experiences. Africa and its investors learned from previous experiences that flying in aid and then leaving again won't work in the long run, and are now trying new ideas. Even when (only once) someone raised the subject of China, many in the room seemed positive about their involvement in Africa. At the moment at least, locals feel that China is taking a different, and more constructive, approach to Africa than earlier foreign powers.

The discussion took an interesting turn when one panelist, Dr. Mervyn Maistry gave his opinions on this change in approach and the politics behind it. He theorized that even conservative governments understand that by improving the local economies, migrant levels towards developed nations will decrease.

Africa also seems more pragmatic in its approach to emerging technologies, and not just treat them as buzzwords looking for a problem. Artificial Intelligence is a technology to help farmers better manage crops remotely, and blockchain helps create universal currencies, provenance schemes, or decentralized incentivization projects. Amrote Abdella of [Microsoft 4Africa](Microsoft 4Afrika) raised an interesting point when it comes to cloud computing that had never occurred to me. Cloud services like AWS or Azure bring high powered computing resources to anyone, no matter where they live, and Africans are big users. To reflect this, Microsoft plans their first African Azure data center in South Africa soon. 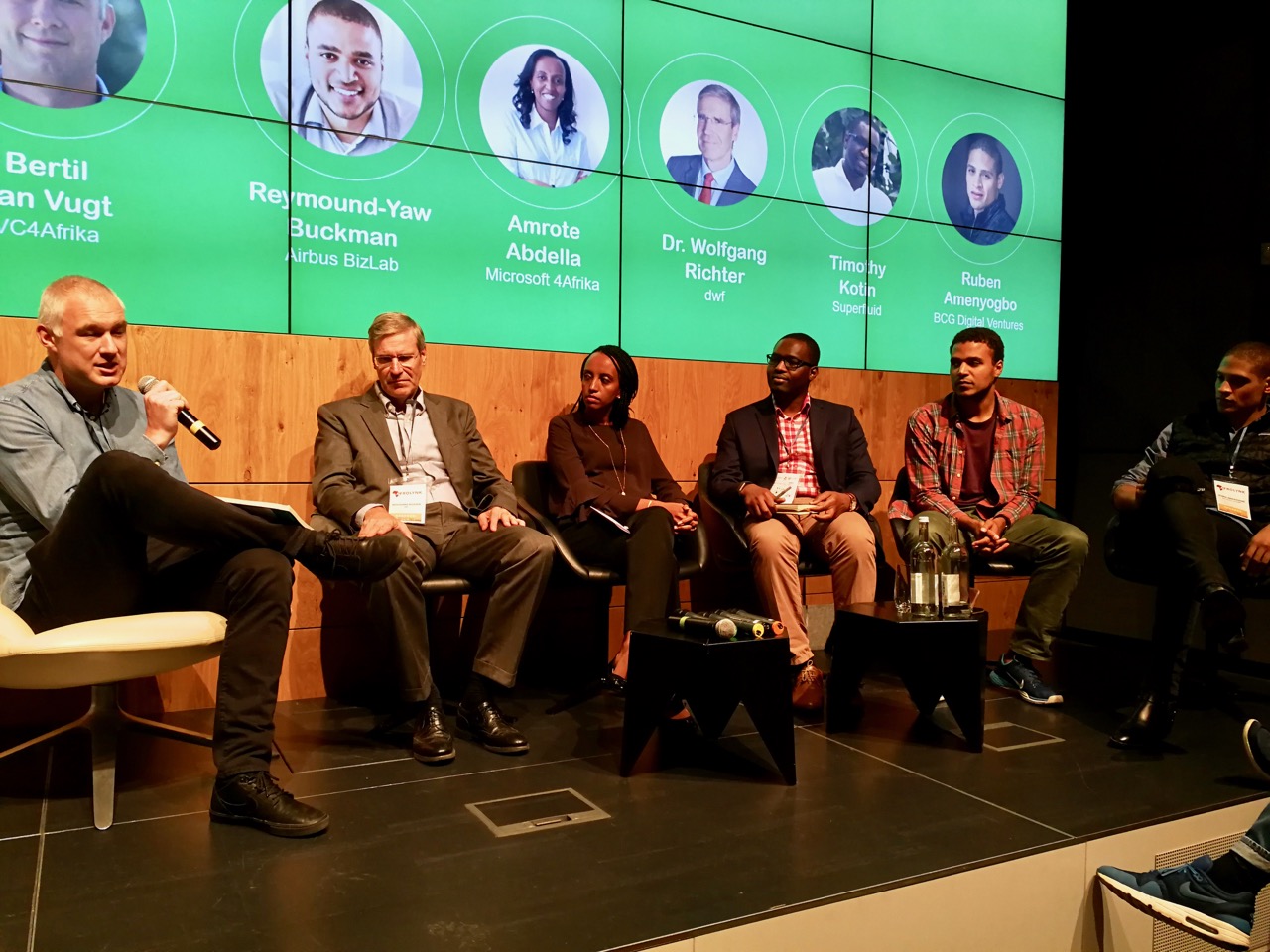 There are 54 countries in Africa, and it would be remiss to treat them all as a homogeneous whole. Throughout the day there were a handful of countries mentioned multiple times, especially Kenya and Nigeria, but others never mentioned. Last November, The Economist reported a mixed continent regarding improvement in economies and governance with some soaring ahead, and others standing still.

Gender equality is slightly better than the rest of the world, but diverse teams show better results. The younger populace is optimistic and hungry to get to work. However with the worlds largest growing workforce, but not the jobs growth to match, there is currently a shortage of 20 million workers. This shortfall provides an ideal opportunity to entrepreneurs, but with startups as typically small employers, we can only hope it will be enough.