i found myself discussing development practices with a manager of a local startup software company and was a little taken aback when he unequivocally proclaimed that they didn’t need agile because he had a team that consisted solely of extremely talented veteran programmers, with an average tenure of more than a decade.

he claimed they knew what needed to be done and did it without any official methodology. in these parts we might call that “cowboy coding.” his premise that following a standard methodology was meant for novice teams or those with immature programmers who hadn’t gotten “into the groove” of their careers. 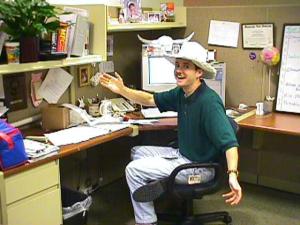 before you trash the guy,  consider the following:

how can you argue with results? of course, i’m not absolutely sure about the veracity of his claims of success. in the context of our conversation it was conceivable he might have been exaggerating given that i currently work for a company that is a potential customer for his company’s product.

personally, and despite these points i still tend to disagree. even though he may be seeing success despite an unstructured development environment. i’d argue that the team may still be performing below their full potential and would still benefit from some flavor of an agile approach.

it seems to me that agile is better suited to teams with a lot of talent and experience, and if anything would be more problematic with a bunch of rookies. a core agile concept is to let the development team self-organize, which implies a great deal of trust.  agile is not about babysitting, and certainly not about command-and-control management. it is about communication, coordination, and frequent re-alignment with an emerging picture of the customer’s needs.

i’m curious what you guys think?