Ah, the eternal debate: Agile vs. Waterfall, Waterfall vs. Agile. When dipping your toes into custom software development you’ll encounter these two terms. They are software development lifecycle models that outline how a project is to be completed. As the commissioner of the software, it’s important that you understand a general overview of each model and how it will affect you, as the client.

What Is Waterfall Software Development?

Waterfall software development is named after the cascading waterfall. It’s made up of distinct stages, each one following on from the one before. Behold, the Waterfall model: 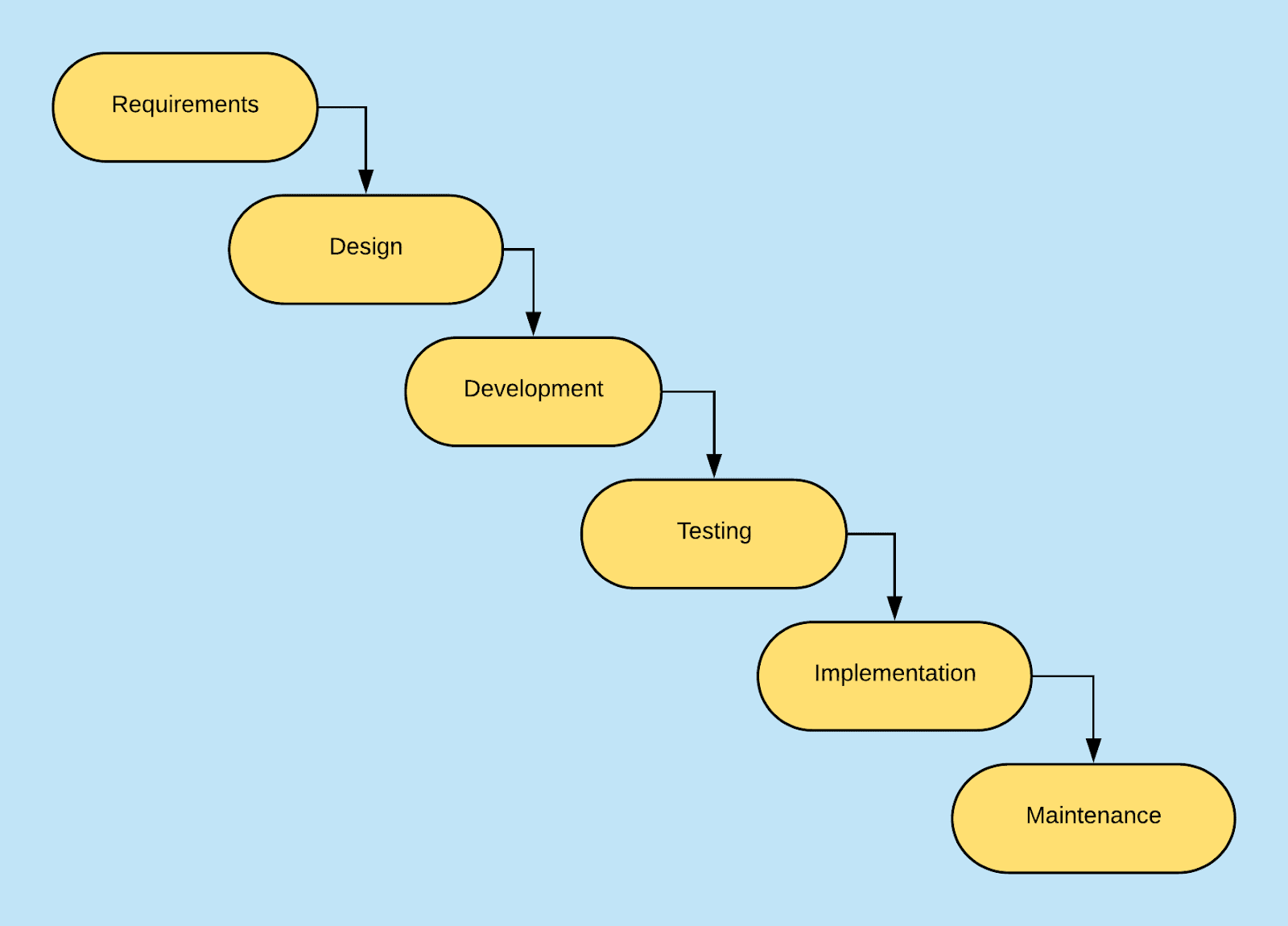 People like the Waterfall model for its simplicity and distinction between stages. Those people who are skilled at requirements gathering can be allocated to that activity, then designers can do their design, followed by the coders doing their coding, and so on and so on. It means that human resources can be allocated to a different project after their task is done.

Sounds great, right? Sure, but it means that mistakes made at an earlier stage in the project can be very difficult to fix later on down the track. The more complex the project, the greater the risk of a mistake causing serious problems from that trickle down effect.

So, what has the industry learned about the Waterfall model? It works very well for small, well-defined projects.

Do you have a small, well-defined project? Know exactly what you want and have a capable software developer in mind? Then you can choose the Waterfall method for software development if you wish.

What Is Agile Software Development?

Agile software development instead works on a piece-by-piece (or incremental) approach. To work this way, small functionality is built one at a time, tested and integrated, released for client feedback, changes made, tested again, then the next iteration begins. Here’s a general overview of the Agile method: 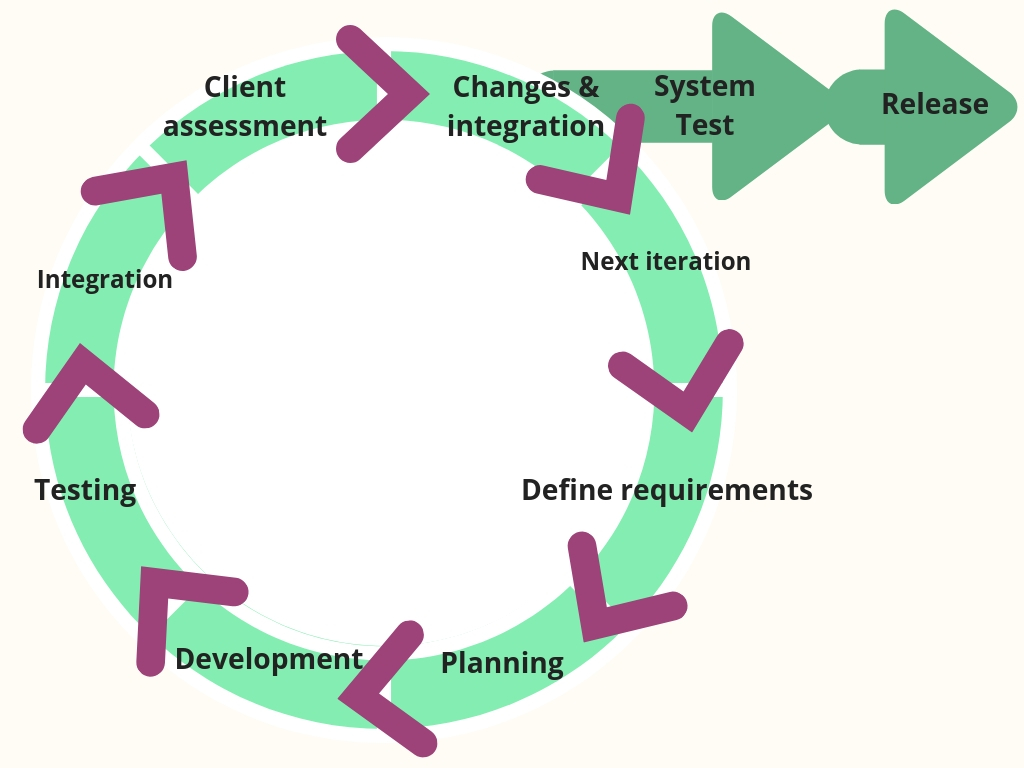 There are other set processes to help aid this model that are involved in doing Agile development, but it’s not really necessary to touch on this until you start your project.

As you can see from the diagram, it’s a slower way of doing things, but it means that any issues along the way get rectified before they snowball. Each iteration is sort of like a mini-waterfall if you will — except the whole Agile team is involved, rather than activities being split and distributed. Instead, it’s simple little functions that are distributed to the team. This methodology is far, far more collaborative than the Waterfall model, which also means timelines are easy to track because everyone is informed and on the same page — there’s no information hiding.

Yes, Agile is more involved and can take more time, but it decreases project risk for bigger or more complex projects. So if that sounds like your software project, then stick to Agile.

As you can see from the diagram up there, you’re involved in the process through each iteration, which means you get to shape the software, check over your developer’s work, and suggest any changes necessary along the way. This means that all your requirements don’t have to be “rock solid” in the beginning.

Recap! Which Methodology Is Right for Which Projects?

Let’s break this down so it’s far easy to pick, shall we?

Waterfall is best for:

Agile is best for:

Of course, there will be certain outlier projects that don’t quite fit into one box or the other. It’s always best to talk through which approach will be more suitable with your software solutions provider before starting a project.

Waterfall vs. Agile: Can They Be Friends?

Head-to-Head: The Agile and Waterfall Methodologies

Published at DZone with permission of Graham Church. See the original article here.