Artificial Intelligence (AI) is the latest buzzword in the modern world. It renders smart machines all over the world the ability to perform cognitive functions expected from humans. These functions could be the ability to think logically or engage in a casual conversation or even recognize facial patterns for mood detection and identification. Backed by tools like Natural Language Processing, Machine Learning, Deep Learning, etc., Artificial Intelligence is paving the way for machines to think, talk and act like humans.

Facial Identification Technology is one of the front-runner technologies being facilitated through AI applications. It is capable of identifying and verifying the identification of a person using a digital image or a video frame. In general, facial recognition systems work by comparing the selected facial features from an image with the faces available within a database. Such technology has found use in security systems where it enables cameras to grab facial images which can be compared and identified thereafter. It has also recently found uses in commercial and marketing tools.

There are several AI-based techniques used for facial identification. Some face recognition algorithms extract facial landmarks or features from a given subject’s face and compare them for matching features with other images. Others normalize a range of facial images and then compress the facial data. The meaningful data is then saved, and a probe image is compared with the facial data. 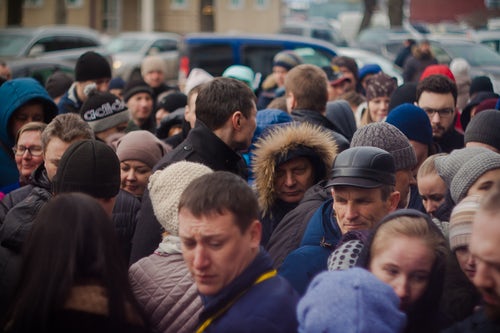 Today, various organizations are developing face recognition capabilities based on Artificial Intelligence. Facebook has developed a Deep Learning facial recognition system called "DeepFace." Deep Learning is an AI-based Machine Learning technique concerned with algorithms inspired by the human brain’s neural networks. Deep Learning makes it possible to use brain simulations and make learning algorithms better and easier to use. Facebook makes use of a nine-layered neural network which has 120 million connection weight and is trained on 4 million connection images uploaded by the Facebook users. The system is said to be 97% accurate.

Similarly, Google’s FaceNet is claimed to be a very accurate method for face identification achieving nearly 86% accuracy. It has an image data set with nearly 260 million images from all over the world, and it can give a name to a face and present images that match the face search.

Some models use predictive modeling techniques to incorporate facial data to understand how humans age. The method has been tested by a process named "de-aging," which involved taking a picture of an old person and running the Deep Learning algorithms backward to create a younger version of the same person. This younger image was then matched with the original image of the person in his younger days and the results were quite accurate. While there were older studies done on age progression work, this one was far more accurate.

Due to the massive amounts of data sets available for research and the Deep Learning algorithms ability to process this data and put it into work, today’s facial identification technology is going places.

Facial identification can have extremely relevant use-cases in several industries.

Passport and Visas —It can control fraud detection for passports and visas. Already, the Australian Passport office is using the automatic face-recognition software, reporting 20% more efficiency in detecting fraud.

Banking —It is also useful in financial institutions like banks and their ATMs. China started using this technology in their ATMs. This has ensured a higher level of security for the card user.

Law Enforcement — Law enforcement agencies can deploy facial recognition systems for the identification of criminals. Many countries including the USA are developing their facial recognition database which will aid the criminal investigations making them swifter and more accurate.

Marketing — In 2013, retail giant Tesco rolled out targeted ads based on demographics like the gender and age of the customers at its petrol stations. It used facial recognition to identify these demographics using an AI-based software. Today, many more companies are aiming relevant advertising to its customer's basis facial identification as they enter the store by changing the display board ads to suit their personal preferences.