Those battle-scarred from watching the latest season of Black Mirror and its dystopian tales (some say predictions) of technology and its impacts upon our lives, were offered some reprieve this week,  thanks to the introducing of a new aibo robot at Sony's CES press conference. The latest aibo is a more cartoonish puppy than its earlier inception, embedded with AI that enables it to get to know family members over time.

According to Sony, "Its body language is expressed through a combination of eye, ear, and tail movements as well as different vocal sounds. This lovable behavior brings warmth and delight to the everyday lives of its owners."

aibo can detect words of praise, smiles, head and back scratches, petting, and more, allowing it to learn and remember what actions make its owners happy. Slowly but surely, aibo will also become more aware of its environment, and as it gains confidence it will learn to walk around an increasingly wider area and respond to situations accordingly. This adaptable behavior is made possible through Sony's well-cultivated deep learning technology, in the form of inbuilt sensors that can detect and analyze sounds and images. aibo also comes with fish-eye cameras that utilize simultaneous location and mapping (SLAM) technology, allowing it to lead its life in close conjunction with its owners. 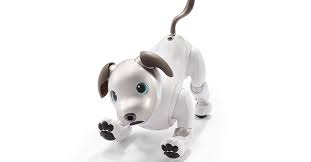 Robotic Pets Are Alive and Well (at Least for Now)

One of the most successful robotic pets has been the PARO Therapeutic Robot, used in nursing homes around the world as a companion for the elderly with great success.PARO can learn to behave in a way that the user prefers and to respond to its new name. For example, if you stroke it every time you touch it, PARO will remember your previous action and try to repeat that action to be stroked. If you hit it, PARO remembers its previous action and tries not to do that action. It may sound odd, but people with dementia and neurodegenerative diseases associate the robot with a real pet and a source of comfort.

But Back to Black Mirror (Spoiler Alert!)

Juxtapose aibo with this Black Mirror's recent episode Metalheads, a post-apocalyptic future where robot dogs are hunting human survivors. The robot dogs recharge via sunlight, can operate a car, unlock doors and shoot humans with a pellet containing a tracker. Their movements closely resemble that of Boston Dynamics' Spot. But what is most chilling is the lack of real human presence. Charlie Brooker revealed in an interview:

" We sort of deliberately decided not to flesh out a lot of the backstory. Originally in my first draft, we also showed a human operator operating the dog robot from across the ocean at his house. There was a bit I liked where he leaves the [control unit] while the robot is watching her while she’s up in the tree and he goes and gives his kids a bath. But it felt a bit weird and too on-the-nose. It kind of felt superfluous. We deliberately pared it back and did a very simple story." 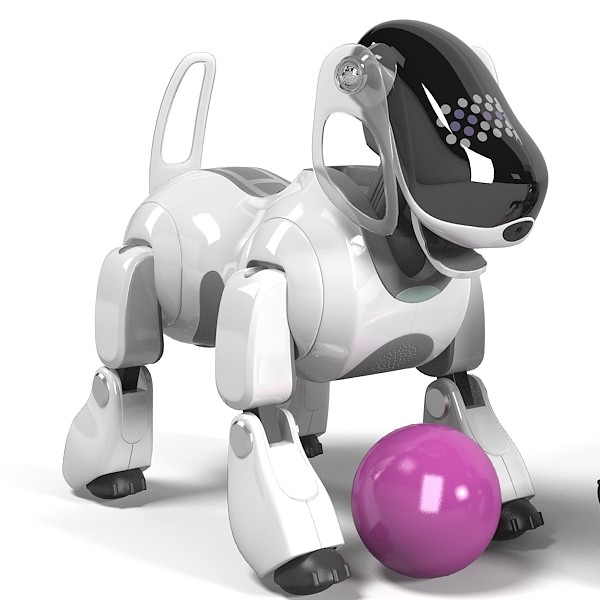 So thanks to Black Mirror, we have the notion of killer dog robots, but what about when we kill the robots? Sony’s original aibo robotic dog was released in 1999 then was discontinued in 2006 with the announcement repairs and spare parts would be discontinued in 2014. For many owners, it was like watching a pet slowly die. There were even Buddhist funerals available for AIBO dogs in Japan. The current aibo retails for $1735USD and includes a $26/month service fee with a range of repair insurance options — hopefully Sony will do better this time?

The reality is, when people are associating robots with pets or humans, they are attaching an emotional connection to them in many instances. We may not understand or fully condone it, but it's a reality that will become more complex over time.