As Kubernetes is a kind of Container orchestrator, this is a mandatory step in our process to run the Alexa Skill in a Kubernetes environment.

Docker can build images automatically by reading the instructions from a Dockerfile. A Dockerfile is a text document that contains all the commands a user could call on the command line to assemble an image. Using docker build, users can create an automated build that executes several command-line instructions in succession.

These are the steps that the Dockerfile will execute when we build it:

The Dockerfile is located on the docker folder.

Now that I have explained all the steps of our Dockerfile, it is time to build that so our container is ready to run.

This is an example of a Docker Build command:

This is an example of a Docker Push command:

After pushing the image, you can take a look at your Docker Registry to inspect all the information. You can find an example here. I am using Docker Hub. 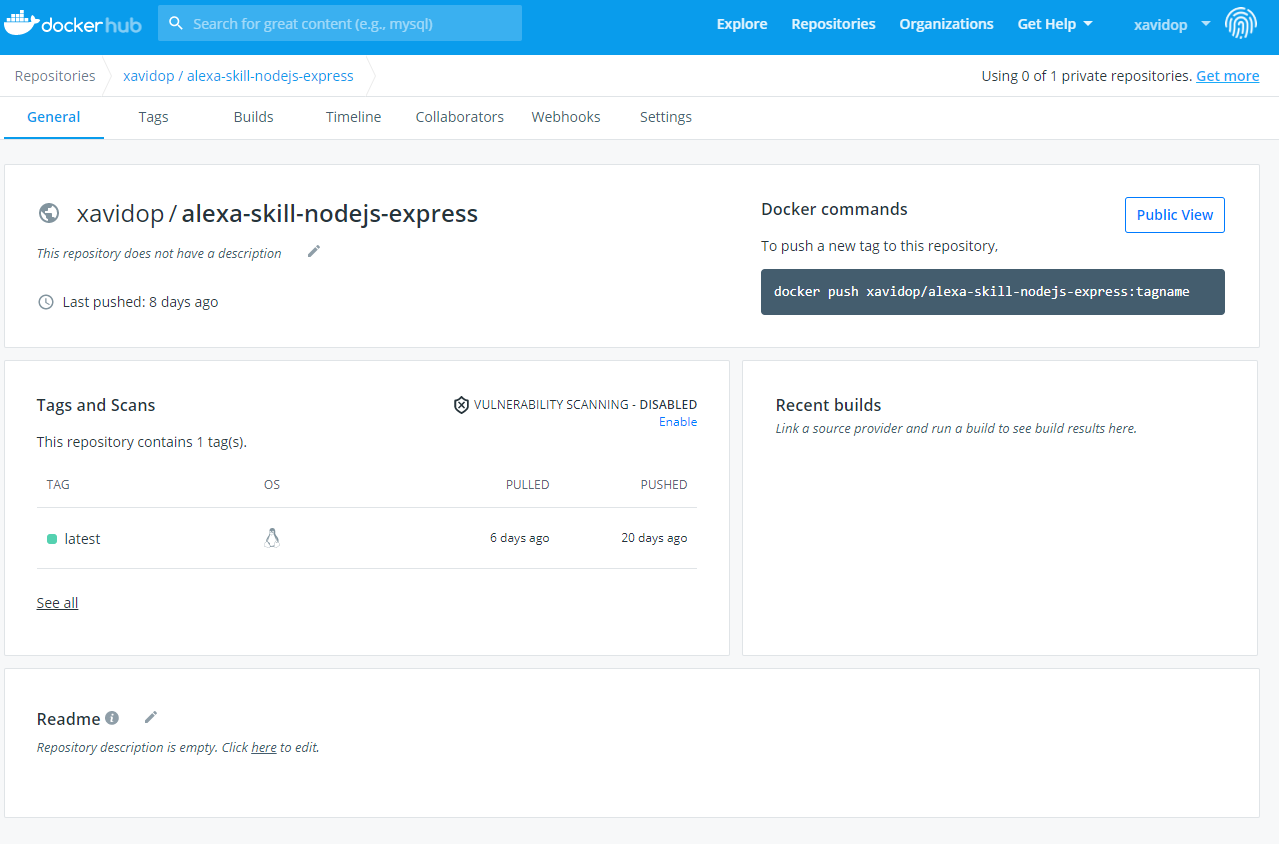 We can run our docker container once we had built it. You can run it with the following command:

After executing this, you can execute Alexa requests to the localhost:3000 endpoint.

Now, we have our Alexa Skill running as a NodeJS Express app inside a Container. We are ready to create all the Kubernetes objects. But, before this, we need to solve the persistence problem because now we do not have access to a DynamoDB.