In these steps, we have our Alexa Skill properly dockerized. As we are not going to package all the software components (Alexa Skill + MongoDB) yet, in this fourth step, we will set up all the Kubernetes objects of our Alexa Skill using MongoDB Atlas. 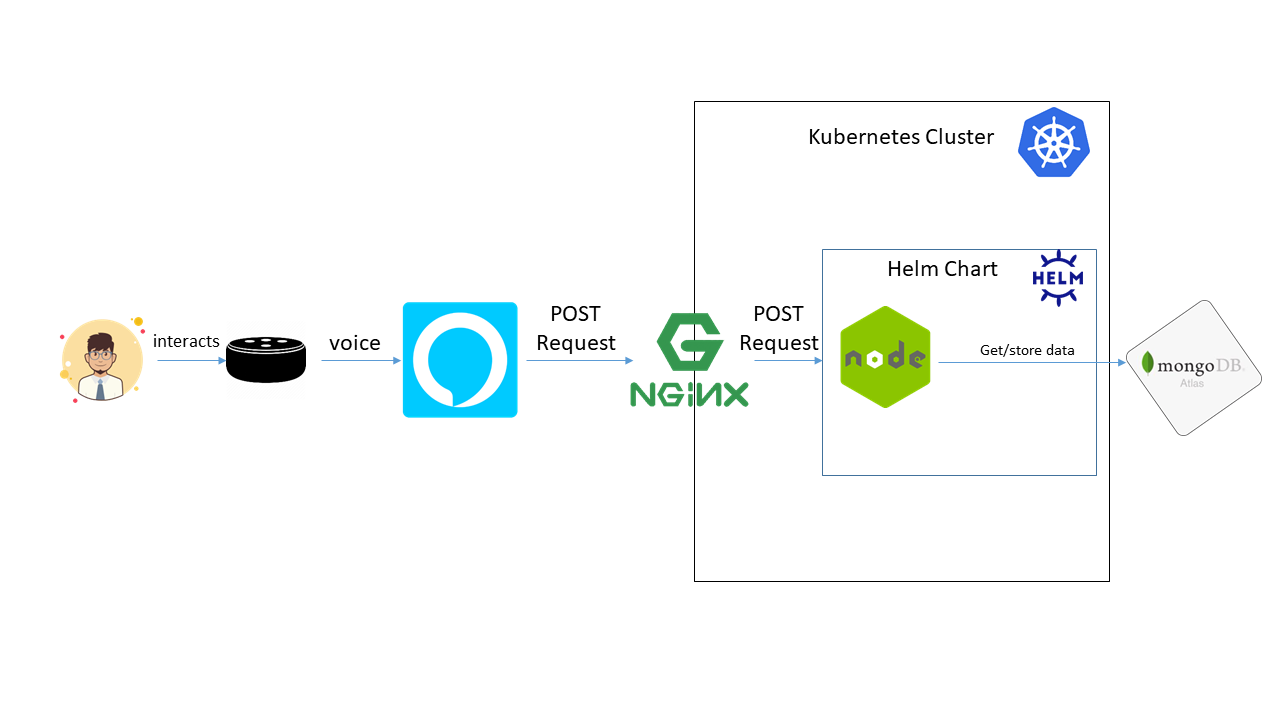 Creating the Kubernetes Cluster With Kind

The first thing we need to do is install a Kubernetes cluster on our local machine in order to create all the Kubernetes objects.

For that, we are going to use Kind. Kind is a tool for running local Kubernetes clusters using Docker container “nodes.” Kind was primarily designed for testing Kubernetes itself but may be used for local development or CI.

With Kind, you can create clusters using a specification YAML file.

We can leverage Kind’s extraPortMapping configuration option when creating a cluster to forward ports from the host to an ingress controller running on a node. We will expose the port 80 of the Kind cluster to port 3008 of our local machine, and the 443 to the port 3009 of our local machine. This YAML file is located in the root folder called cluster.yaml.

You can deploy the cluster running the following commands:

If you want to destroy the cluster, just run the following command:

The objects that we are going to create are the following Kubernetes objects so that we can run our Alexa Skill on Kubernetes:

1. Deployment: The deployment is one of the most important Kubernetes objects. A Deployment provides declarative updates for Pods. A Pod (as in a pod of whales or pea pod) is a group of one or more containers with shared storage and network resources and a specification for how to run the containers.

2. Service: An abstract way to expose an application running on a set of Pods as a network service.

3. Ingress: An API object that manages external access to the services in a cluster. It is a layer crated above the Kubernetes services. It requires an Ingress Controller to manage all the incoming requests. 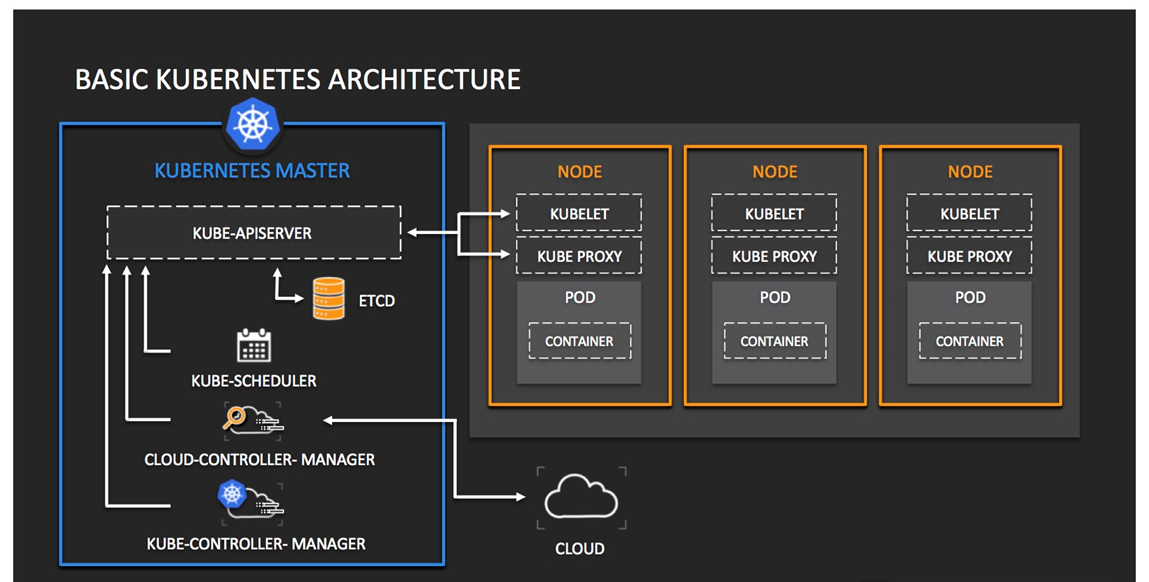 As you can see, our Deployment will have 1 replica. In case our Alexa Skill has a lot of requests, we can update the number of replicas or create a HorizontalPodAutoscaler Kubernetes object, but this is optional. 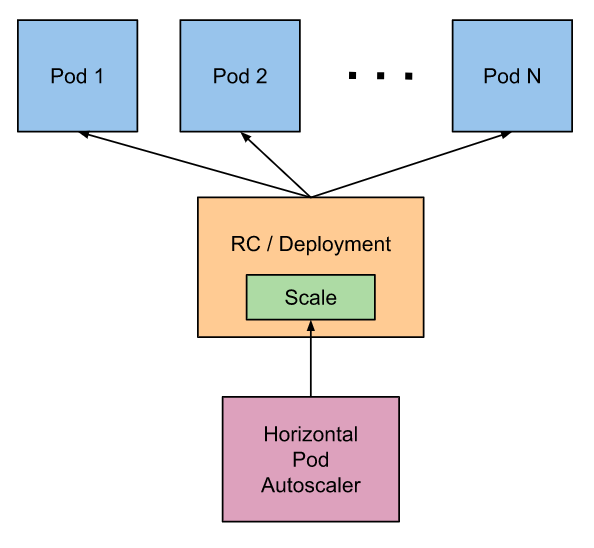 Let’s see the specification of our Deployment by doing the following:

With that, we have our deployment ready. This deployment will create a pod with a container.

Finally, we have to modify our NodeJS Alexa Skill app to get all the information from the environment variables that we have set in the Deployment specification:

With all the changes done, we only have to deploy our Deployment running the following command:

The next step is to create the Kubernetes Service. With Kubernetes, you don’t need to modify your application to use an unfamiliar service discovery mechanism. Kubernetes gives Pods their own IP addresses and a single DNS name for a set of Pods and can load-balance across them.

The important thing here is the port, targetPort and protocol specifications:

1. Port: The port is the port that will use the Kubernetes Service.

2. TargetPort: The port of the container. This property links the container port running in the pod with the service.

3. Protocol: The protocol of the port. We will use TCP because this service will receive HTTP requests.

By default, a type of service is ClusterIPand it exposes the Service on a cluster-internal IP. Choosing this value makes the Service only reachable from within the cluster.

With all the changes done, we only have to deploy our Service running the following command:

Ingress exposes HTTP and HTTPS routes from outside the cluster to services within the cluster. Traffic routing is controlled by rules defined on the Ingress resource. An Ingress may be configured to give Services externally-reachable URLs, load balance traffic, terminate SSL/TLS, and offer name-based virtual hosting. An Ingress controller is responsible for fulfilling the Ingress, usually with a load balancer, though it may also configure your edge router or additional frontends to help handle the traffic. 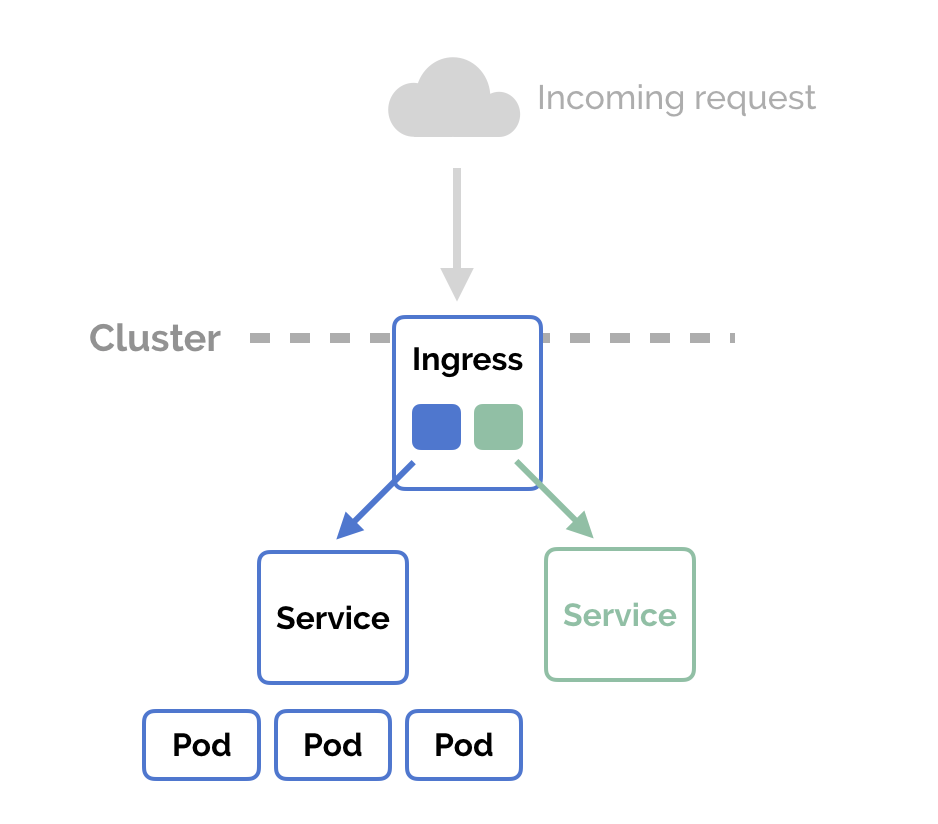 An Ingress requires an Ingress controller. As we can see in the schema at the top of this blog post, we will use the Nginx Ingress Controller.

To install this Ingress Controller on our Kind Cluster, we have to run the following command:

Once the pods of the Nginx Ingress Controller are up and running, we can create our Ingress:

We can see in the Ingress specification that all the requests to the URI / will be managed by this Ingress. This Ingress is linked to the Kubernetes Service through the serviceName and servicePort properties.

With all the changes done, we only have to deploy our Ingress running the following command:

I’m sure you already know the famous tool called Postman. REST APIs have become the new standard in providing a public and secure interface for your service. Though REST has become ubiquitous, it’s not always easy to test. Postman makes it easier to test and manage HTTP REST APIs. Postman gives us multiple features to import, test, and share APIs, which will help you and your team be more productive in the long run.

After running your application, you will have an endpoint available at http://localhost:3008. With Postman, you can emulate any Alexa Request.

Now, we have our Alexa Skill running in a Kubernetes server locally and using Mongo Atlas cloud. Now, we have to package all the Kubernetes objects using Helm.