Docker is a technology where developers or DevOps teams can build, deploy, and manage applications by using containers. Docker is an open source software so that everyone can run this on their own operating system, which should support virtualization and Docker for Mac/Windows/Linux.

Docker also ships the ready images from one computer to another. Docker containers are sets of processes that are isolated from the rest of the processes in the host OS. Docker shares the kernel of the host operating system. On the other hand, VM is a technology that depends on the guest OS, which is completely separated from the host OS. Virtual machines communicate with the host OS through hypervisor. VM requires many hardware resources and processes. It's not a container-based technology.

Docker moves up the abstractions of resources from hardware level to the operating system level. That's why application portability and infrastructure separation is easier.

Docker Engine works as a client-server architecture. Docker daemon works as a server, which is the core part of Docker and is run on the host operating system. This service exposes some rest APIs that can be used by the client. A command line interface (CLI) client uses the services provided by Docker daemon with Docker command. 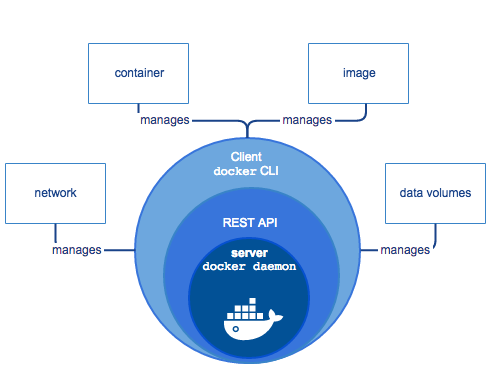 Image: Image is the executable application package file inside Docker. It contains everything needed to run an application, including libraries, config files, runtime, etc. It's a snapshot of a container.

In OOP terms, Image is a class, and a container is an instance of this class — a runtime object.

Registry: A registry is a storage and content delivery system that stores Docker images. Docker Hub is a popular Docker registry. We can store different versions of images with different tag numbers to Docker Hub.

Dockerfile: It's a text file that contains all the commands to assemble an image.

In this article, we will use Docker Hub as a Docker registry. Then, we will follow the instructions to set up a desktop Docker application. I am using Mac OS as my host machine. After installation, we can see that the Docker app is running. Then, I have to sign in using my Docker Hub credentials. 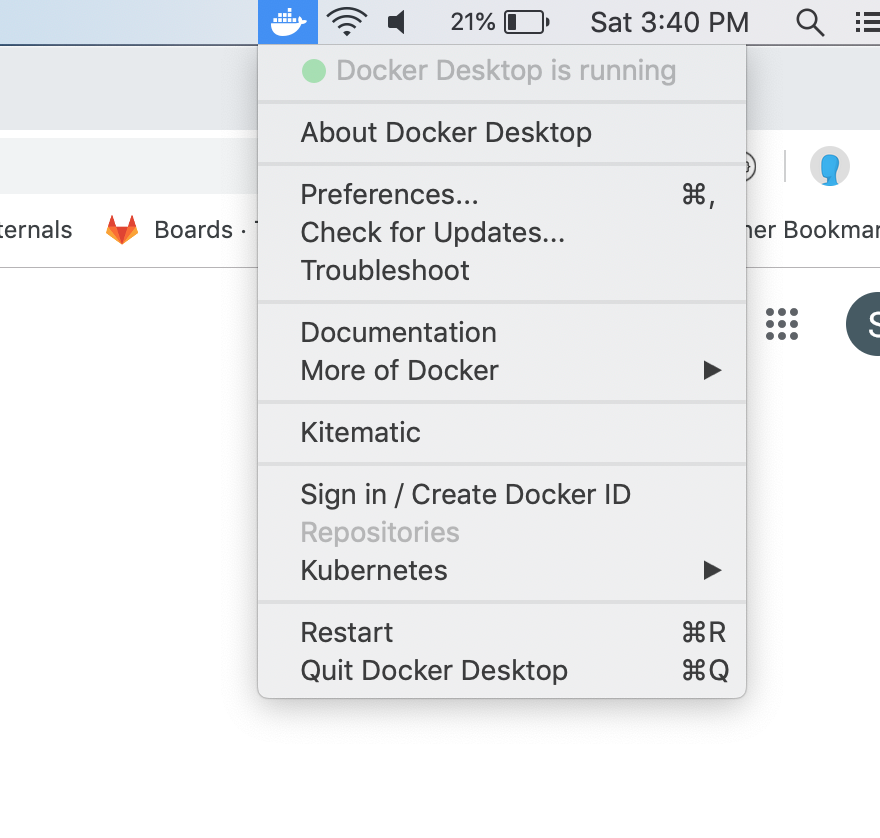 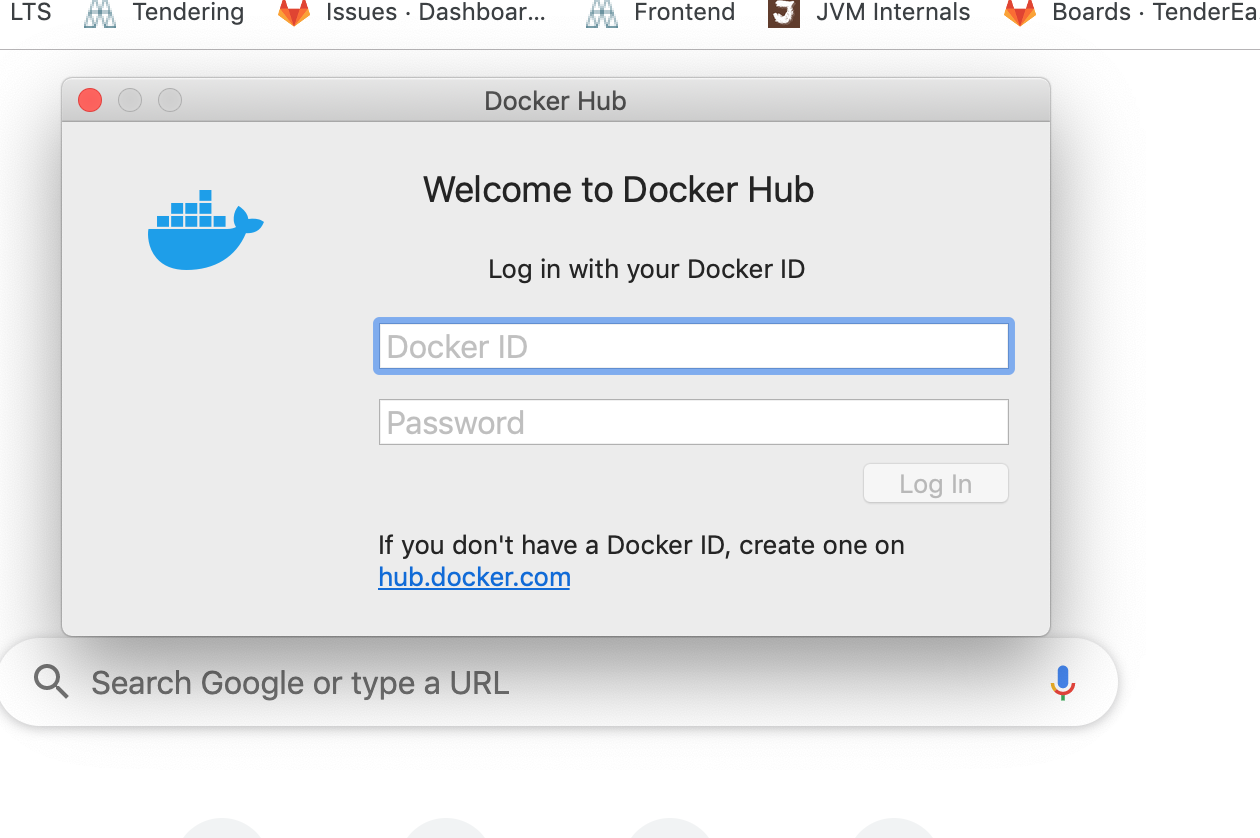 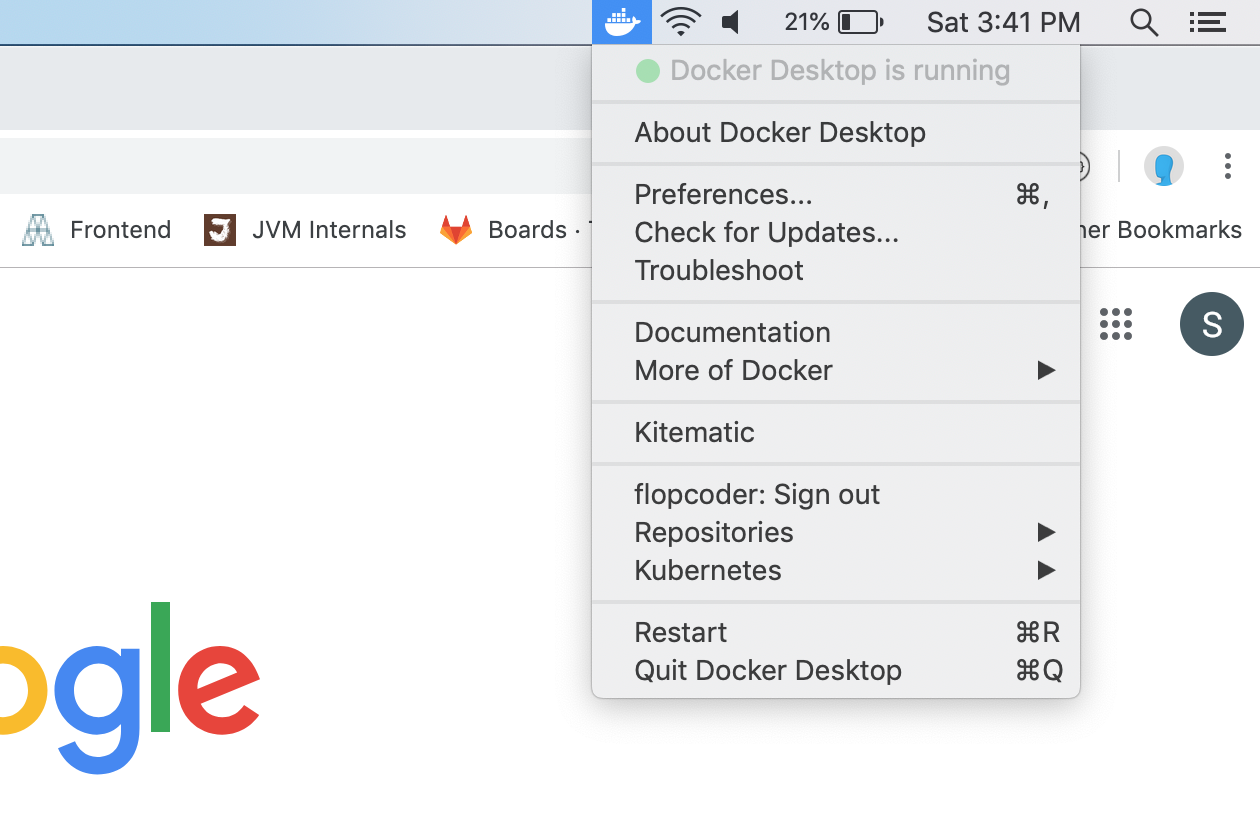 After Docker Desktop Install and Login

Now, we can open the terminal to check some Docker commands.

docker --version command should return the Docker version. In my case, this command returns

docker info command should return detailed information of the installed Docker machine of the host machine. Initially, you have zero images and containers.

docker pull hello-world This command should pull a hello-world image from the Docker registry. Now again, if we run the Docker info command, we can see that the image count is 1. But the container count is still zero.

docker run hello-world This command should create an instance of the hello-world image. It will return a long message:

This message shows that your installation appears to be working correctly.

If we run the Docker info command, we can see that the image count is 1 and the container count is also one. So the Docker installation is complete.

Now we will create and run an image of the MySQL database. From our terminal, we will run the below command. Here, -d in this command indicates that the Docker command will run in detached mode.

Hopefully, the MySQL image is pulled and running as a container. To check this, we can run

docker image ls and docker container ls commands. In my case, the responses of these commands are:

Now we can check by logging in to MySQL.

It will take us inside the docker-mysql container. Then we will log in to MySQL using mysql -uroot -p  using password root. Then, we will run the show databases; command to see if the database setup is complete or not.

In my case, it returns the below result:

So we can say that the book_manager database was created inside the docker container. We can externally use this database from our host machine by using port 6033. Now we have to import the database script to the Docker MySQL database. The SQL script is available here. Run the following command to import this script to docker-mysql.

Hopefully, the book_manager script executed successfully. You can confirm by executing the following command.

I have already pushed my code to my GitHub repository. Anyone can clone the codebase from here. I think your host machine has Gradle setup. So now we run the gradle build command to build the project. So the executable jar file is created at the build/jar directory of your cloned project.

Now open the Dockerfile. We can see that the file contains the following commands:

This file contains sequential commands to execute in docker. It will create an image of java 8. and also it will copy jar file from host machine to docker image and then run command which is given at entrypoint arguments. Now we will build a docker image by using this Dockerfile.

This command will create a Docker image named book_manager_app to the Docker machine. Here, the -f  command indicates the Docker file name. Now we will run this image as a container.

The --link command will allow the book_manager_app container to use the port of MySQL container and -t  stands for--tty, which will allocate a pseudo-terminal.

After running this command, we will hit http://localhost:10222/book from our host machine browser, and it will return a list of books.

That's all for introductory knowledge of Docker with a simple Spring Boot implementation and MySQL database.

MySQL Setup in Docker for Mac