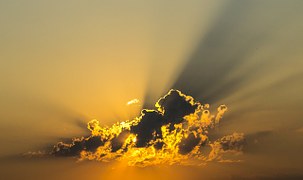 But this news also popped up this week: although cloud sales are going great, actual reported cloud adoption rates are going down across most types of applications. That includes email, productivity apps, analytics apps and collaboration tools. The probable explanation is that we’re nearing the end of the cloudwashing era, where any and all off-premises products or services were labeled as cloud. We’re all smartening up, though, as cloud computing matures and customers demand clarity on what’s actually cloud.

And as cloud matures, hackers are figuring out how to hack into single-tenant cloud systems. Cloud Technology Partners notes that these breaches are a natural outcome of cloud’s popularity, and that they’re often not the cloud provider’s fault. IT should stay proactive on this front, CTP notes, and remember that cloud infrastructure can still easily be more secure than an on-site data center. Out of sight isn’t out of mind for IT, and cloud visibility is entirely possible. There’s also this recent piece on cloud SLAs, and some of the provisions to include for best results.

Also this week, Google Cloud Platform’s VP told InfoWorld that cloud looks different for every one of their customers. Unlike VMware’s virtualization technology, which was quickly adopted in a pretty straightforward way, the path to cloud varies based on business needs and goals. VP Brian Stevens also notes that cloud is often pushed by the CEO now, since it’s seen as critical for business agility.

And here’s a sneak peek of the 2017 State of IT report from SpiceWorks. The gist thus far: SaaS and cloud keep gaining traction, and IT buyers don’t make purchases just for new, cool features. They make them for business reasons that line up with company goals.

Luckily, there are plenty of new, cool technology gadgets to buy for non-work reasons. Enjoy your weekend, whether you’ve got a drone keeping you company or not.